Twenty themed suites, a frozen art gallery and an ice staircase feature in Icehotel‘s first permanent lodgings, which have now been unveiled in Sweden.

The Icehotel 365 is located on the banks of the Torne River in Jukkasjärvi, Sweden – next to the site where a seasonal Icehotel has been erected each winter since 1989. Unlike its temporary counterpart, which is built annually from ice and snow sourced from a nearby river, the year-round Icehotel has an undulating roof that is snow-covered in winter and grassy in summer. 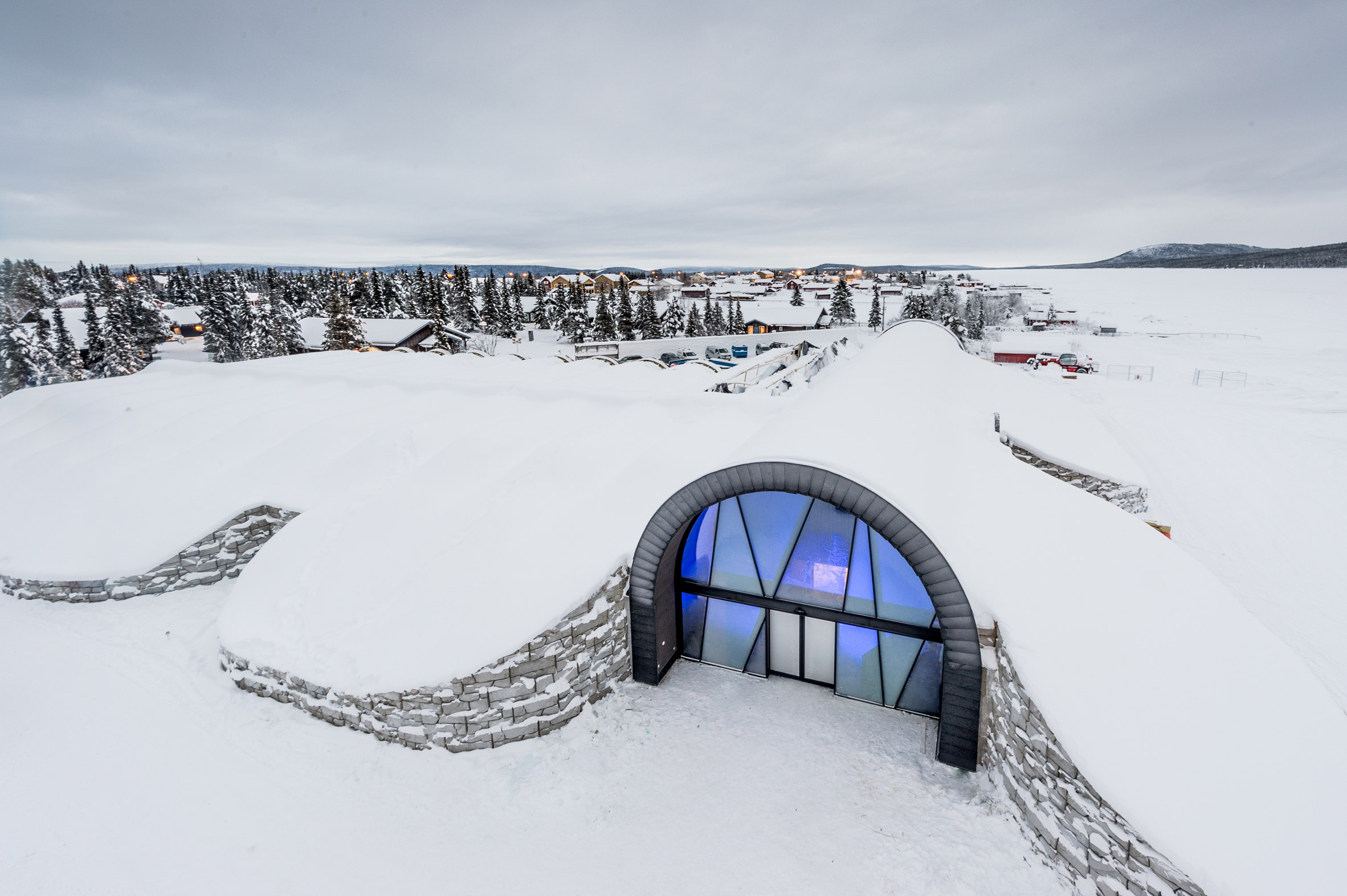 Its interiors have been imagined by over 40 artists, designers and architects, including Norwegian-Italian Luca Roncoroni – who has created an apartment inspired by the Victorian era – and Swedish duo Tjåsa Gusfors and Patrick Dallard, whose suite is based on dancing. 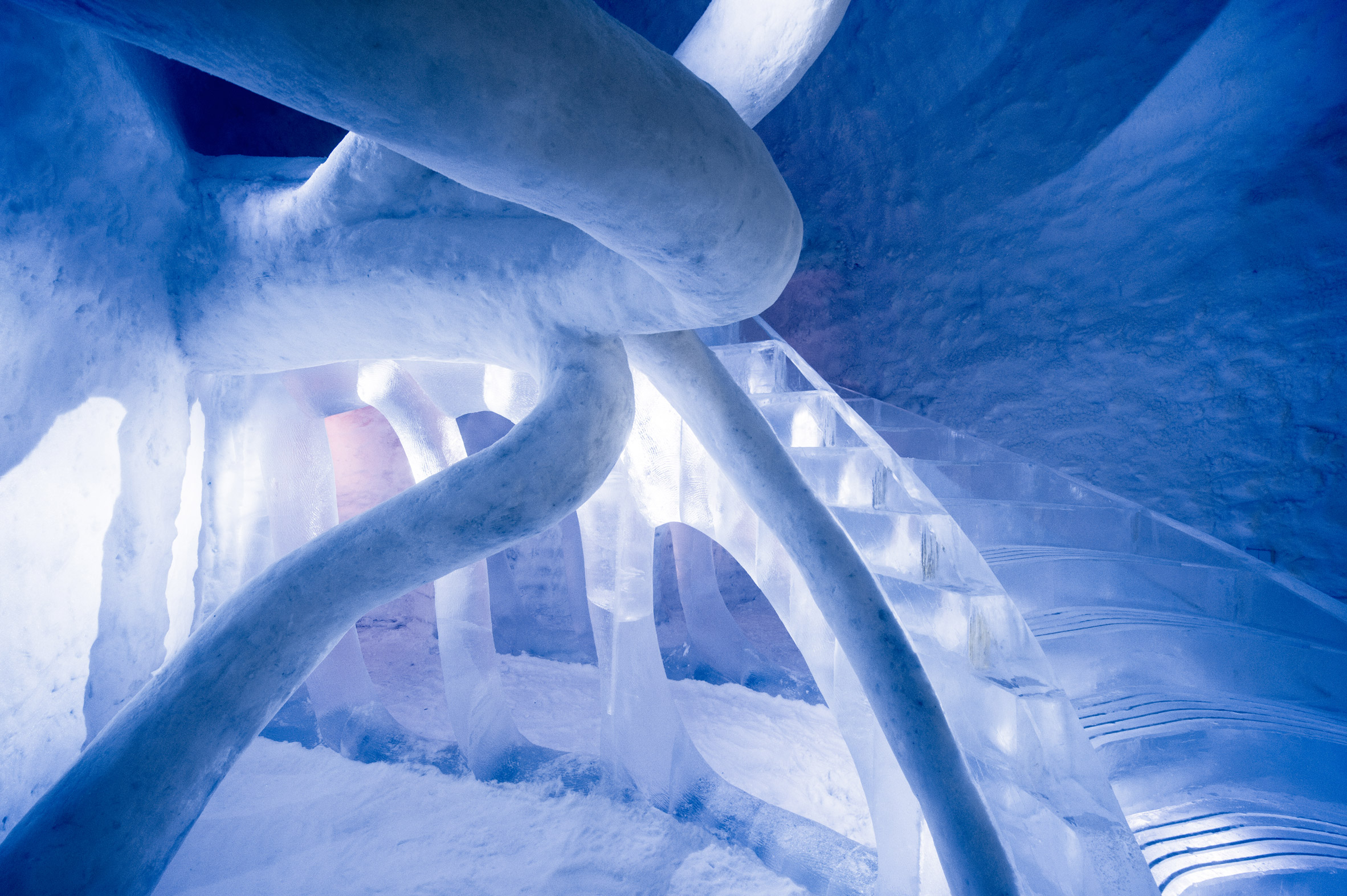 British architects Alex Haw and Aditya Bhatt from Atmos Studio in London have created a “Dreamscape” room, which features a winding ice staircase that leads up to a frozen bed.

As well as the 20 suites, the hotel includes a champagne Icebar and a frozen art gallery. “The nature and environment surrounding the buildings are not only a huge source of inspiration for the Icehotel but are also necessary to create the hotel year on year,” said founder Yngve Bergqvist.

“Previously we said goodbye to our guests in the spring, but thanks to help from the midnight sun we can now can invite them to stay year-round”.

The 27th seasonal Icehotel opened on 16 October 2016 but come springtime will melt back into the river. 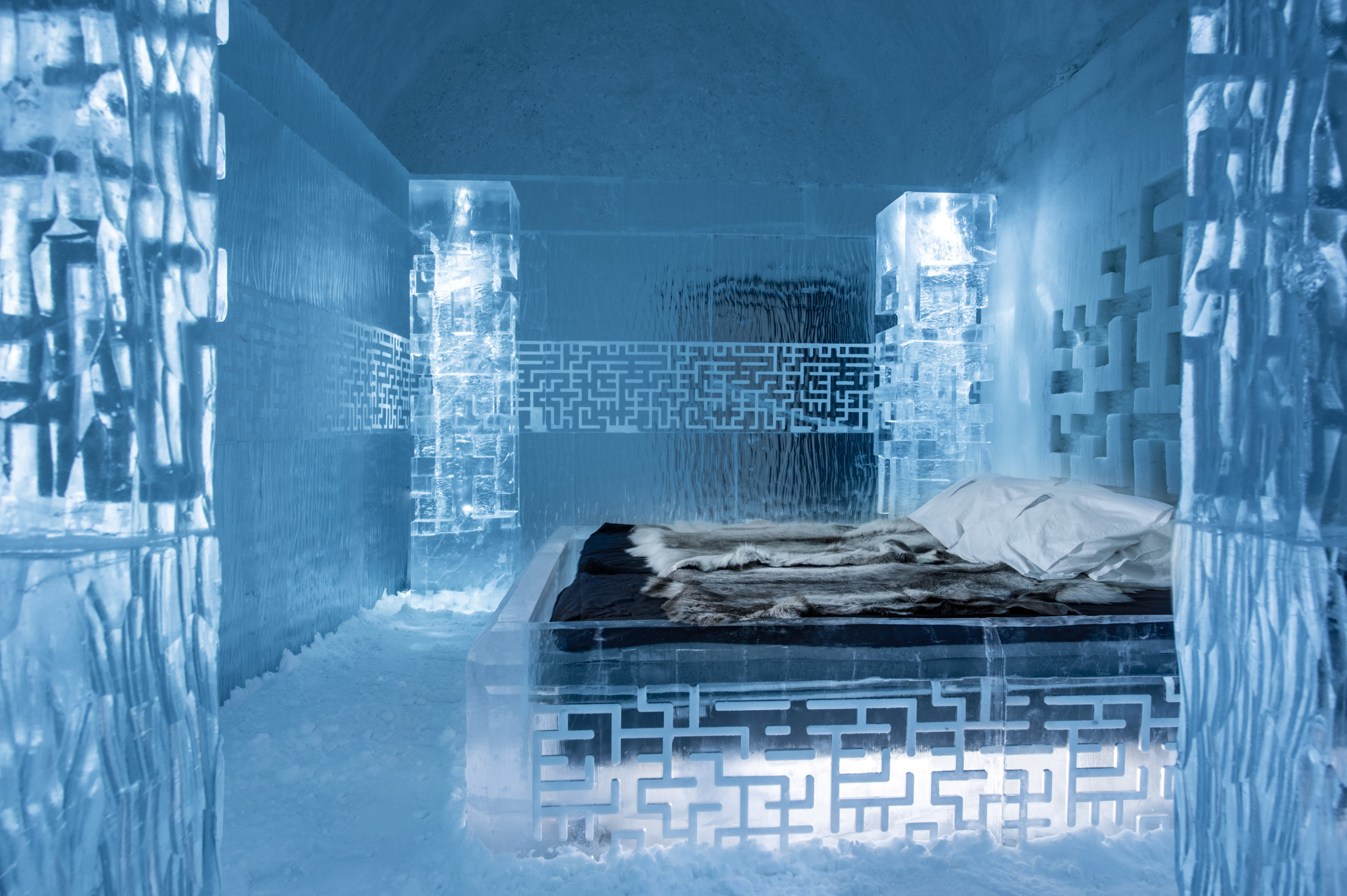 The construction of both hotels took approximately 30,000 litres of water from the Torne River, and the chandeliers alone feature more than 1000 hand-polished ice crystals.

Suites at last year’s Icehotel in the Arctic Circle included a life-sized ice elephant and a recreation of a 1920s cult horror film, while previous editions saw furniture sculpted from single blocks of ice, a Frankenstein-themed room and a recreation of Parisian rooftops.