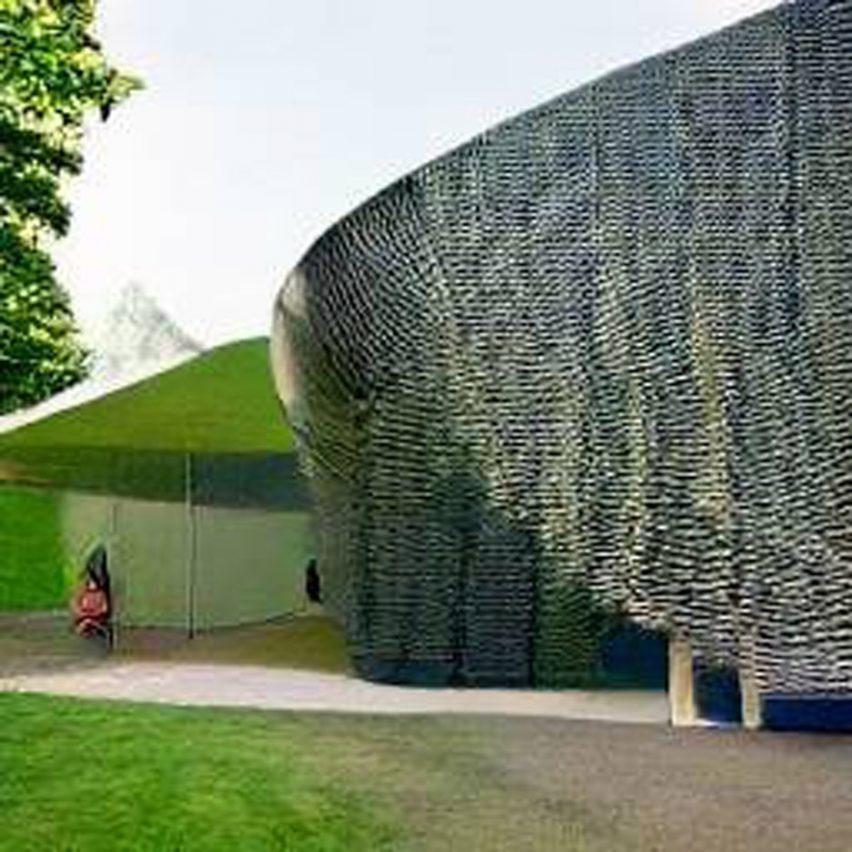 The images were created using the DALL·E mini artificial intelligence (AI) modelling programme. Wainwright, who is architecture and design critic at The Guardian, gave the software a text command to create “next year’s Serpentine Pavilion”.

“I was intrigued to see what a Serpentine Pavilion scraped from the internet might look like,” he told Dezeen.

“Given that the annual commission has become something that is primarily experienced through images on social media, I wanted to reverse the process and see how the combined effect of those images might predict what will come next. But I mainly did it for the lols.”

“The result is surprisingly plausible, being a kind of Frankenstein mashup of all the pavilions that have gone before,” said Wainwright. 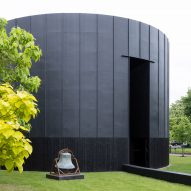 “I find the result is both repulsive and strangely compelling, like the tortured figures of a Francis Bacon painting,” he continued.

“The AI has created a kind of haunted amorphous blob, stuck in a perpetual feedback loop of its own making, which somehow seems fitting for our times.”

Wainwright posted the images on Instagram following the opening of this year’s Serpentine Pavilion, designed by American artist Theaster Gates.

Gates is the first solo artist to have received the prestigious commission, which initially aimed to give architects their first opportunity to build in the UK, since it was launched in 2000. Wainwright suggested that AI could be given the commission in the future.

“Well, if artists are now allowed to design the pavilion, why not let the robots have a go?” he said. “We’re already seeing exhibitions of work by AI artists, but we’re still waiting for the first AI-generated pavilion as far as I know,” he continued.

“They could hook up a neural network to some 3D printers and unleash the full horror of the internet on Kensington Gardens – and sell it as an NFT.”