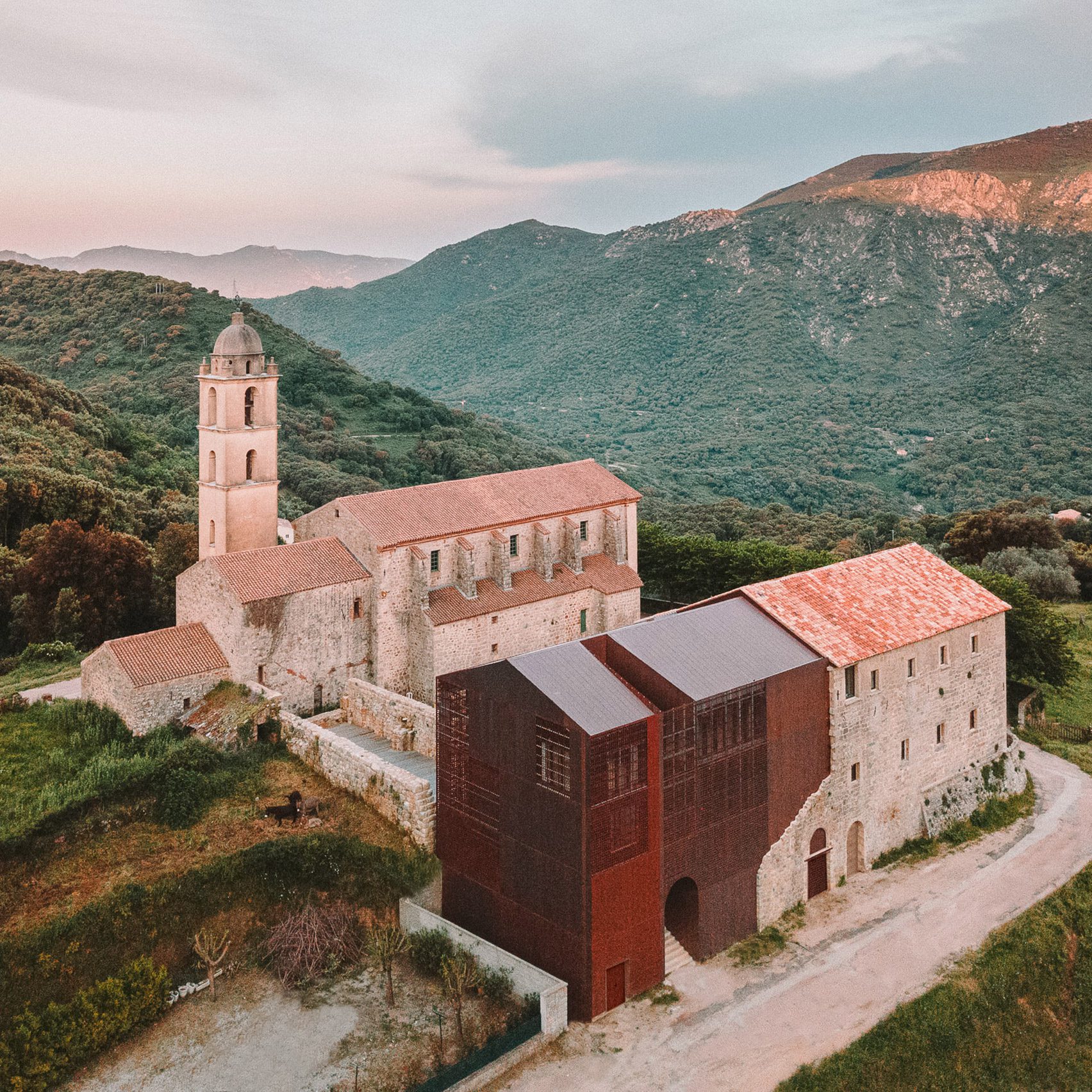 Built in 1480, the part-ruined Saint-Francois Convent is positioned on a hill overlooking a village and mountainous landscape.

Prior to the renovation, the structure had become overgrown with greenery and its stone walls were eroding and crumbling.

Amelia Tavella Architectes looked to preserve the history and essence of the convent by adding a perforated copper extension that adjoined its ruined walls.

“I chose to keep the ruins and replace the torn part, the phantom part, in copper work which will become the House of the Territory,” said studio founder Amelia Tavella.

“The ruins are marks, vestiges, imprints, they also tell the foundations and a truth, they were beacons, cardinal points, directing our axes, our choices, our volumes.”

The building is currently used as a cultural centre for the nearby town.

Its new copper extension houses an exhibition room on its ground floor, a cultural space on its first, and a media library and children’s spaces on the second.

The new volume was designed to follow the plan of the existing building, following the form of the stone wing.

Large arched openings on its ground floor were placed along the exterior of the copper volume and mimic the symmetry of the convent.

The studio explained copper was chosen for the extension for its transforming and weathering properties which, like the ruins, will tell a “story” over time.

“I liked the idea of a possible return to ruin, that the copper could be undone – this possibility is a courtesy, a respect, to the past, to Corsican heritage,” said the studio.

The walls of the copper volume were perforated with small squares that allow light to filter through the walls into the interior corridors.

Light is reflected off the copper through the corridors and onto the stone walls like a “stained glass window of a church”.

Elsewhere in Corsica, Amelia Tavella Architectes built a school using traditional stone and pine that aimed to blend into the surrounding wooded landscape.

The studio also transformed a 1950s residence on the Corsican coastline into a holiday home with ocean views.

Photography is by Thibaut Dini.