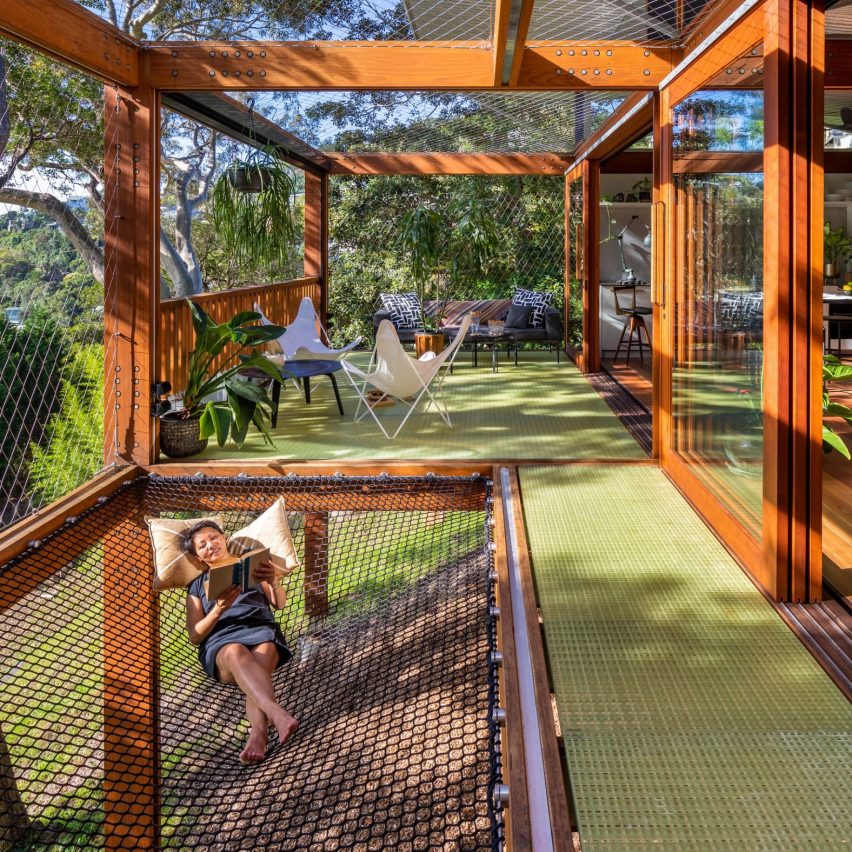 The latest edition of Dezeen Debate features a house on stilts in Palm Beach, Sydney, and PETA’s claim that architects are responsible for billions of bird deaths. Subscribe to Dezeen Debate now!

Australian studio CplusC Architectural Workshop has elevated a house on posts above a sloping site in Sydney’s Palm Beach suburb to create the feeling of being in a treehouse.

Named Balmy Palmy House, the home is designed as “a simple timber structure floating above the steep land” to limit its environmental impact and align the building with the scenic bushland canopy.

Some readers picked up on the net flooring that was used to create a hammock-like space beside the treetops, concluding that it was designed to ward off  “possums or crocodiles, who don’t like netting” while others reckoned “they keep out nosy and very loud birds”.

Other stories in this week’s newsletter include an exclusive interview with PETA, in which the animal rights organisation attributes billions of bird deaths to the “simple indifference” of architects designing glazed and mirrored buildings.

Dezeen Debate also featured a concrete-block holiday home in Japan by KKAA YTAA and a story about how Hollywood actor Brad Pitt has agreed to a $20.5m settlement for owners of defective homes built by his Make It Right foundation in New Orleans in the wake of Hurricane Katrina.

Dezeen Debate is a curated newsletter sent every Thursday containing highlights from Dezeen. Read the latest edition of Dezeen Debate or subscribe here.

You can also subscribe to Dezeen Agenda, which is sent every Tuesday and contains a selection of the most important news highlights from the week, as well as Dezeen Daily, our daily bulletin that contains every story published in the preceding 24 hours.

The post Dezeen Debate newsletter features a "fantastic treehouse" in the bush of Sydney's Palm Beach appeared first on Dezeen.