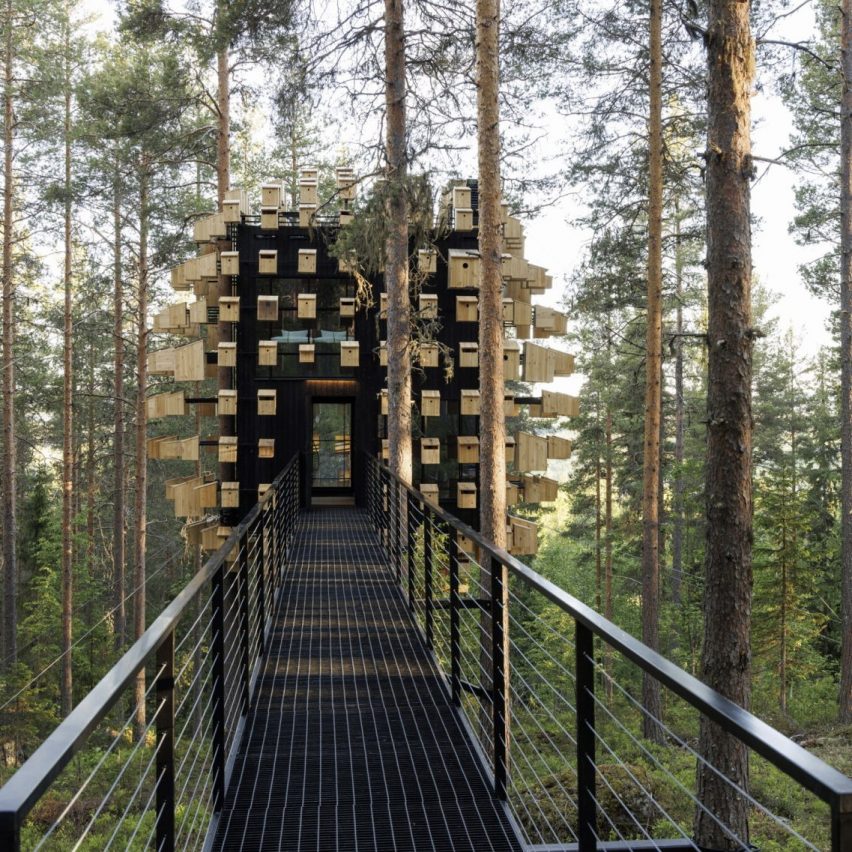 Danish architecture studio BIG revealed its design for the Treehotel in Swedish Lapland. Named the Biosphere treehouse, the suspended hotel room is covered with 350 birdhouses in a bid to increase local bird populations.

The hotel room features large windows for observing birds and the surrounding forest, creating an interesting experience for guests.

But readers aren’t convinced by its practicality. “BIG really needs to get small,” wrote one.

Dezeen Debate is a curated newsletter sent every Thursday containing highlights from Dezeen. Read the latest edition of Dezeen Debate or subscribe here.

You can also subscribe to Dezeen Agenda, which is sent every Tuesday and contains a selection of the most important news highlights from the week, as well as Dezeen Daily, our daily bulletin that contains every story published in the preceding 24 hours.