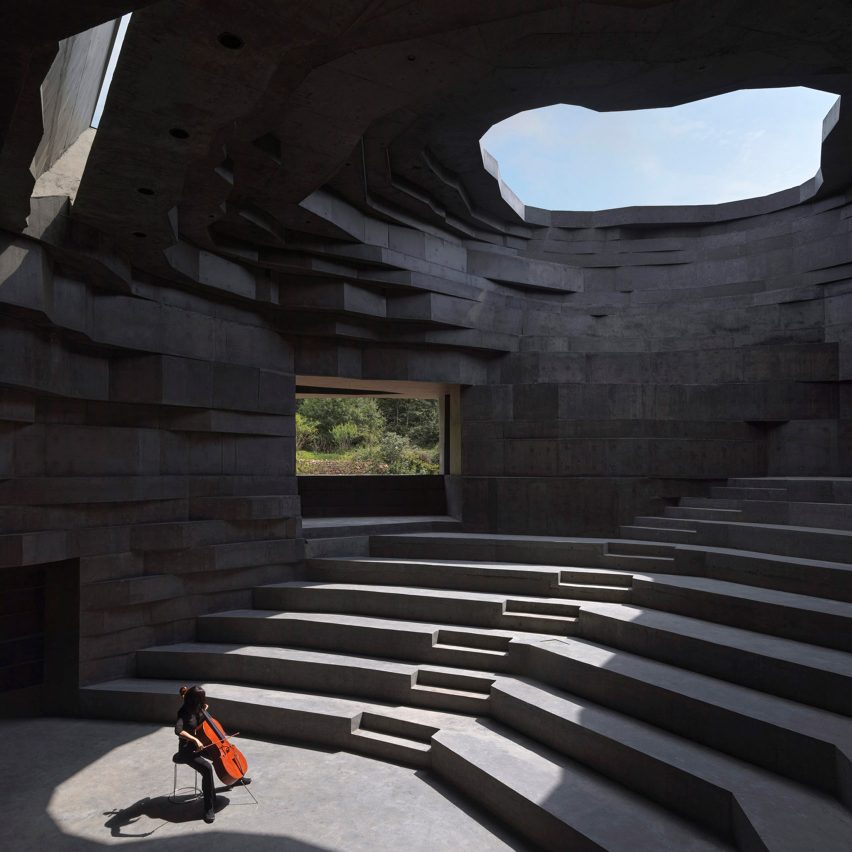 At the end of yet another big year for Chinese architecture, Dezeen’s China editor Christina Yao continues our review of 2021 by picking out 10 of the most impressive projects completed in the past 12 months. 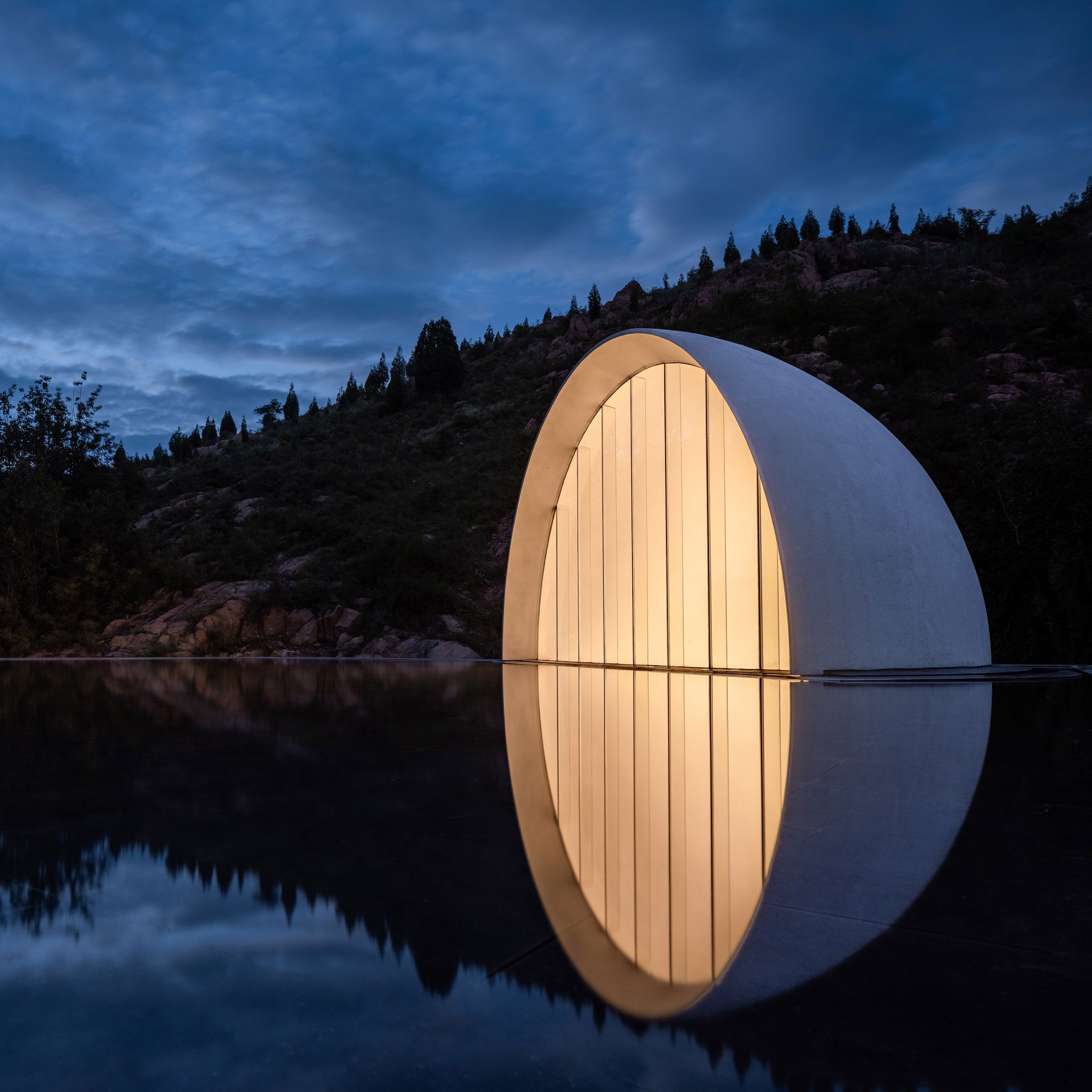 Set in the dramatic landscape surrounding Mount Tai, this ceremonial hall is topped with a semicircular window that reflects on a pool of water to create a moon-like effect when illuminated.

Syn Architects used rock, stone and concrete on the walls and floors of the structure as a nod to the surrounding landscape.

Find out more about Hometown Moon ›

Named Peach Hut, this tinted concrete community pavilion and bar was designed by Atelier Xi to overlook a field of peach trees in Henan Province.

The building is the first of seven small pavilions that are being built in the region as small community centres.

Find out more about Peach Hut ›

This performing arts building, designed by Studio Zhu-Pei, has a rectangular roof that spans a landscape of free-flowing indoor and outdoor spaces.

Its undulating outline was designed to mimic the surrounding mountains, while the roof’s underside is covered by wooden battens arranged like a bird’s nest.

This monolithic open-air concert hall was built entirely from concrete to resemble a piece of natural rock. It was designed by OPEN Architecture to blend into the surrounding mountainous landscape.

The structure is composed of a series of layers, each of which cantilevers out from the previous layer to create an inverted cone shape, with the studio claiming that the resulting good acoustics omits the need for additional sound-absorbing materials.

Find out more about Chapel of Sound ›

Designed to reflect the shapes and geometry of outer space, the world’s largest astronomy museum in Shanghai has no straight lines or right angles.

Cast in seamless white concrete, the structure of this library has a unique amorphous, flowing form. The building’s interior and exterior were cast as one vessel, without any right angles.

Large curved cut-outs on the building, which was designed by MAD, frame the surrounding sea views.

Find out more about Cloudscape library ›

Instead of containing all of its learning spaces in a single building, the Qingpu Pinghe school features a variety of unusual structures, including a theatre and library known as “the blue whale” (above).

The aim, according to OPEN Architecture, was to find an alternative to the “school-as-megastructure” model. The studio explained that this design concept was informed by the African proverb, “it takes a village to raise a child”.

Sat among rows of identical apartments blocks, this “social condenser” created by Steven Holl was intended to bring the community together by providing a new public space.

The cultural and health centre comprises a pair of concrete buildings punctured by irregular openings.

Holl explained that the use of green space, fresh air and natural light was an attempt to respond to health concerns raised during the Covid-19 pandemic.

Find out more about Cofco Cultural and Health Center ›

The thoroughfare references traditional Chinese shopping streets and is punctuated by pedestrian bridges.

Neri&Hu used a modern interpretation of Chinese vernacular architecture for this whisky distillery.

With Mount Emei as a backdrop, its design is intended to celebrate the rural setting and represent the Chinese notion of the duality of natural elements.

Concrete and stone were used throughout the site, while materials like wood and copper pay homage to the history of whisky production.