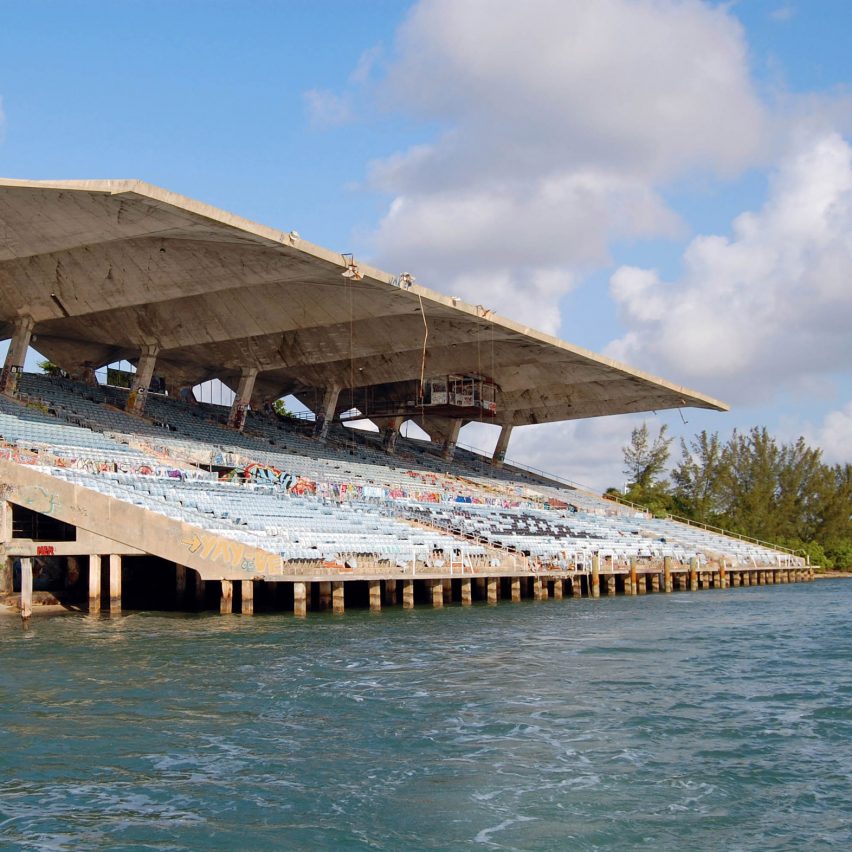 Conservation group Docomomo has selected 11 of the most significant 20th-century buildings that are at risk of demolition in the USA.

Twentieth-century architecture is increasingly under threat in the USA as modernist, postmodernist and brutalist buildings are being raised to be replaced by new structures.

“It is a critical moment for modern architectural sites in the US,” explained Docomomo US executive director Liz Waytkus.

“Many sites are now 50-70 years old and suffer from years of deferred maintenance and the perception they are obsolete,” she told Dezeen. 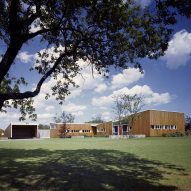 Prompted by the recent demolition of the Marcel Breuer-designed Geller house, the US branch of conservation group Docomomo selected 11 buildings from across the country that are in danger of being lost.

Waytkus believes that the US is at a critical juncture in the battle to conserve modern buildings due to the current economic climate.

“With land values high and interest low, owners and municipalities are looking to make the highest return on these investments by offloading properties or constructing something shiny and new,” she said.

“Combine that with a lack of understanding or interest in the design, and it is a recipe for disaster.”

Read on for Docomomo US’s selection of the country’s most significant under-threat building:

Designed in the 1960s by Cuban-American architect Hilario Candela, the Miami Marine Stadium was originally built as a venue to host powerboat races.

The landmark brutalist structure became a hub for cultural performance and other gatherings from the time construction finished in 1963 until its closing in 1992 following the devastation of Hurricane Andrew.

The building has sat vacant for almost thirty years, and restoration projects have come and gone due to delays and inflation. The most recent restoration proposal will cost close to $61.2 million and the city of Miami is faced with the decision of whether or not to move forward with the restoration advancements.

Milwaukee’s Mitchell Park Domes are unlike any other domes in the world. Their cone-shaped design was patented and never replicated.

Designed in 1959 the structure has served as host to many different events and now acts as The Mitchell Park Horticultural Conservatory, which contains different plant species from all around the world.

They have been subject to discussion of demolition due to their expensive upkeep and a plan of “re-envisioning” the domes has been brought forward to revitalize the landmark over the next 50 years for the cost of $66 million. Whether or not this revitalization plan will work is dependent on political momentum as well as further planning and fundraising to make the preservation possible.

Located on Philadelphia’s historic Race Street, Roundhouse is a curvilinear pre-cast concrete structure designed for the Philadelphia Police Administration and has functioned as its headquarters since its completion in 1962.

Designed by architects Geddes, Brecher, Qualls & Cunningham was only the second building in the United States to use the Dutch Schokbeton system of precast concrete production. It features an open floor plan and curvy exterior details that catch the eye.

With the departure of the police force from the building later this year, the city of Philadelphia is seeking input on what the building could potentially become.

Completed in 1939, Willert Park Courts was constructed as the first public housing complex in Buffalo specifically for Black residents, built under the US Housing Authority, newly established at the time.

Local advocates have been working to save the site for over fifteen years. Willert Park has been determined eligible for listing on the National Register of Historic Places but the Buffalo Municipal Housing Authority (BMHA) has continued to block the nomination.

Henry Louis Taylor, a professor at the University of Buffalo, has accused the city of cherry-picking the historic resources to which it allocates funding. “The failure of the Buffalo Municipal Housing Authority to work with the preservation society in the restoration of Willert Park is an example of systemic and structural racism,” he said.

When the Lloyd Center opened in August 1960 it was advertised as the world’s largest shopping mall.

It was designed by John Graham Jr, architect of Seattle’s famed Space Needle, and originally had an entirely open-air plan. It was home to specialty shops including toy companies and chocolatiers, and it featured the ice-skating rink where Tonya Harding learned to skate.

In the 1990s, the mall was enclosed, and a food court was added. Since then, it has been on a continuous decline and has lost shoppers and businesses due to the pandemic, including its last department store. Most recently, the 23-acre mall has been the subject of potential repossession by a real estate firm for demolition.

No list of threatened sites in the United States would be complete without the inclusion of this project designed by Paul Rudolph.

Opened in 1971, the monumental Boston Government Service Center was designed to showcase public confidence in the future of Boston through a series of interconnected buildings and a plaza that recalled the amphitheatres of antiquity.

The site as conceived was never completed and has suffered from the effects of deferred maintenance, fencing, as well as the abandonment of the plaza and street-facing public areas, which have since been converted to parking lots. While still in use today, the State of Massachusetts has sent out a long-term lease proposal for the Hurley Building portion of the site to developers in order to realize the tower that was never built.

In their request for development proposals, the State changed its position on total demolition based on feedback from Massachusetts Historical Commission and public opinion. But it is difficult to see how the project could move forward without some demolition and the expected obliteration of the Costantino Nivola murals.

Opened in 1948, this was the first building designed by SOM to be widely published in magazines like Time, Life, Architectural Forum, and Harper’s. The Terrace Plaza Hotel has been closed since 2008 and the building continues to sit empty suffering from demolition by neglect.

It was the first International-style hotel built in the United States and the first major work of Natalie de Blois who was the chief architect and designer for all the interiors, furniture, tableware, textiles, uniforms, graphics, ashtrays and even the matchbooks.

Now up for auction, the hotel has the opportunity to find developers who understand and appreciate the value of such a historic site and can become its stewards in the 21st century.

Completed in 1989, this postmodern office tower designed by Kevin Roche, John Dinkeloo and Associates is bold in form and daring in its execution, borrowing many elements from classical architecture.

A 2019 proposal by Kohn Pedersen Fox would strip the building’s base of Roche’s chamfered double columns that are a nod to the classical design of the formerly adjacent Customs House from 1842.

Roche’s columns are essential to the design and are ingeniously duplicated at the top of the building with the use of layers of ribbon windows to produce an illusion of bundled pilasters forming the corner offices.

In the early 1940s Marcel Breuer purchased land on Cape Cod, where he planned a colony of experimental modern homes. Inspired by rustic New England cabins, Breuer conceived what was to become one of his two main house types, the Long House.

Though the colony never materialized, Breuer’s friends still made their way to Wellfleet where Breuer experimented with forms that would make their way into some of his most important projects.

The Breuer Cottage remains in the hands of the family and is his final resting place. The house’s simple design, which was without heating but included electricity and running water, has had years of deferred maintenance.

The cottage remains remarkably intact, yet for a site with so much history of this Bauhaus master, the house is acutely underbuilt for the site and in an area of Cape Cod with soaring real estate prices and pressure on the land.

It was designed by architect Edward Charles “Chuck” Bassett of SOM and Peter Walker of Sasaki, Walker and Associates. Completed in 1971, the Weyerhaeuser Company’s headquarters is significant for its remarkable landscape design including its site planning, integration of built and natural environment, and planting schemes.

The current owners of the property plan to build 1.5 million square feet of speculative warehouse space that could negatively impact historic views and compromise the original structure’s relationship to the site.

Designed by William L Pereira, the Chet Holifield Federal Building was determined eligible for listing in the National Register in 2016 as a rare ziggurat building.

Completed in 1971, the building was designed for, but never actually occupied by, the North American Rockwell Aerospace Corporation. The US General Services Agency (GSA) acquired the property for use as a federal building in 1974. The seven-story, million-plus-square-foot building is notable not just for its massive scale but for its unusual stepped and tiered configuration with textured precast concrete cladding, dramatically angled details, and broad bands of dark glazing.

The GSA is preparing to sell the Chet Holifield property as part of a larger governmental cost reduction strategy.

The main image is by Sulfur.

The post Eleven of the most under-threat modern buildings in America appeared first on Dezeen.