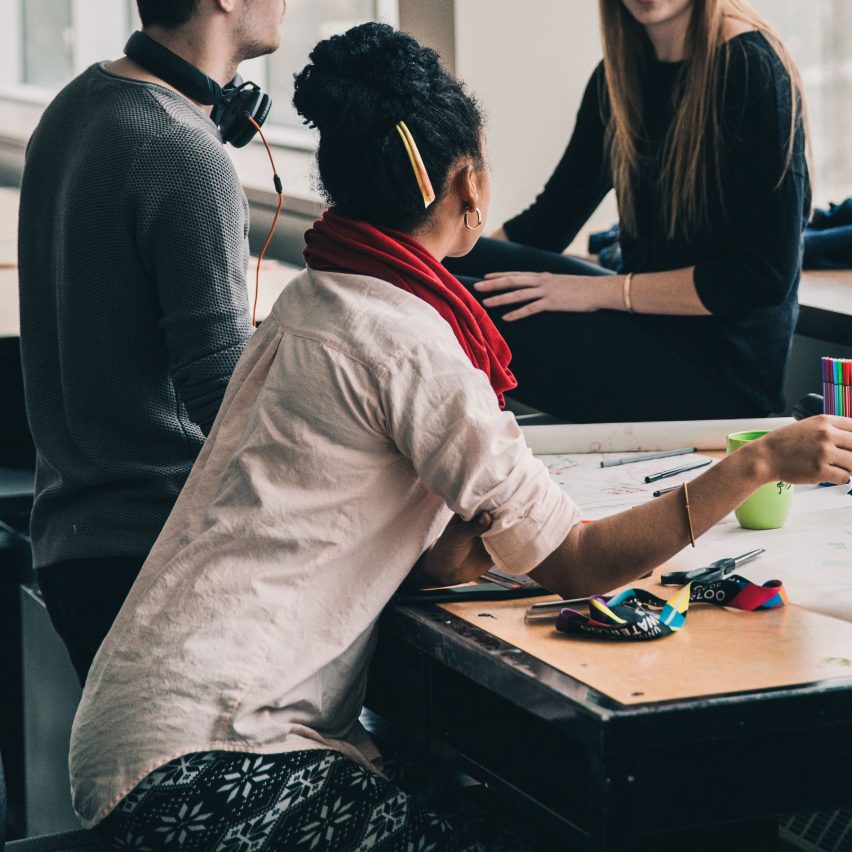 The gender pay gap has widened at six out of the UK’s 13 biggest architecture studios over the past year including Foster + Partners and AHMM, official data shows.

Yesterday was the deadline for publishing data on gender pay gaps for the financial year 2021/22. Companies with at least 250 UK employees are legally required to report.

In total 13 architecture studios reported data, including Grimshaw and PRP Architects, which both have less than 250 staff but did so voluntarily.

Analysis of the figures by Dezeen found that across the 13 architecture studios, the mean hourly pay of women was 16.5 per cent lower than for men.

The means were calculated by dividing the total wage bill for each gender by the number of staff of that gender at the studio. This means that for every £1 earned by men working at the UK’s largest architecture firms, women on average earned only 83.5p. 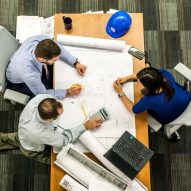 Employee-owned AHMM, which was co-founded by Royal Institute of British Architects president Simon Allford, had the biggest mean gender pay gap for 2021/22 at 27.5 per cent, up from 24.5 per cent the previous year.

Stride Treglown, Sheppard Robson, PRP Architects and Pick Everard were the other firms where the mean hourly pay gap grew in the past year. However, at the first three of these studios the gap remained below the 16.5 per cent average for all 13 firms.

The studio has an even gender split among its architects aged under 30, she added, “which bodes well for the future”.

BDP, the country’s second-largest practice, reported a mean hourly pay gap of 23.6 per cent, the second-widest among those captured. This was a slight improvement on 24 per cent in 2020/21.

Its median hourly gender pay gap reduced significantly, from 20.3 per cent to 11.6 per cent.

No studios with gender parity among top earners

The studio with the smallest mean hourly pay gap reported was TP Bennett with 7.7 per cent, while the smallest median pay gap was at Allies and Morrison at 7.3 per cent.

Independent architecture school the Architectural Association also published figures. It had a mean hourly pay gap in 2021/22 of 2.2 per cent and a median gap of zero – meaning women and men were paid the same.

Companies were also required to report breakdowns of the percentage of women in each pay quarter.

These figures showed that there were eight architecture firms where women make up 50 per cent or more of staff in the lowest-paid quartile, but none where they make up that many in the top pay quartile.

At AHMM and PRP Architects the percentage of better-paid jobs occupied by women went down between 2020/21 and 2021/22. 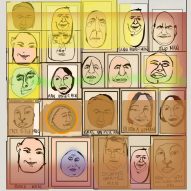 Dezeen recently published research on the number of women in senior roles at the world’s 100 largest architecture firms, showing they still make up just one in five of the top jobs despite an increase over the last five years.

On bonus pay, there were five firms where more women than men received a bonus in 2021/22, five where it was vice versa, one where it was an equal split and two where no bonuses were paid.

But at all 11 firms which paid bonuses men were awarded more than women on average.

There were huge differences in mean bonus pay at the UK’s three largest architecture firms of Foster + Partners, BDP and ZHA – at 70 per cent, 68.5 per cent and 61.7 per cent respectively.

At multiple firms, including Foster + Partners, the median bonus pay gap was much narrower than the mean bonus pay gap, suggesting that a small number of men were handed very large bonuses which skewed the average.

Sheppard Robson and Pick Everard had no median bonus pay gap at all for 2021/22 despite large disparities on this metric reported in 2020/21.

Dezeen approached all the firms mentioned in this story for comment and the responses from those that replied are below.

AHMM
A spokesperson said: “As we’ve noted in our accompanying report, salaries remained static during this period, and so the change in this year’s figures is largely due to movement within the quartiles, including a significant number of women joining the practice within the lower salary quartile. These factors explain some of the data underlying our pay gap figures, but of course this is not the position we had wanted to find ourselves in and it is something we will be continuing to focus on as a priority.

“One example of the actions we have taken over the last year is a comprehensive review of our architectural grade structure which has provided greater clarity for employees on paths to progression. At the same time, we have significantly improved our parental leave support to 13 weeks at full pay for all parents.

“We are currently engaged in developing a mentoring programme, a structure review in our support teams, and development of our approach to flexible working. With the support of our Equity, Diversity and Inclusion and Gender Pay Gap working groups, we are committed to becoming a more diverse and inclusive practice where women and men are supported equally in their careers.”

BDP
BDP said it did not have a direct comment but referred to its latest full report on gender pay gap figures for commentary.

Stride Treglown
Caroline Mayes, people and development director, said: “Stride Treglown believes its average gender pay gap is primarily caused by having fewer women at senior grades in the practice. Increasing female representation in senior roles and grades constitutes a major focus for our efforts in reducing our gender pay gap. We haven’t been in a position to recruit senior female talent in recent years, and are concentrating on nurturing our female members of staff many of who we hope will become the future leaders of the practice. As our figures show, we have a 50/50 gender split among our architects under 30, which bodes well for the future.

“Our mean and median hourly pay gap has continued to decrease over the 5 years of UK gender pay gap reporting. The overall difference between men’s and women’s hourly pay based on a snapshot on the 5th April 2021 is 15.9 per cent (mean) and 18.6 per cent (median). These percentages exclude those individuals on furlough or other forms of reduced pay.

“In our previous gender pay report we highlighted how furlough had artificially decreased our gender pay gap by a percentage point compared to reporting on everyone employed by the company during the 2020 reporting period.

The photo is by Brodie Vissers.