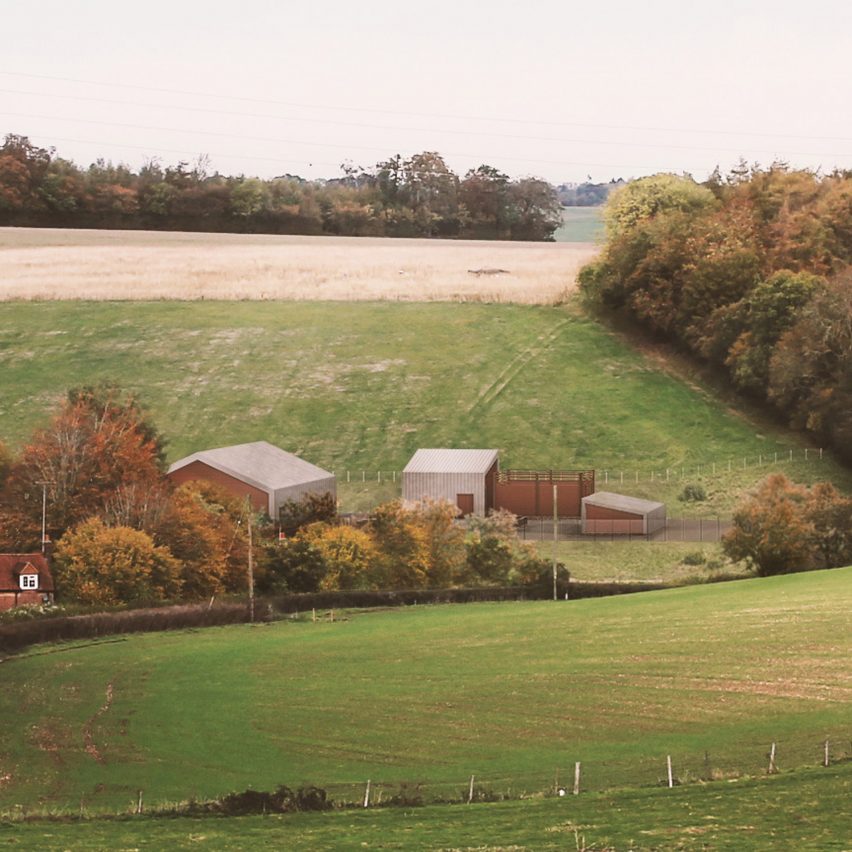 Architecture studio Grimshaw has revealed its latest barn-shaped ventilation shaft that will be built near Chalfont St Giles in the Chilterns as part of the UK’s HS2 high-speed railway.

Designed as the partner to the Chalfont St Peter ventilation shaft, which was also designed by Grimshaw, the headhouse building for the shaft will be disguised as barn to lessen its impact on the surrounding countryside.

As with the shafts at Chalfont St Peter, Little Missenden and Amersham, the Chalfont St Giles shaft will provide ventilation to a 10-mile-long tunnel that is being built for High Speed 2 (HS2) under the Chilterns Area of Outstanding Natural Beauty (AONB).

Set within a fold in the Chiltern hills near the village of Chalfont St Giles to the north-west of London, the shaft will be topped by several structures designed by Grimshaw to resemble a grouping of agricultural buildings.

Clad in pre-weathered grey zinc, the single-storey main headhouse will have a form similar to a barn. Its cladding will be contrasted with bronze coloured gable ends and doors.

Alongside the main building, a transformer substation and ventilation outlet with single-pitched roofs will also be clad in zinc.

The whole fenced grouping will be built on a blue brick base.

The group of buildings along with access hatches will stand above a large basement structure containing ventilation equipment to regulate air quality and temperature in the tunnel 43 metres below.

It will also include safety equipment to remove smoke in the event of a fire and be an access point for emergency services.

Grimshaw collaborated with Align JV – a team made up of Bouygues Travaux Publics, Sir Robert McAlpine and VolkerFitzpatrick – and its design partners Jacobs and Ingerop-Rendel on the plans for the ventilation tunnel.

HS2 is a high-speed railway line that will link the UK’s two largest cities – London and Birmingham – and extend north in two branches to connect Manchester and Leeds. The London-Birmingham section is scheduled to complete in 2033 with the entire project due to be finished in 2035.