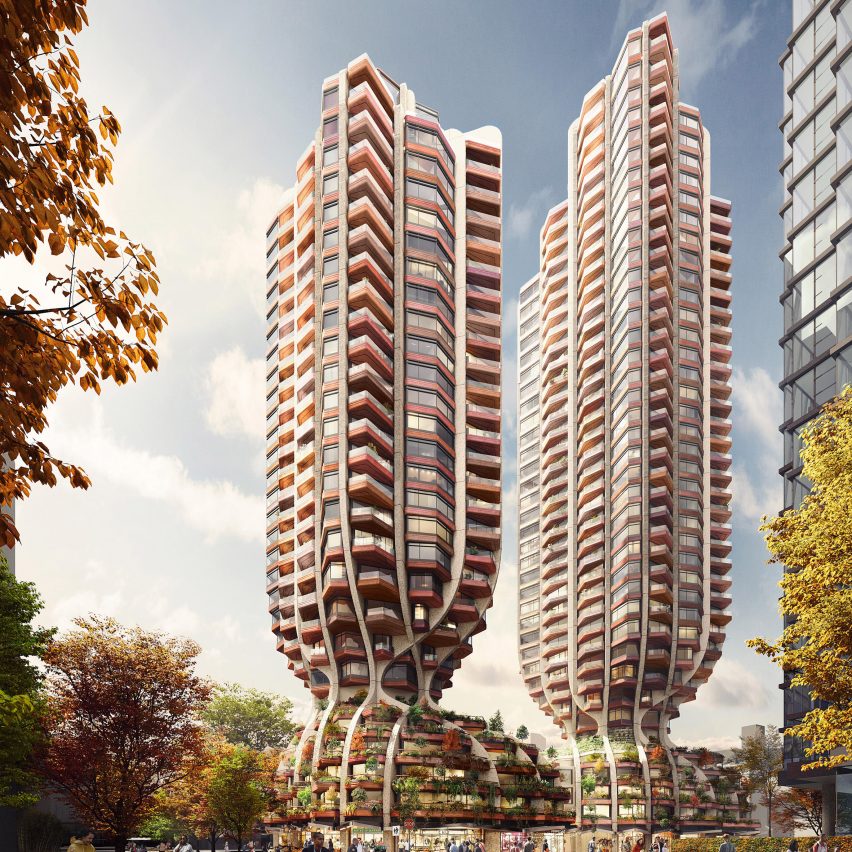 British architecture and design firm Heatherwick Studio has unveiled visuals of a pair of residential skyscrapers planned for Vancouver, Canada.

The high-rise buildings will be located on Alberni Street in Vancouver’s West End neighbourhood. 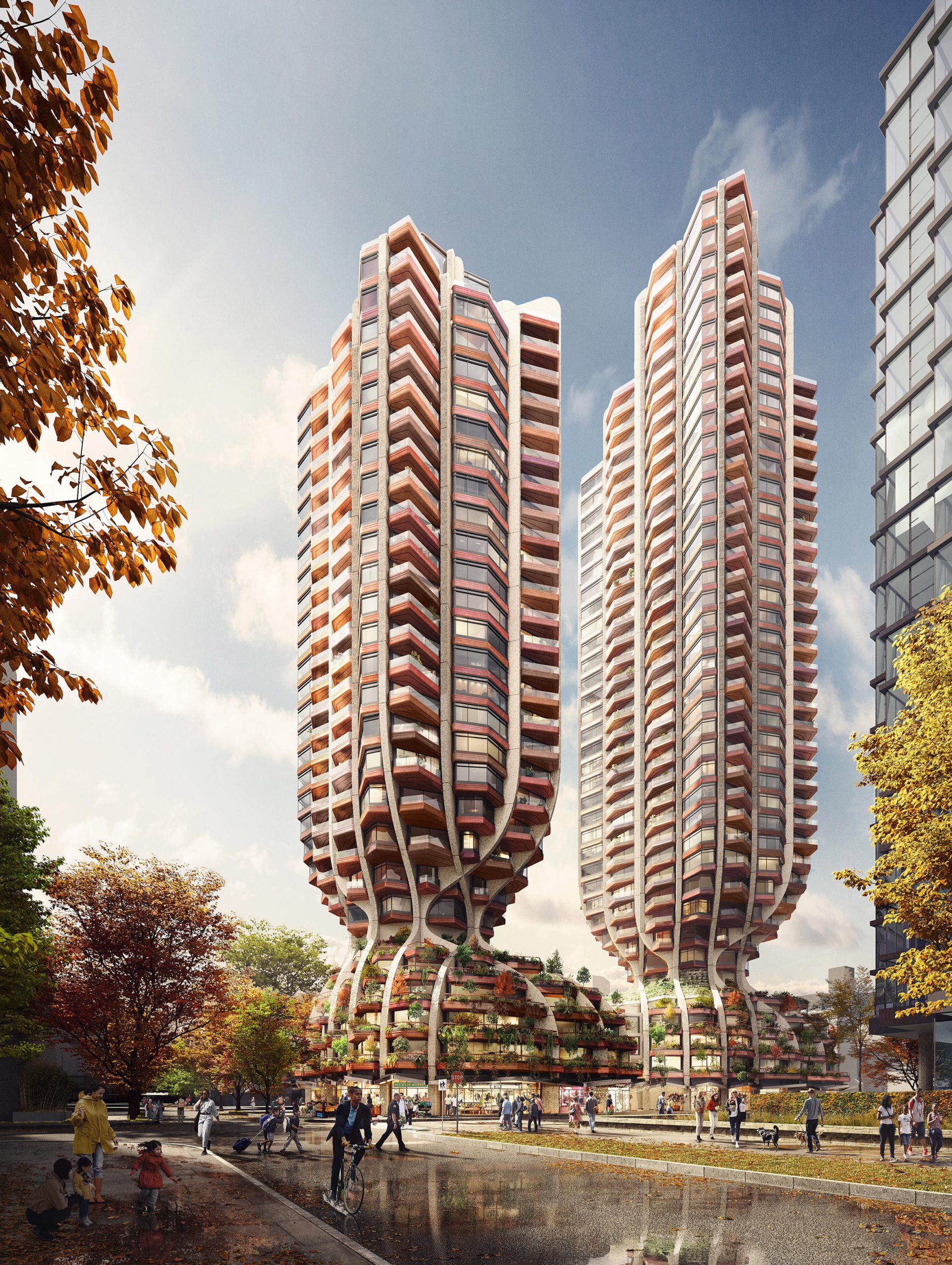 Renderings show two irregular-shaped towers studded with angled balconies that form a bottleneck towards the base and then open up to a shared podium. 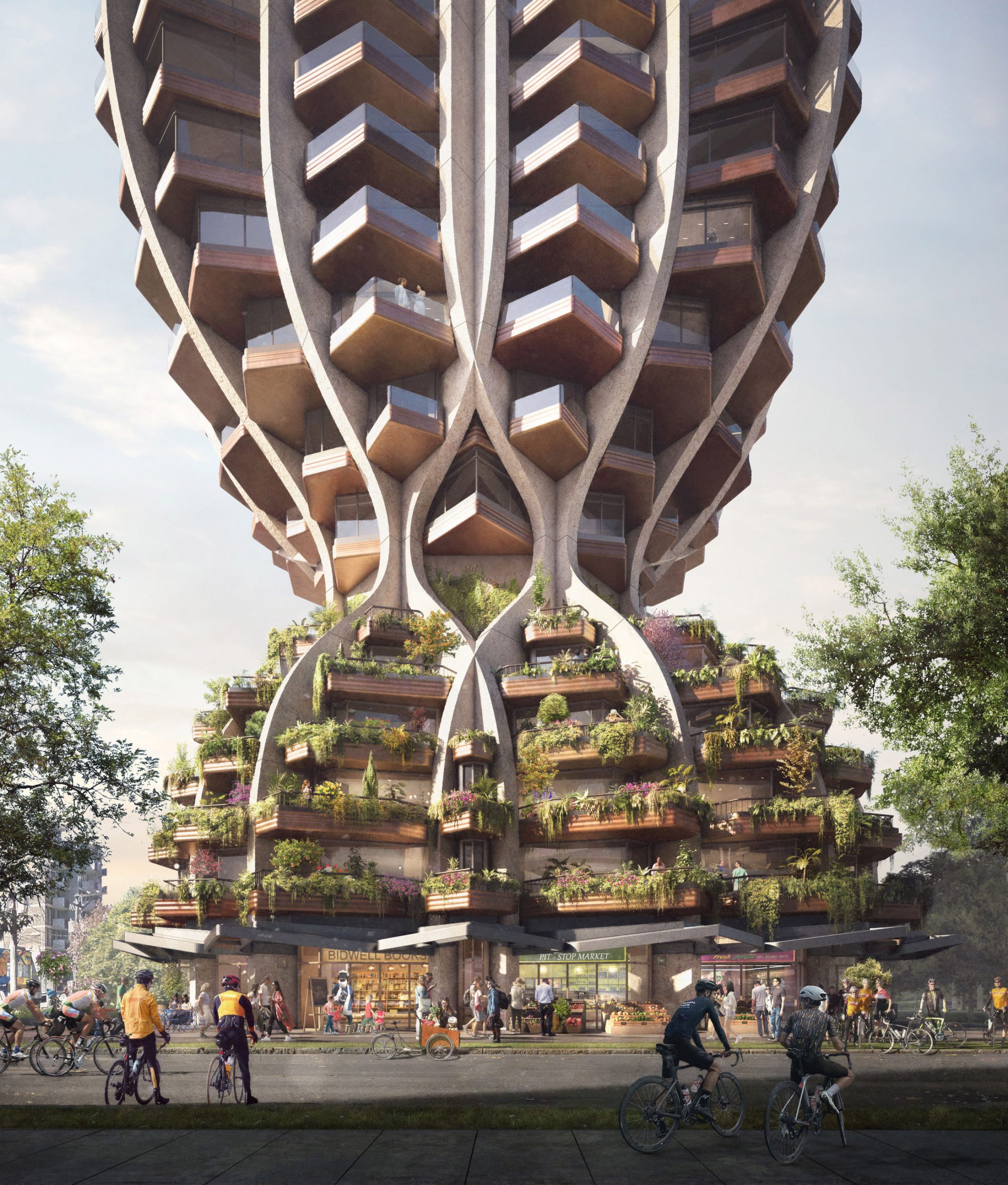 Renderings show balconies, terraces and niches spilling over with plants. Heatherwick Studio has recently focused on biophilic design, with projects including a Maggie’s Centre in the UK and a skyscraper in Singapore with plant-filled balconies. 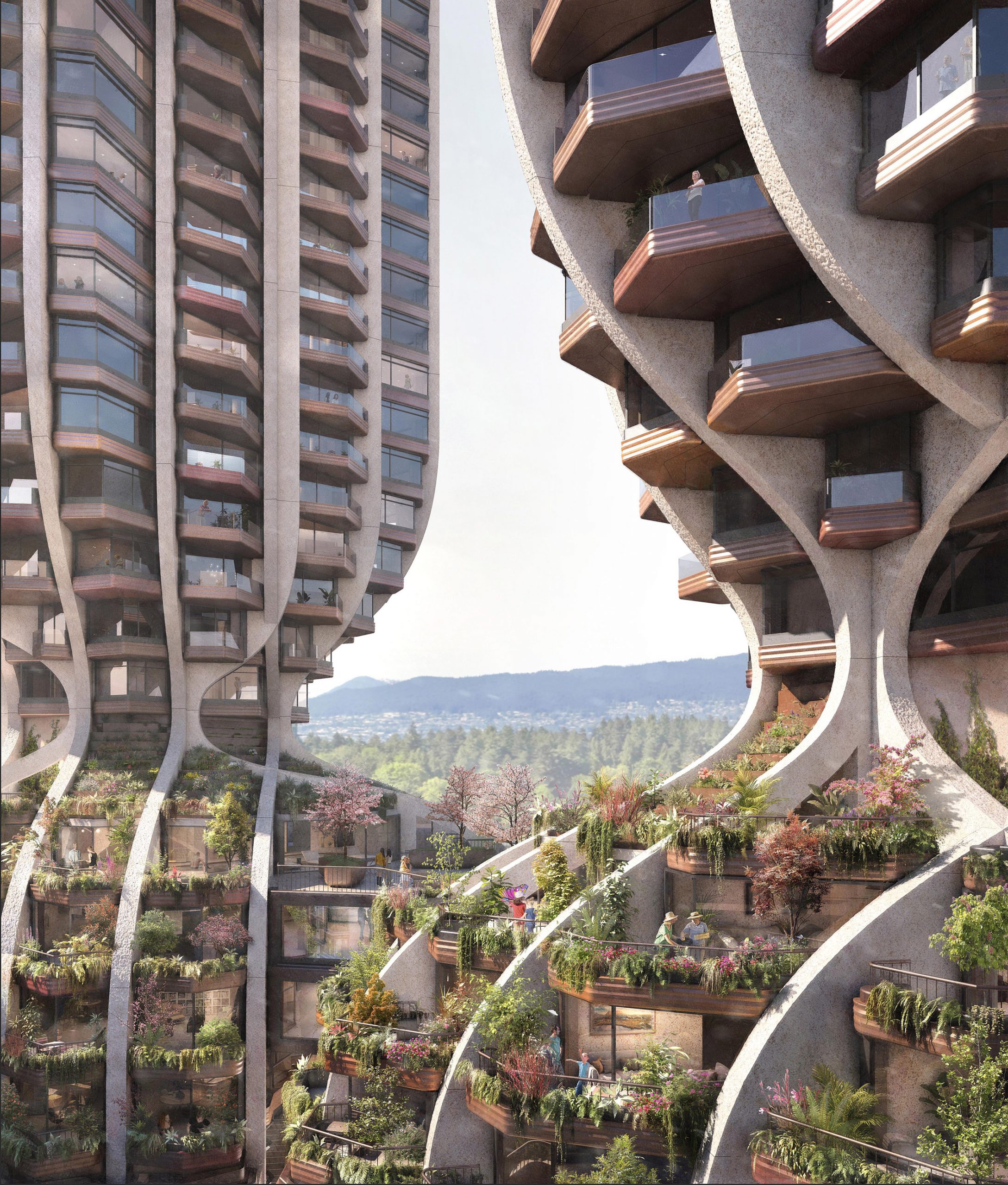 The proposal estimates the project will include 401 homes, a childcare facility and enough parking space for over 500 bicycles.

At 105 and 117 metres tall, the project represents the first high-rise project in Canada for the practice.

The Alberni Street project is being undertaken for a pair of developers, Bosa Properties and Kingswood Properties. 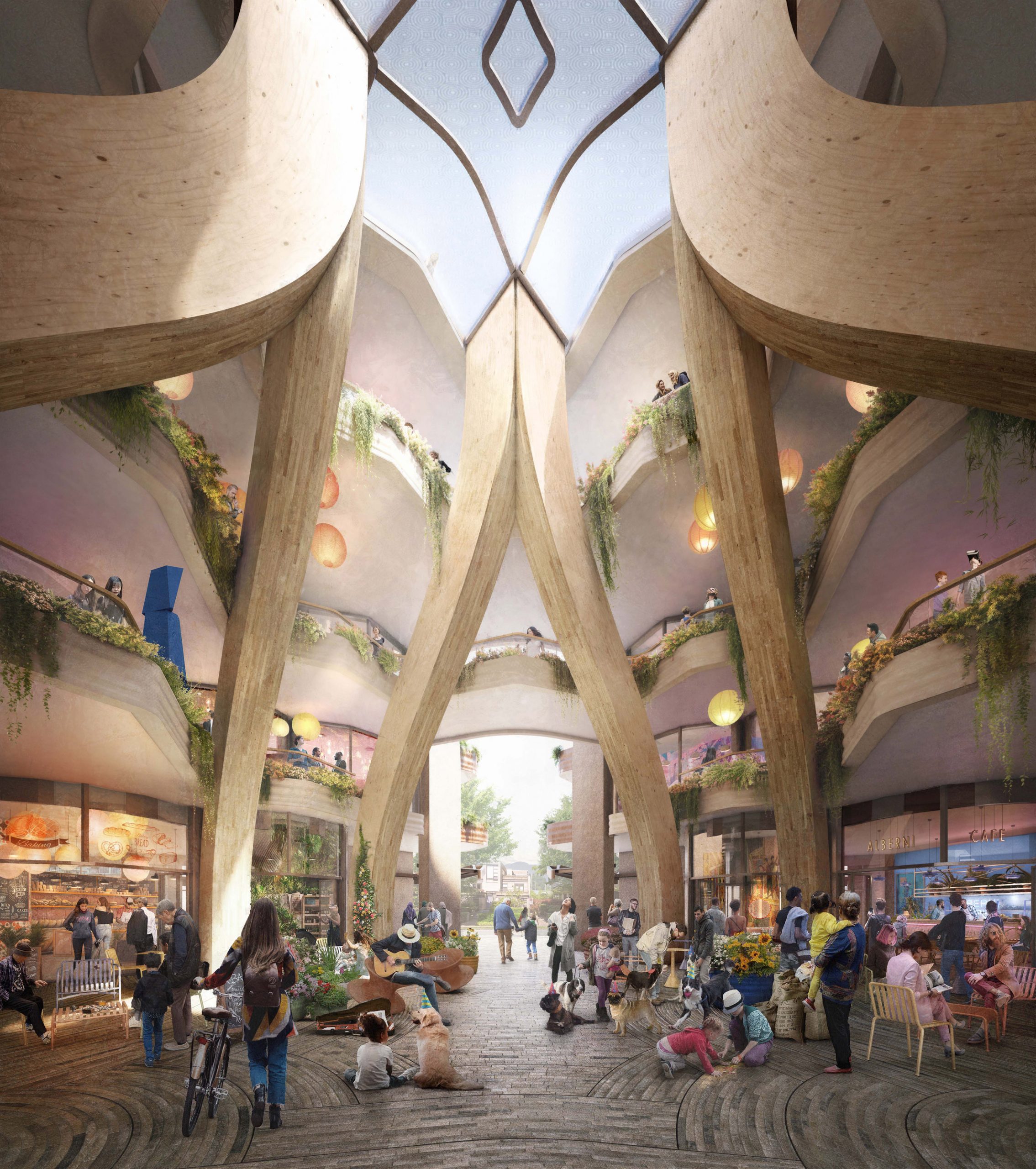 Japanese firm Kengo Kuma is also building a high-rise building in Vancouver’s West End. Called Alberni, the 43-storey apartment building is due to complete in 2021.

Shigeru Ban is also working on a project for the city. Terrace House for Vancouver will be 71 metres high and built from timber and glass around a concrete core.

More tall buildings in the works for the Canadian city include a 178-metre-high skyscraper built to Passivhaus standards and a wood and concrete tower that will be 120 metres tall.

Heatherwick Studio had previously planned a mass-timber neighbourhood for a smart city in Toronto for Sidewalk Labs, but the project was cancelled last year.

Images are by Secci Smith for Heatherwick Studio.