Chinese-American architect IM Pei turns 100 today. To celebrate, we’ve selected 10 of his most iconic buildings from a career that spans seven decades.

Ieoh Ming Pei was born on 26 April 1917 in Guangzhou, China. He moved to the US to study architecture at the University of Pennsylvania, then engineering at the Massachusetts Institute of Technology (MIT) and finally Harvard‘s Graduate School of Design – where he studied under former Bauhaus masters Walter Gropius and Marcel Breuer.

After a stint working for the US National Defense Research Committee towards the end of the second world war, Pei began his architectural career, and worked for American real-estate magnate William Zeckendorf from 1948.

He went on to open his own New York-based architecture firm in 1955, which had several name changes before becoming Pei Cobb Freed & Partners in 1989. The architect retired from full-time practice a year later, but even now continues to consult on projects.

Accolades Pei has received over the years include the AIA Gold Medal in 1979, the Pritzker Prize in 1983, first Praemium Imperiale for Architecture in 1989, and the RIBA’s Royal Gold Medal for architecture in 2010.

His architecture is identifiable through its strict geometries – combinations of circles, squares and triangles that manifest in both two and three dimensions in plan, section and elevation.

The firm’s oeuvre ranges from a curving brick chapel to soaring glass-sheathed skyscrapers, and includes museums, libraries and civic centres in locations across the globe. Here are 10 projects we believe are among his most important: 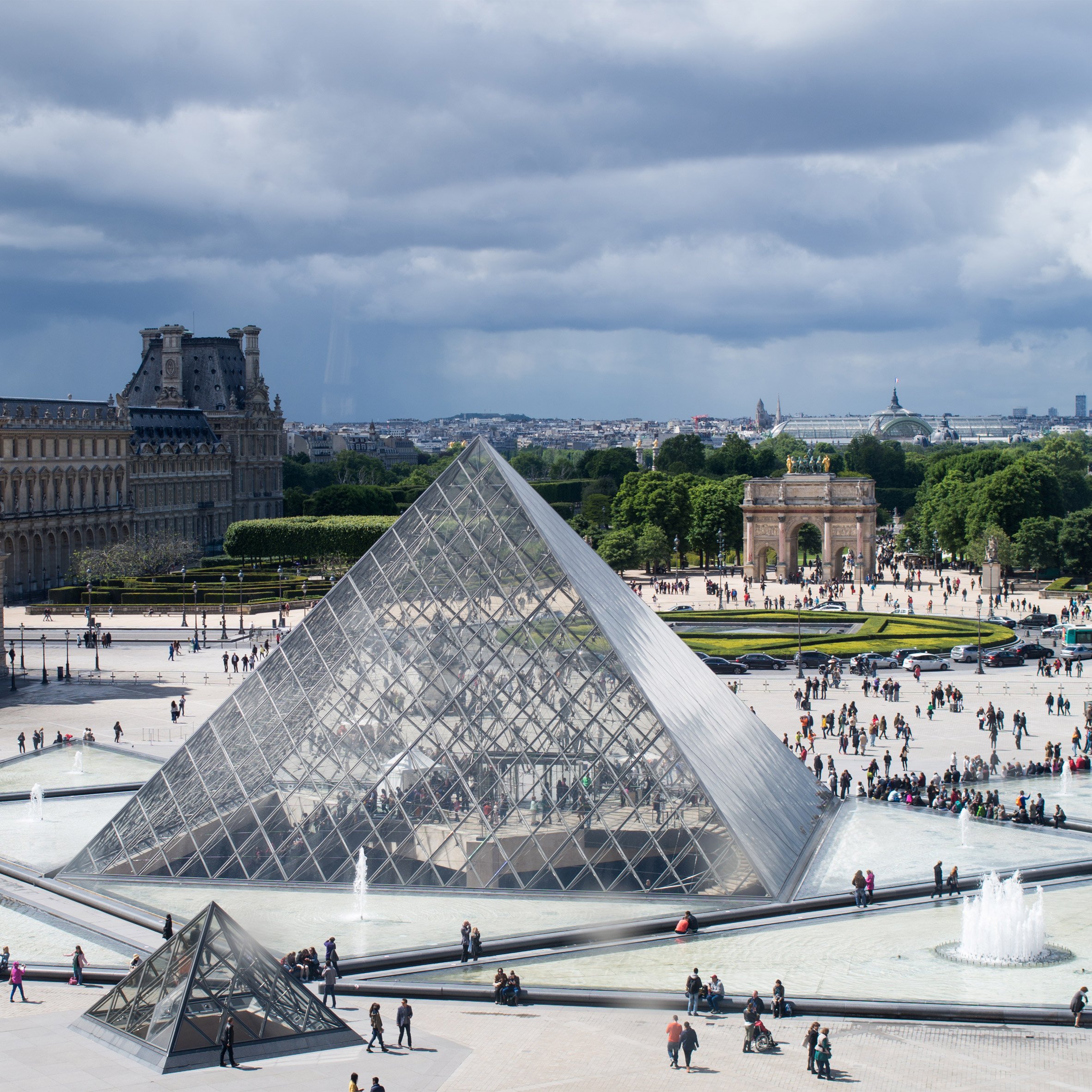 Perhaps one of the most recognisable structures in the world, Pei’s addition to the Musée du Louvre in Paris was highly controversial with both the museum’s leadership and the public when it was first proposed.

The glass and steel pyramids were created as part of an extensive overhaul of the historic former palace, and were designed for the complex’s central courtyard to allow light into a new subterranean concourse. 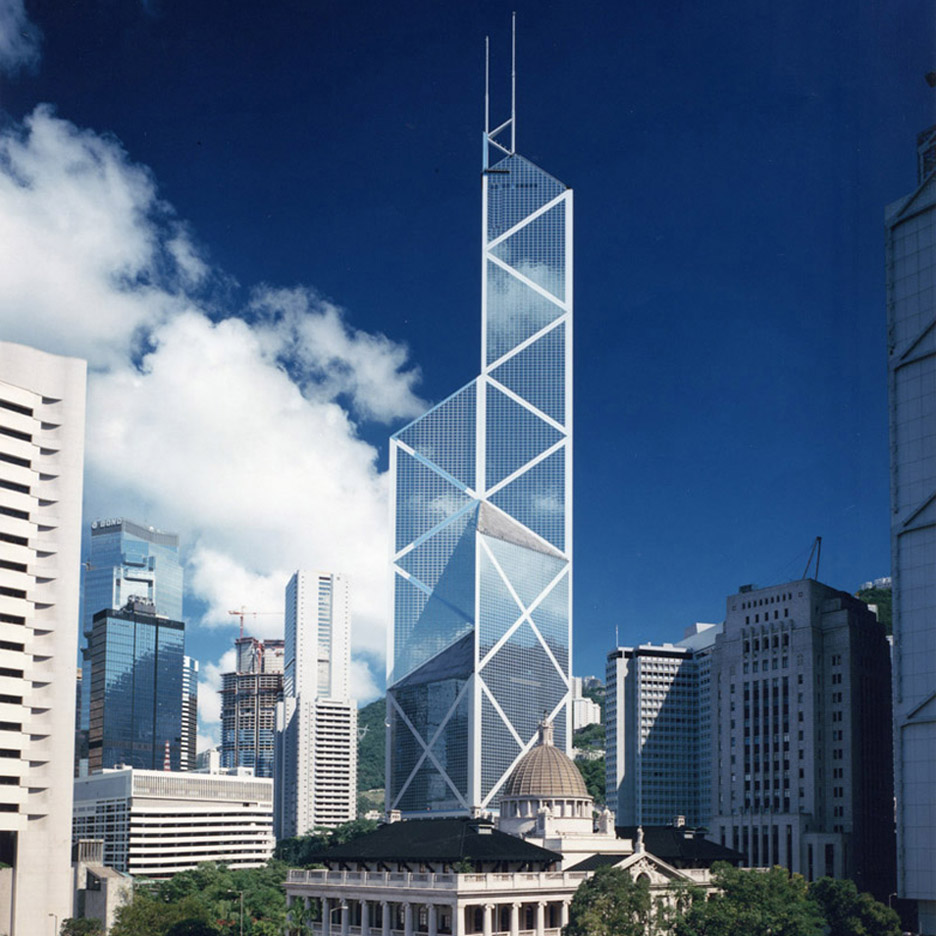 This 367.5-metre skyscraper is arguably the most striking on the Hong Kong skyline.

Its seemingly complex geometry is formed by the inward-facing triangular quadrants of the building’s square plan, which are removed one by one as its height increases. An angled triangle caps each quarter, and the same shape forms a tessellated pattern up the tower’s glass curtain walls.

Pei’s new building for the museum of Chinese art and craft was influenced by the vernacular structures in the ancient city.

Black-outlined white volumes that borrow from the traditional houses are juxtaposed against sections of angular glass roof, all reflected in the large pond of the garden they surround.

Pei used rigorous geometries found in traditional Islamic patterns to create the form of this museum, which staggers to rise around a five-storey tower above a central atrium.

Located on an artificial island in the Arabian Gulf, the building is constructed from light limestone blocks that softly reflect the desert sun. A glass curtain wall on the north side offers panoramic views of the Gulf and West Bay area of Doha from all five floors of gallery space.

An inverted triangular section was chosen for Dallas City Hall because the lower civic spaces needed less floor area than the government offices above.

The concrete building’s angled sides are interrupted by monumental vertical fins, which reach the full seven-storey height and help to support their weight.

One of Pei’s more modest buildings in scale, this Christian chapel sits on the campus of Tunghai University – which the architect also masterplanned.

On each side, curving brick walls rise meet at a slither of glass that runs along the top of the structure and continues down behind the alter. Inside, the walls are covered in a lattice of criss-crossing concrete, chosen over wood to better combat humidity and seismic activity.

This museum in the mountains outside Kyoto is reached along a tube-shaped tunnel, a walkway bridge and steps up its sloping site – set to host a Louis Vuitton catwalk show later this year.

A roof of faceted translucent triangles, designed to evoke traditional Japanese architecture, folds over the complex and allow tempered light into its limestone-lined galleries.

The best-known musical artists and influential figures that shaped the history of rock music are celebrated at this museum on the shore of Lake Erie. Pei’s aim was to capture the “energy” of the movement in the architecture.

Two huge triangular glass surfaces are propped up by a 530-foot-tall (162-metre) tower, creating more than 55,000 square feet of exhibition space, as well as administrative offices, a shop and a cafe. 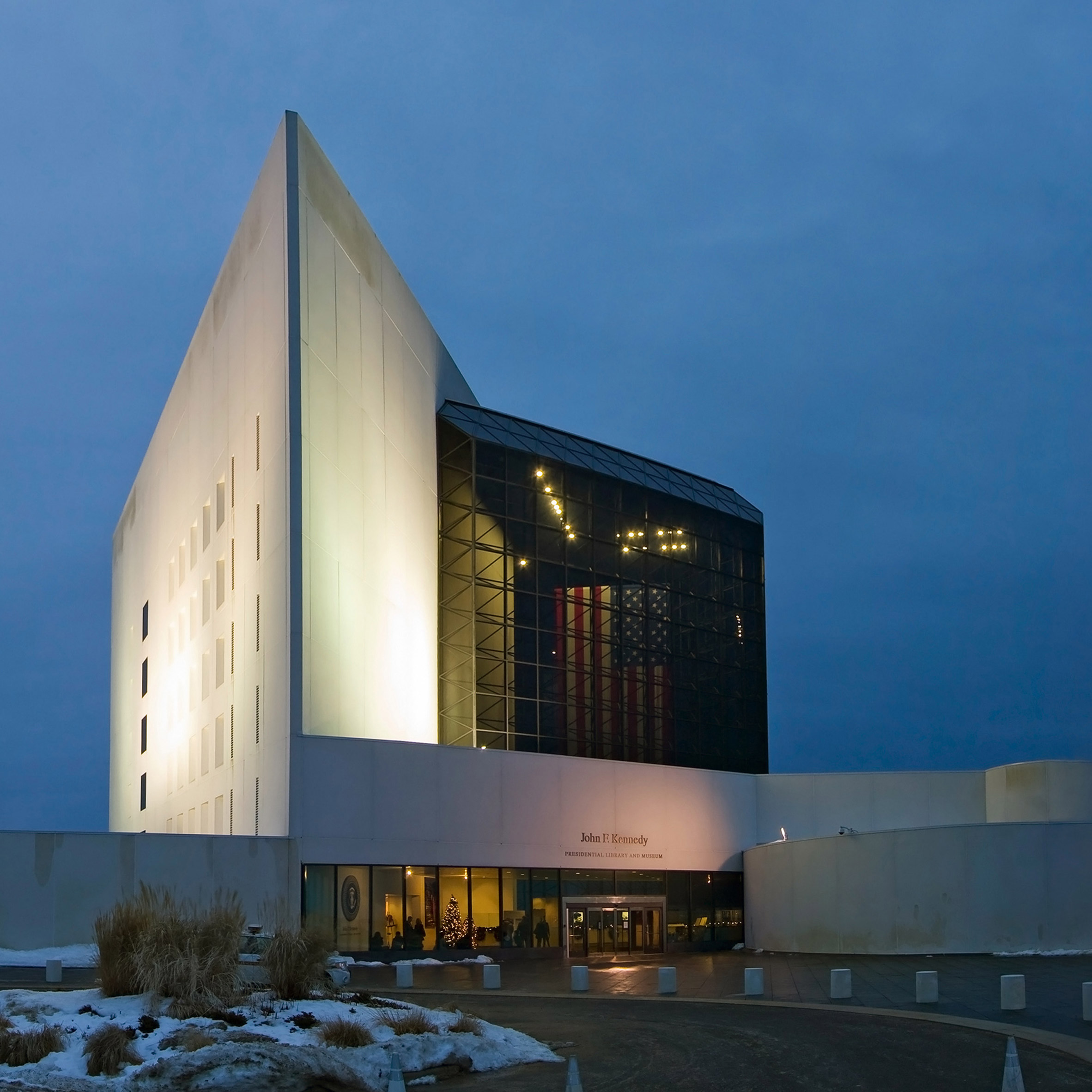 Built to commemorate the 35th president of the United States, John F Kennedy, the library and museum contains papers and materials from his time in office, and exhibits about his life.

Pei was chosen as the architect by the family after Kennedy was assassinated in 1963, but the project faced years of setbacks and a change of location before completing 16 years later.

The resulting building sits on the Boston waterfront – an austere block intersected at an angle by a glass atrium, with lower portions surrounding the main volumes.

This addition to the American National Gallery of Art sits beside the institution’s original neoclassical home, but is markedly different in form. Its plan comprises a larger isosceles and smaller right-angled triangle, subsequently creating triangular and diamond-shaped spaces inside.

The corners of the stone-clad main building rise higher than its centre, producing the effect of abstract turrets. A glass roof, also formed from triangular panels, covers the central atrium that also connects the building’s two sides. 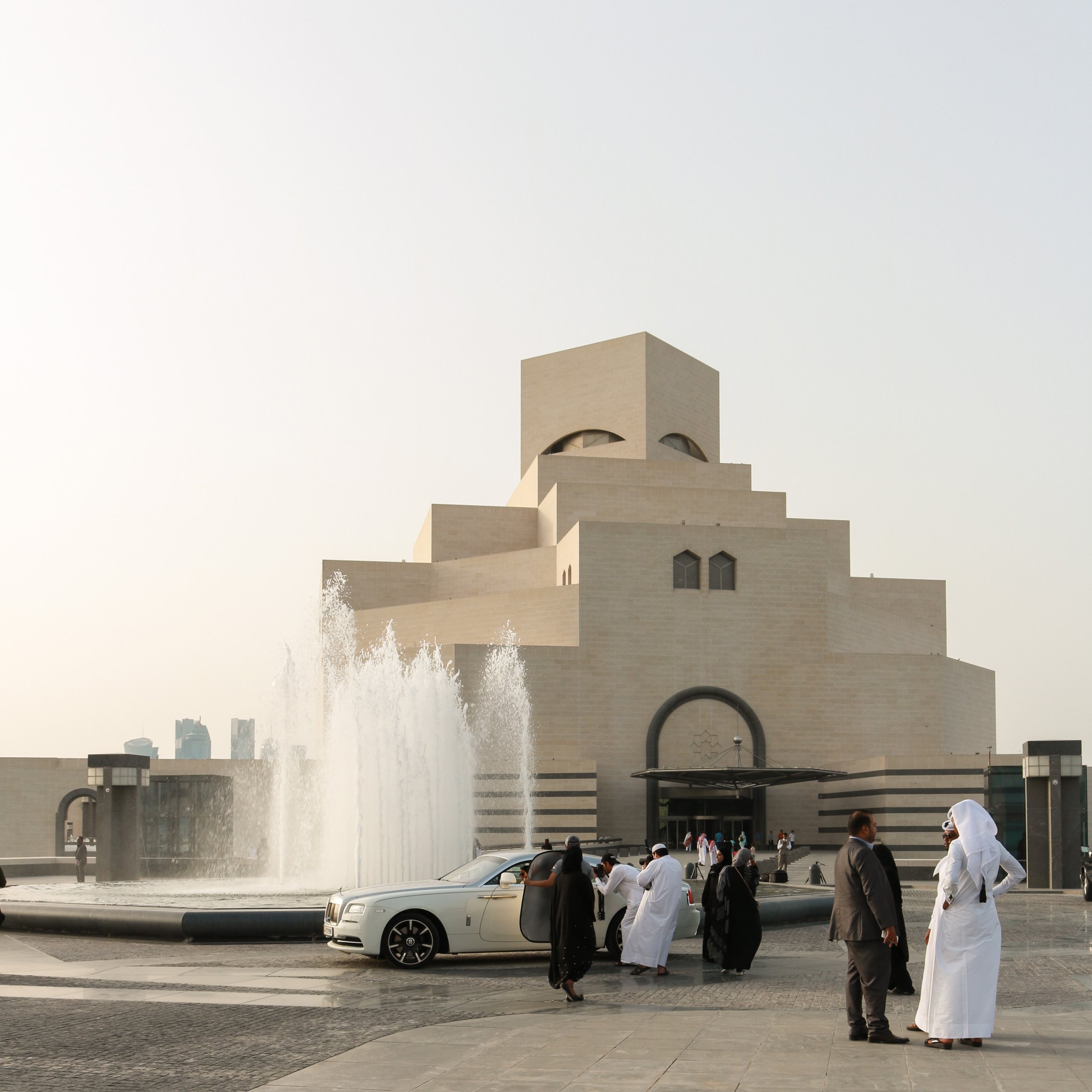 The post IM Pei at 100: 10 of the architect’s most significant buildings appeared first on Dezeen.