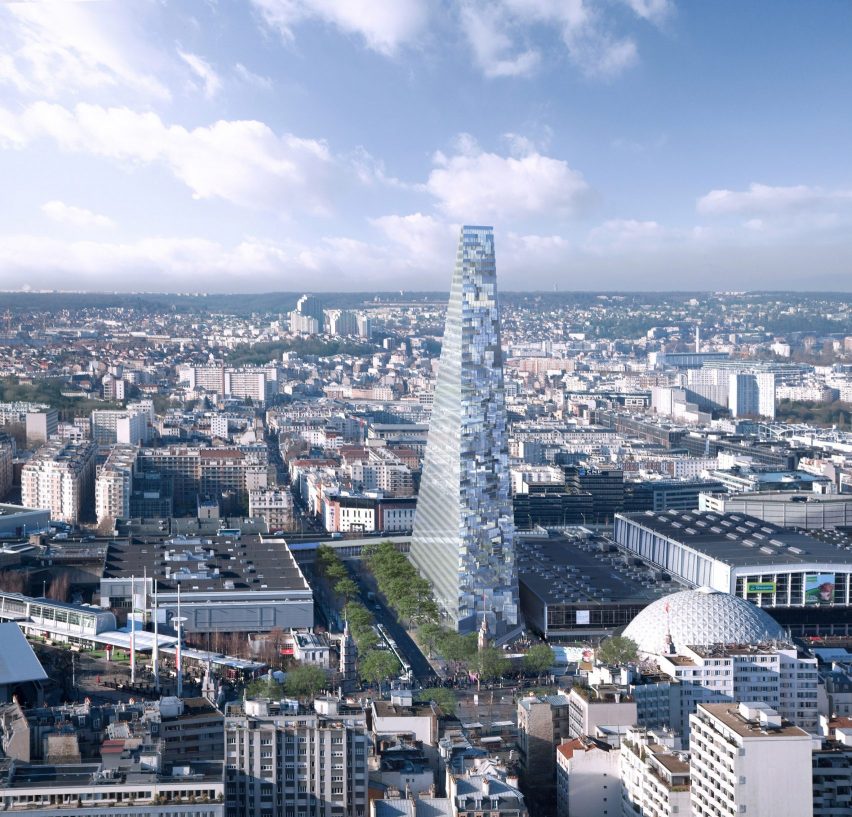 In this week’s comments update, readers are debating Herzog & de Meuron’s Tour Triangle, which is set to be built in Paris, and discussing other top stories.

The Tour Triangle skyscraper is finally set to begin construction in Paris after 15 years in the making, amid a last-ditch attempt to stop it by the building’s critics.

Initial building works on the 180-metre building are now expected to start by the end of the year and complete in 2026 – 12 years later than initially planned.

“To me, it has no meaning other than a Dorito”

Readers are not convinced by the building, which would be the largest skyscraper to appear on central Paris’ skyline since 1973.

“Let’s hope Parisians will wake up screaming as Londoners did with the Tulip nightmare after it was given a go,” said Marius.

“This site is right next to the Peripherique in an industrial park with a cheesy mini-Epcot center style theatre to boot,” commented Archibro. “It’s the perfect site for a glass Toblerone piece of Swissness.”

Alex is not impressed: “As a Parisian, what do triangles have to do with Paris? To me, it has no meaning other than a Dorito.”

Is the Tour Triangle a good or bad addition to the Paris skyline? Join the discussion ›

The launch of a petition to prevent the construction of the controversial mostly-windowless Munger Hall dormitory got readers debating again.

“Shame on the UC Santa Barbara Dean for allowing such brutalism on their campus,” said Pierre Maregiano. “And for what purpose? To allow more students, more fees?”

“A return to cave dwelling, but without the fresh air,” added Paul Barnfather.

Idracula is not impressed by the dormitory either: “This windowless hive of a structure will become the butt of every architectural joke, it has already begun.”

Do you think the petition will stop construction? Join the discussion ›

“​​The saucer has landed”

Readers have mixed feelings about a low-lying winery that Foster + Partners has completed for French wine producer Le Dôme.

“I think the exterior modesty and qualities of this project are wonderful, entirely appropriate to the context,” said Sheets. “This is one of the better, more congruent, recent Foster projects, in my opinion.”

Hello Peril agrees: “It is not trying to pretend it is part of the landscape, it is not trying to replicate its neighbours, but it makes subtle references to them and sits in harmony with them. Without being overtly glitzy it looks like the perfect mood to enjoy a glass.”

“The saucer has landed,” said Apsco Radiales. “We report no intelligent life on this planet, but they do have excellent wine.”

Would you enjoy a glass of wine at this winery? Join the discussion ›

Readers are impressed with this ski cabin in Chile by Viñuela Arquitectos.

“Yes, it is a good-looking structure,” said Ken Steffes. “Structures built out of natural wood materials are usually always very warm and inviting,” he added.

“Gorgeous project, through and through,” added JZ.

What do you think about this holiday home? Join the discussion ›

The post "It's the perfect site for a glass Toblerone piece of Swissness" says commenter appeared first on Dezeen.