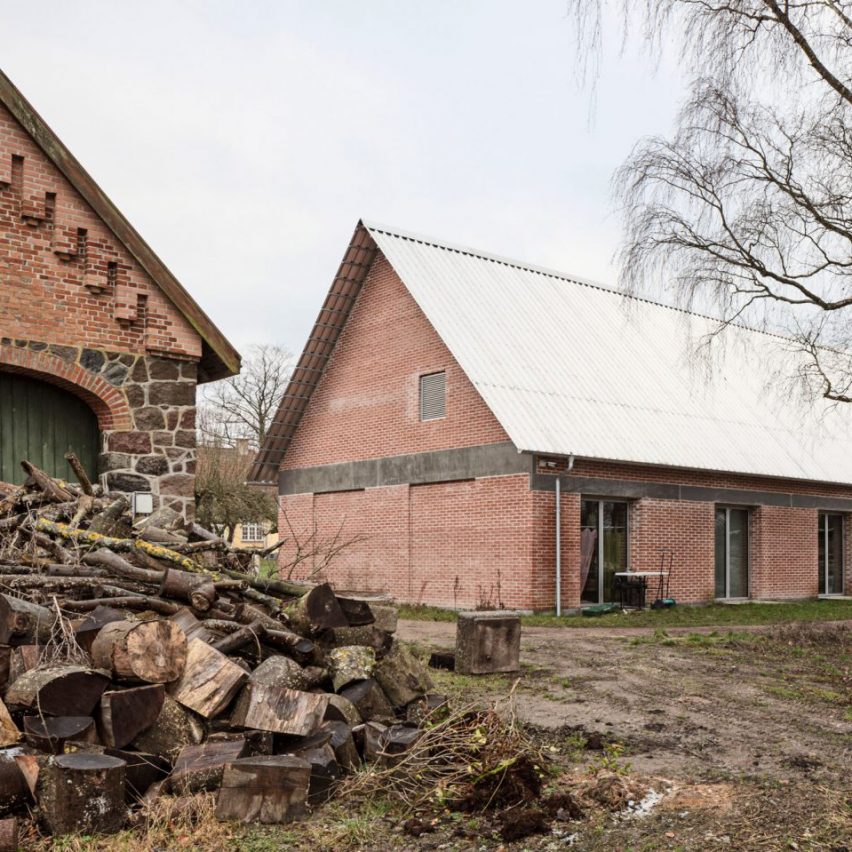 Leth & Gori oversaw the expansion of the existing facilities near the town of Borup, which has been used by the Copenhagen municipality as an institution for patients with mental health conditions since the 1930s.

The studio created a series of self-contained apartments with kitchenettes and en-suite bathrooms to replace the previous small accommodation units with shared bathrooms.

“The project’s main focus was to reinterpret the historical tight grouping of stables, cowsheds, coach and guest houses into a new master plan that reinforces the spatial connections between existing buildings, courtyards and gardens, as well as the new housing,” said architects Karsten Gori and Uffe Leth.

The main farmhouse building was transformed to accommodate common facilities including a cafe run by the residents and common living areas.

The building’s first floor now contains offices and meeting rooms for the staff, while the second floor provides space for six apartments arranged around a shared living room.

A historical annex and a house built in 1930 were both converted into additional accommodation, while an old stone barn was preserved and restored to provide a flexible activity space and storage.

Leth & Gori also inserted two new structures on either side of a former stables, creating a long, low volume that helps to shelter the central courtyard from the wind.

The brick-clad wings accommodate 14 two-bedroom apartments, along with common facilities including a shared kitchen and dining area, a small gym, and a workshop. 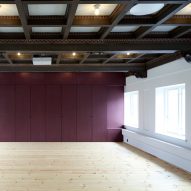 “The new organisation of the buildings and their functions supports neighbourly interactions on a range of scales and a feeling of community within the housing complex,” said Leth and Gori.

“By transforming the housing from the inside out, the project recognises the potential of ‘homeliness’ as a central value in supporting the residents’ needs.”

The proportions of the new single-storey accommodation building reference those of an existing barn.

The barn’s gable end, which is dated 1874, now forms an internal wall within the communal space at the heart of the plan.

“The architecture of the new additions is based on the careful registration and holistic transformation of the existing buildings’ characteristics and typology, with the aim of adding new layers to the farmhouse complex,” the architecture studio added.

Living areas in each apartment feature ceilings that follow the pitch of the roof to add height to these spaces. Skylights help to brighten the rooms, which look onto the courtyard through large openings.

Throughout the project, the architecture studio employed a palette of materials influenced by the farm’s historical architecture. Existing buildings were carefully restored using a colour scheme based on their 18th-century heritage.

The walls of the new accommodation building are made from load-bearing calcium silicate blocks, and the facades are clad in red brick that echoes the materiality of the main house.

The importance of daylight was emphasised through the inclusion of different kinds of windows in each building. Together with carefully chosen artificial lighting, these openings help to create a healing environment for the vulnerable inhabitants.

Karsten Gori and Uffe Leth founded their Copenhagen-based practice in 2007. The firm now works on new-build projects across all scales, as well as renovations and conversions of existing buildings.

Leth & Gori’s work was the subject of a 2018 exhibition held at the Danish Architecture Centre. The firm’s previous projects include the conversion of a 19th-century chapel into an activity centre for cancer patients, as well as the addition of an extension with funnel-shaped roofs to a bungalow in eastern Denmark.

Photography is by Laura Starmer.