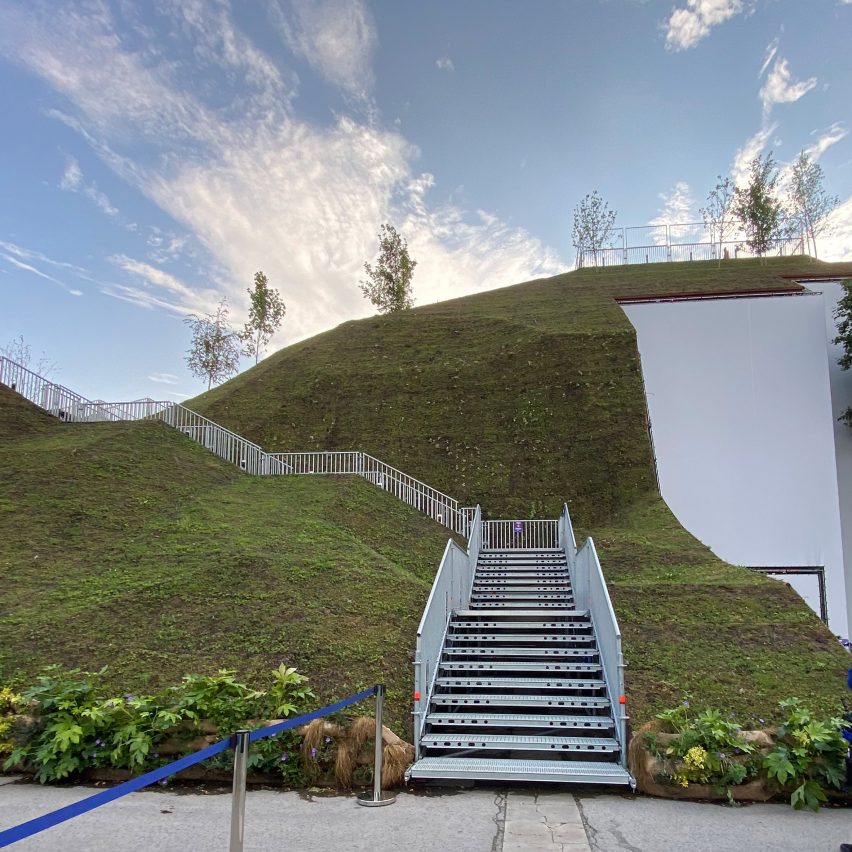 The controversial fake hill in central London designed by Dutch studio MVRDV has reopened to new visitors and will be free to visit during the month of August.

Westminster City Council has apologised for opening the £2 million Marble Arch Mound attraction, which was forced to close shortly after opening last week, before it was ready.

“We made a mistake and we apologise”

Visits to the 25-metre-high temporary landscaped mound near the Oxford Street shopping destination will now be free in August. Following this, tickets will start at £4.50 each.

“We wanted to open the Mound in time for the summer holidays and we did not want to disappoint people who had already booked tickets,” said Westminster City Council’s chief executive Stuart Love.

“We made a mistake and we apologise to everyone who hasn’t had a great experience on their visit,” he continued.

“With that in mind, we’re going to make The Mound free for everyone to climb throughout August.”

“Let’s give nature a chance”

Built to encourage people to visit Oxford Street following the lifting of coronavirus restrictions in the UK, the artificial hill stands alongside Marble Arch, which was designed by architect John Nash in 1827.

The attraction has been widely criticised due to the quality of the planting and brown sedum covering since it was revealed last week.

In response to the criticism, the council suspended bookings and offered refunds to disgruntled visitors who had paid to climb the mound.

Designers of the mound MVRDV accepted that it did not look complete when it opened, but defended the attraction.

“Some elements were not ready, and it would have been better to wait until the greenery looked better,” the studio told Dezeen. “But let’s give nature a chance.”

“There is also a serious message: how important it is to add nature to cities to combat climate change,” it continued.

“We think adding plants here is a symbol of where we need to go in the future, greening the city.”

Westminster council is working to improve the planting at the Marble Arch Mound and hopes that people will visit to “make their mind up” on the merits of the attraction.

“Now is the time to bring the buzz back to central London and to see people visiting the West End again,” added Love.

“We are working hard to resolve the outstanding issues and create an attraction worthy of our fantastic city. It’s going to look great and be an amazing experience once we’ve got it ready!”

“We are very much looking forward to welcoming visitors back so they can enjoy everything London has to offer and can make their mind up about the Mound.”

Photography is by Dezeen.

The post Marble Arch Mound attraction reopens and made "free for everyone to climb" in August appeared first on Dezeen.