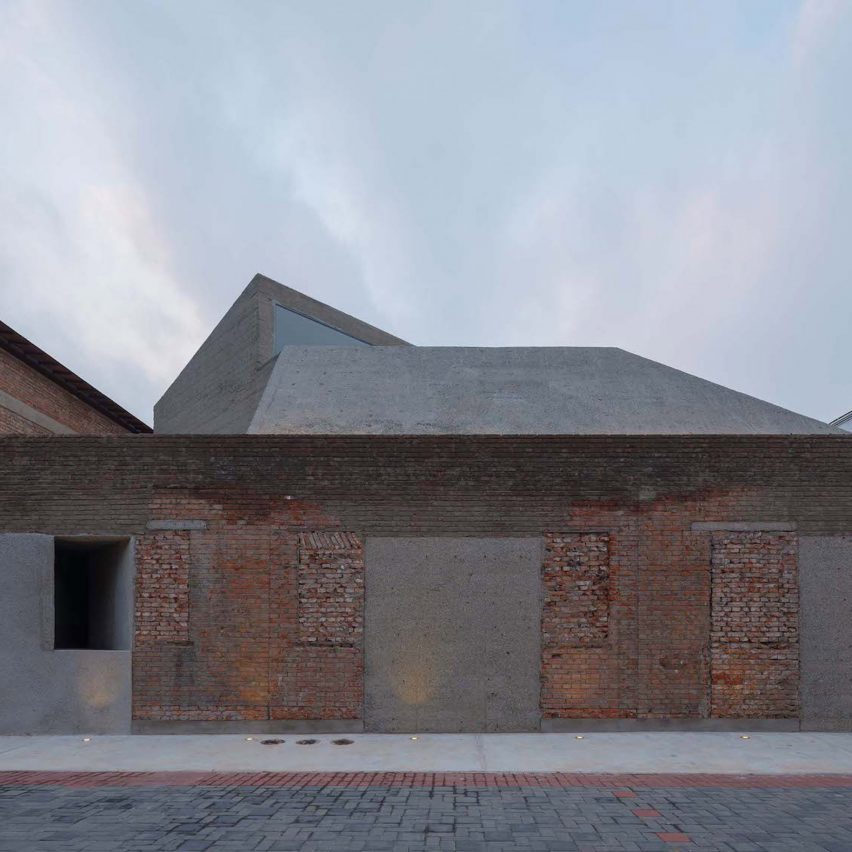 The factory’s original brick structure is comprised of a main warehouse and three annex buildings, as well as a courtyard garden.

Neri&Hu maintained most of the old brick structure while inserting new concrete volumes to create a contrast between the past and present.

“For projects like this, Neri&Hu’s strategy always begins with a thorough investigation of what parts of the building at present may be kept and restored, while any new additions should not only respect the existing, but also stand in contrast to it, so that a clear distinction may be drawn between old and new,” the Chinese studio explained.

The ground floor contains an exhibition area, a retail store, a garden and a cafe, while the first floor is mainly used for office space.

The shapes of the pastries are formed in decorative moulds. Neri&Hu adopted the same approach for the building by casting a new concrete volume into the old brick “mould”. 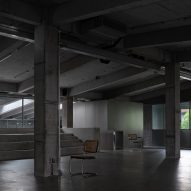 After pouring the concrete and allowing it to set, specialised craftsmen then bush-hammered it to create a soft texture on the concrete that would resemble the fluffy pastries.

“The interstitial spaces between the new insertion and the old building brings a sense of connectivity between past, present, and future and gives this historical Beijing pastry brand a new home,” Neri&Hu said.

A cafe and a lobby are housed in the gaps and spaces between the new volume and the original shell.

The concrete used on the interior also extends to the building facade, where it was used to fill in voids or indicate new access points.

Square and round openings on the walls and ceiling allow plenty of daylight into the building.

Based in Shanghai, Neri&Hu was founded by architects Lyndon Neri and Rossana Hu in 2004. Recent projects include an office design for a media company in Shanghai using exposed concrete and a home in Singapore that drew on the arrangement of traditional courtyard dwellings for its design.

The photography is by Zhu Runzi.

Dezeen is on WeChat!

Click here to read the Chinese version of this article on Dezeen’s official WeChat account, where we publish daily architecture and design news and projects in Simplified Chinese.