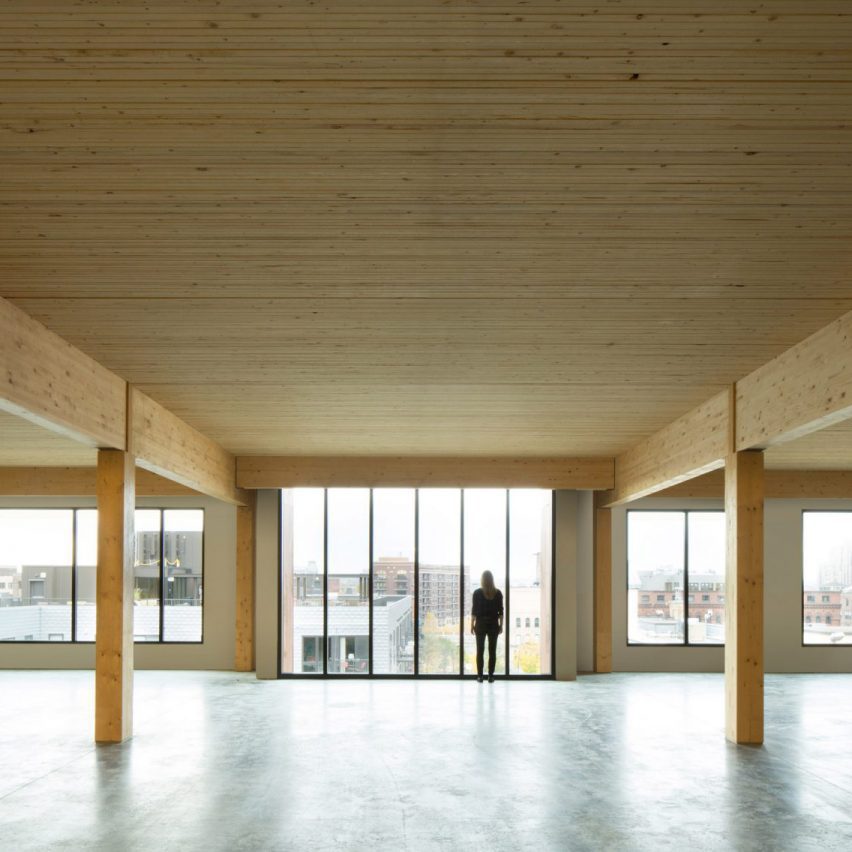 The New York City Council has approved the use of mass timber for the construction of buildings of up to 85 feet tall in the city.

Included as part of a major update to the New York City Construction Codes, the new regulations mean that mass timber, including cross-laminated timber, can be used as a structural material for low and medium-rise buildings across the city.

The new regulations mean that buildings up to 85 feet (25.9 metres) tall can be built from the materials. This equates to structures of six or seven storeys.

CLT projects up to 85 feet allowed in New York

“Maximum building heights for CLT projects would be up to 85 feet.”

Although some mass timber buildings have been built in New York, previous regulations did not allow for the material to be used in many areas of the city. The buildings that have been built required extensive additional permits.

Revision “a step in the right direction”

The regulation was passed by the council as part of the first major code update since 2014. In total the update included 7,400 revisions to the city’s construction codes.

The majority of the regulations will go into effect from the beginning of next year.

New York’s decision comes as mass timber is being more widely adopted as a structural building material around the world.

In response to the revision, the AIA said it was “a step in the right direction”.

“The legalization of some mass timber products, such as CLT, for shorter buildings, is welcomed by New York City’s architects,” said AIA New York director of policy Adam Roberts.

“New York City-based architecture firms have been designing mass timber buildings for years throughout the country and world,” he told Dezeen.

“This is a great opportunity for New York architects”

Timber specialist architect Michael Green, who designed the largest mass-timber building in the US (pictured), also welcomed the news.

“With the opportunity to build in mass timber, New York can now join many cities around the world as an important leader in carbon sensitive large and tall wood building,” Green told Dezeen.

“This is a great opportunity for New York architects, developers and builders to show what New York can do in wood.”

“City still lags behind other areas of the country and world”

The revision to the city’s codes follows an update to the International Building Code (IBC) by the International Code Council (ICC) earlier this year that allows mass timber buildings of up to 270 feet (82.2 metres) tall. This equates to around 18 storeys.

“In this instance, our city still lags behind other areas of the country and world,” said the AIA’s Roberts.

“It should be a wake-up call that places like Utah and Idaho have adopted the IBC mass timber code provisions, and yet New York City still has not,” he continued.

“We applaud the city for finally allowing for some legalization of mass timber but recognize that this code revision leaves us behind the international standard.”

The post New York approves use of cross-laminated timber for six-storey buildings appeared first on Dezeen.