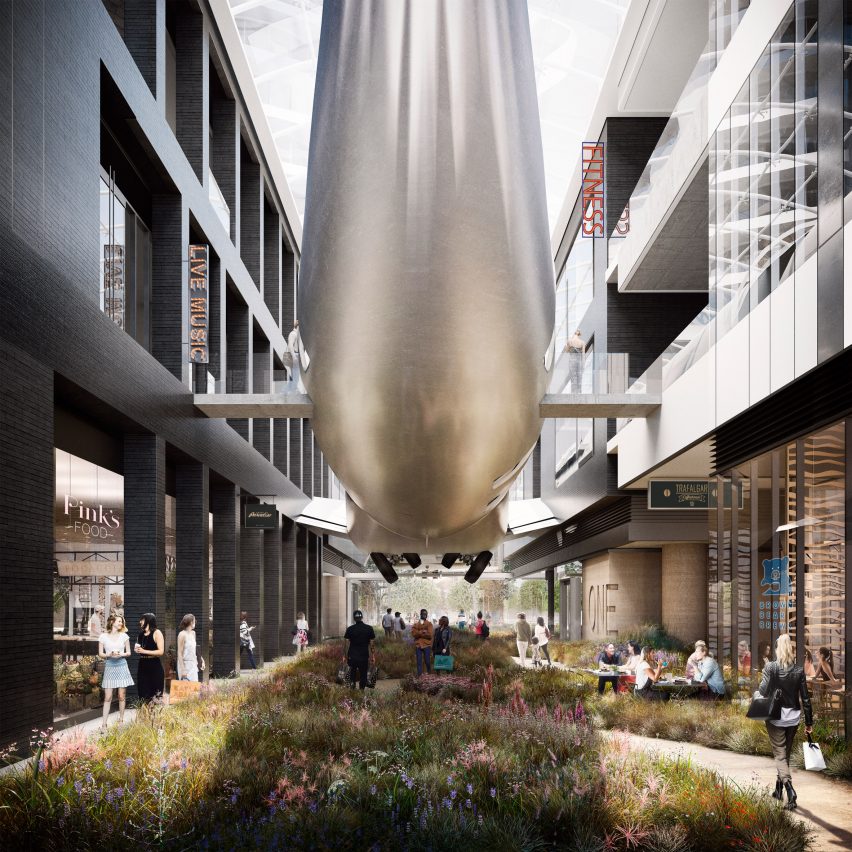 Japan-based architecture firm OSO has released a plan to suspend a Boeing 747 aircraft between two towers in a downtown Seattle complex designed by Henriquez Partners Architects.

The design for The Galleria at WB 1200 shows a 747, stripped of its wings, suspended over green space between the two towers. Over the airplane, the designs show a glass ceiling, with the intact nose of the vessel poking out towards the street.

According to Westbank, the Vancouver-based developers for the project, the design team at OSO wanted the fuselage to be exposed to the public.

The landing gear and rear assembly will remain, and the suspended aircraft will be supported by steel girders running its length and beams at the tail.

The girders along the length will also support walkways that will allow people to enter the suspended aircraft, which will serve as offices for Westbank as well as a gallery.

“To incorporate an entire 747 fuselage into our project is an opportunity to both highlight Boeing’s legacy and its history in the City of Seattle,” said Westbank.

This particular 747 took its first flight in 1990 and retired in 2017, just five years before the whole of the 747 line of aircraft was discontinued by Boeing.

Westbank is currently working to disassemble the plane at the Boeing decommissioned airfield – or “boneyard” – in California and plans on transporting the plane to Seattle, to be completed in late 2022. 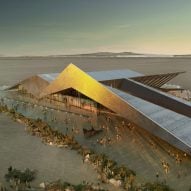 The interior design of the aircraft will be carried out by Montalba, though renderings of the inside have yet to be released.

Noteworthy in itself for its addition to the Seattle skyline, the Henriquez Partners-designed development is under construction.

Called WB 1200, the two towers of the complex will hold 1,000 residential units with flared decorative balconies circling each storey.

A three-level podium at the base, between which the aircraft will be placed, will have retail as well as a a music venue for Live Nation.

OSO was founded in 2017 by two former employees of Kengo Kuma, and in 2021, its K House was long listed for the urban house category of the Dezeen Awards. The studio is currently completing its first skyscraper in Vancouver alongside Merrick Architecture.

The images are courtesy of Westbank unless otherwise noted.

The post OSO to suspend Boeing 747 aircraft between two buildings in Seattle appeared first on Dezeen.