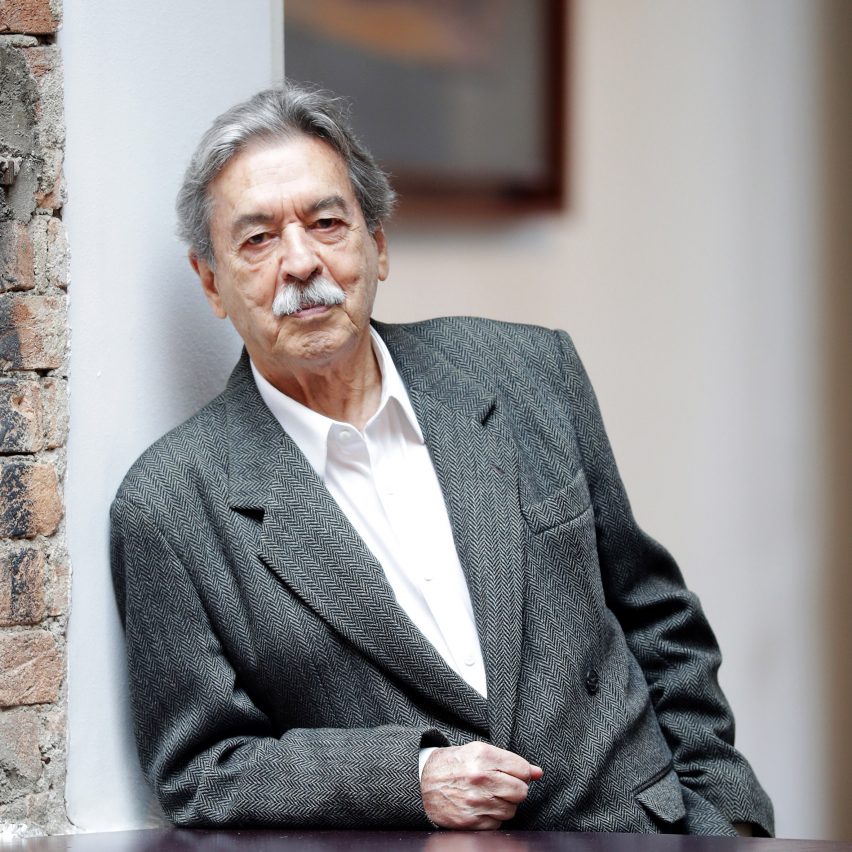 Highly decorated Brazilian architect Paulo Mendes da Rocha, winner of the Pritzker Architecture Prize and RIBA Gold Medal, has passed away at the age of 92.

The architect died in a Sao Paulo hospital of lung cancer on 23 May 2021.

Described as a “role model” for architects, Mendes da Rocha was the recipient of many of architecture’s highest accolades.

He was globally recognised as a major architect of the 20th century, despite rarely building outside his native Brazil.

Mendes da Rocha’s most famous buildings are in São Paulo, including the Museum of Contemporary Art at the University of São Paulo, the Brazilian Sculpture Museum and the Athletic Club of São Paulo. His cultural buildings are credited with modernising Brazil’s largest city.

Because he worked with large expanses of raw concrete – a cheap and abundant material in his home country – his name was often linked with Brazilian brutalism. But it was a label Mendes da Rocha rejected.

“Brutalism is nothing,” he said in a recent interview with El Pais. “Ask an intellectual what they mean by brutalism, and the majority won’t know.”

Mendes da Rocha was outspoken about the devastating effects of the 1964 Brazilian coup d’état, where the military overthrew the president.

“The military coup was a very right-wing dictatorship and it was a very violent one,” he told Dezeen in a 2016 interview.

“It has destroyed education and universities in Brazil,” said the architect, who was banned from teaching and practising under the regime.

“We’re still suffering from the consequences of those actions, and we’re working very hard to catch up and recover what we had.”

Born in Vitória, Brazil, in 1928, he graduated from the Universidade Presbiteriana Mackenzie College of Architecture in 1954 and established his practice in São Paulo the following year.

The Athletic Club was one of his first commissions. Completed in 1958, the ring-shaped stadium made of reinforced concrete and steel can seat up to 2,000. Mendes da Rocha was just 29 years old when he built it.

Mendes da Rocha was awarded the Pritzker Architecture Prize, architecture’s highest accolade, in 2006. “Mendes da Rocha has devoted his career to the creation of architecture guided by a sense of responsibility to the inhabitants of his projects as well as to a broader society,” said the 2006 jury.

“There is no doubt that the raw materials he uses in achieving monumental results have had influences the world over.”

He was awarded the Golden Lion for lifetime achievement at the Venice Architecture Biennale 2016.

“Many decades after being built, each of his projects have resisted the test of time,” said Chilean architect Alejandro Aravena, who curated the Biennale that year. “He is a nonconformist challenger and simultaneously a passionate realist.”

Later that year he was named the architecture laureate for the 2016 Praemium Imperiale arts prize, awarded by the Japan Art Association.

Mendes da Rocha was hailed as a “living legend” when he was named the 2017 recipient of the Royal Gold Medal for architecture.

“He is an architect with an incredible international reputation, yet almost all his masterpieces are built exclusively in his home country,” said Jane Duncan, then president of the Royal Institute for British Architecture.

“Paulo Mendes da Rocha is a world-class architect and a true living legend.”