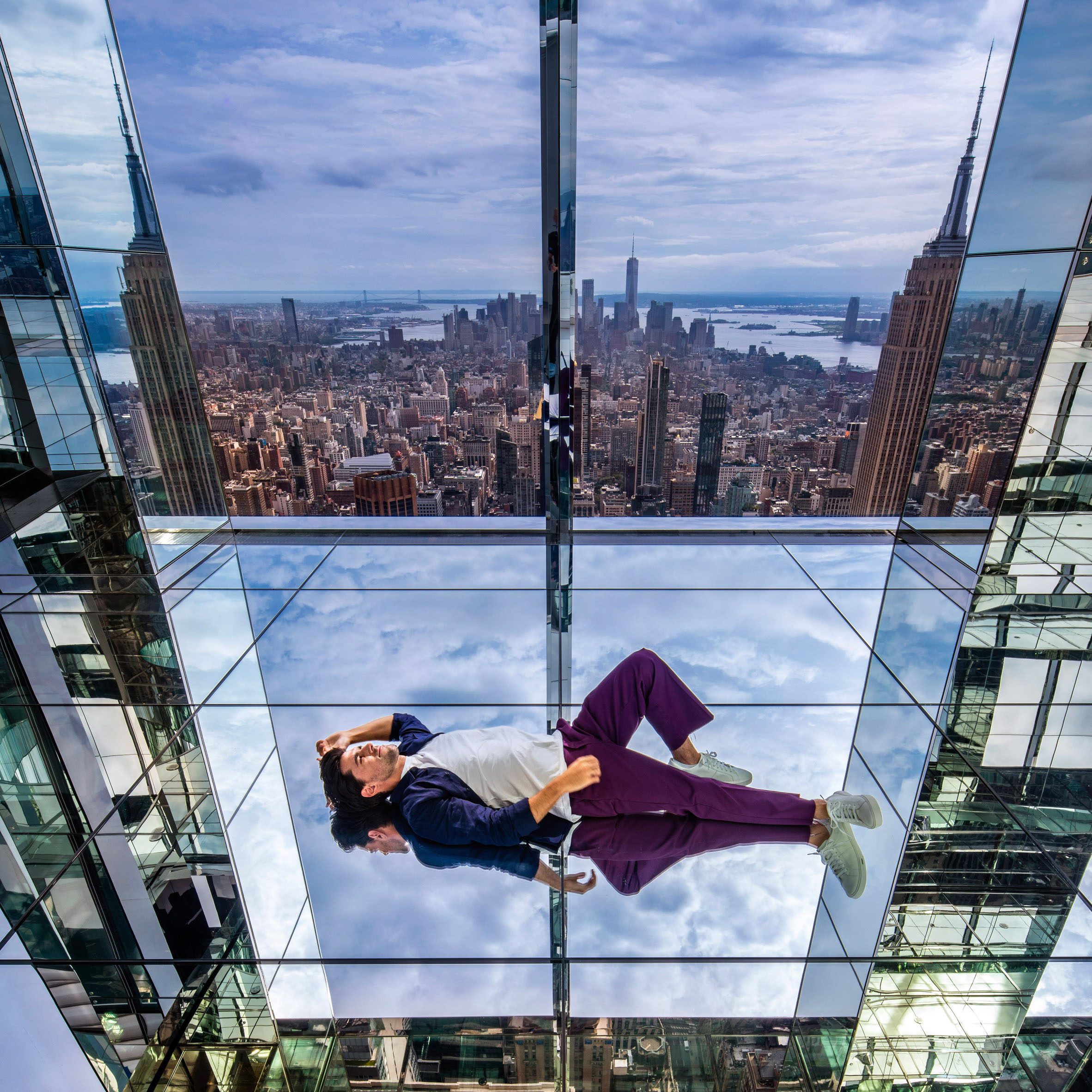 An observation deck featuring glass elevators and “levitation” boxes is due to open next month at the top of KPF‘s One Vanderbilt supertall skyscraper in Midtown Manhattan.

Summit One Vanderbilt will become the latest sky-high experience offered by NYC’s skyscrapers when it welcomes its first visitors on 21 October 2021.

New images have been released of the 65,000-square-foot (6,040-square-metre) space, occupying four floors near the pinnacle of recently completed One Vanderbilt, designed by architecture firm Kohn Pedersen Fox (KPF).

It features a variety of attractions, including the Levitation glass-bottomed “sky boxes” that offer views directly down onto Madison Avenue 1,063 feet (324 metres) below.

Fully transparent glazed elevators, called Ascent, also rise up the side of the building from a terrace to over 1,200 feet (364 metres).

Inside is a walk-through art experience designed by Kenzo Digital and titled Air.

Combining lighting, sound and production design, the multi-sensory journey will immerse visitors in spaces that infinitely reflect the views of the city.

“In addition to its remarkable materiality, Air is a living, breathing entity, expressed through its multisensory use of sound, lighting and production design,” said Kenzo Digital.

“It’s a story that evolves with each successive space, bringing visitors deeper and deeper into the experience until finally, they become part of it,” the studio added.

Interiors for Summit are designed by architecture studio Snøhetta, and include the Nordic-themed Après lounge and cafe that will serve light bites and cocktails.

“Summit One Vanderbilt is an immersive and sensory space embracing the cityscape of New York,” said Snøhetta director Anne-Rachel Schiffmann.

“Between integrated art, sound and lighting, and the observatory’s expansive views, our approach to interior design allows visitors to understand their place in the larger city.”

Visitors can also ascend to the peaks of the Empire State Building, One World Trade Center, Rockefeller Center and soon, the Chrysler Building to enjoy views over the city.

Another attraction to recently open in the Big Apple is the Thomas Heatherwick-designed Little Island, which juts over the Hudson from the Meatpacking District.