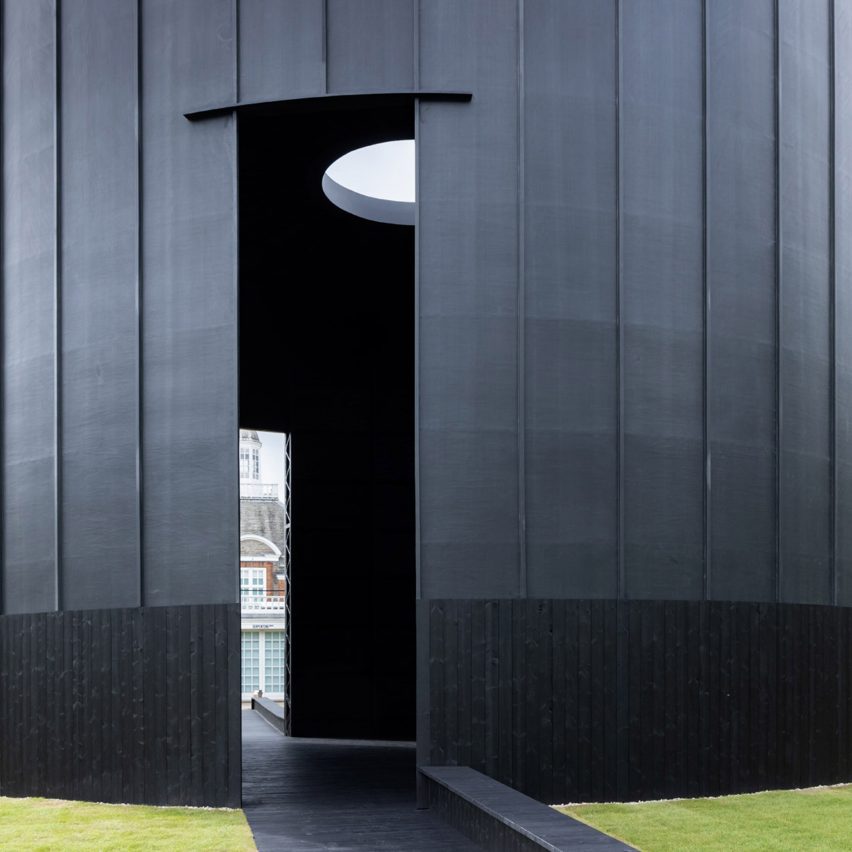 The 2022 Serpentine Pavilion is more sustainable than last year’s “carbon-negative” design thanks to its reusable foundations and timber floor, say its engineers AECOM.

This year’s edition of the annual London commission is a timber drum designed by American artist Theaster Gates. Last year’s design, by Counterspace, controversially claimed to be “carbon-negative” despite featuring concrete foundations that were not reusable.

The 2022 edition is “definitely” more sustainable, according to AECOM director Jon Leach.

Reducing the amount of concrete used and making the entire structure demountable, including the foundation, has reduced the building’s overall carbon footprint, he explained.

“Measured like-for-like, this year’s pavilion has a lower carbon footprint than the 2021 pavilion, largely because of the very light-weight timber superstructure and very small, reusable low-cement foundations that are ballasted with site-won fill,” Leach told Dezeen.

Last year’s pavilion, which featured timber and other biomaterials, removed 31 tonnes of carbon from the atmosphere, according to a report seen by Dezeen.

However, the report did not include the impact of moving the pavilion to a new location, which would require breaking up the 95-cubic-metre concrete base and casting a new one.

This year’s pavilion is secured with a series of concrete pads that will be removed from the site and reused when the structure is re-erected.

“The foundations are completely reusable,” said Leach. “They will be transported with the rest of the pavilion.” 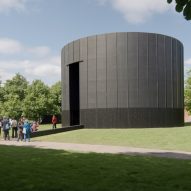 “They are small concrete pads that were precast using low cement concrete, which takes a bit longer to cure – so they were pre-cast off-site,” he continued. “They can just be lifted out.”

Above ground the pavilion, which is the largest ever built on the site, was designed to be as lightweight as possible. This allowed AECOM to reduce the scale of the foundations by 75 per cent.

“The aim has been to improve year on year,” explained Leach. “So the key thing with this year’s was that it’s large, but it’s lightweight.

“So we focused on a timber, lightweight superstructure, and then really minimising the foundations as much as we can,” he continued. “So there’s still some concrete in the foundations, but it’s, it’s a quarter of what it was last year.”

To reduce the carbon impact, the pavilion does not have a concrete floor for the first time in the commission’s history. Instead, a raised timber floor was installed.

“All the previous pavilions have had concrete floors, mainly for durability,” said Leach. “This year we discussed with the gallery and decided we really need to take a step away from that as a principle.”

“We’ve done a lot of tests on making sure the timber should last for the summer with 300,000 visitors,” he added.

Designed by American artist Gates, the 2022 Serpentine Pavilion is named Black Chapel. It was designed to be a peaceful space “where one could rest from the pressures of the day and spend time in solitude”.

The cylindrical building was built largely from timber with MiTek posi-joists used as columns and nine-millimeter thick plywood used as the skin. The roof contains steel rings to support a central oculus. 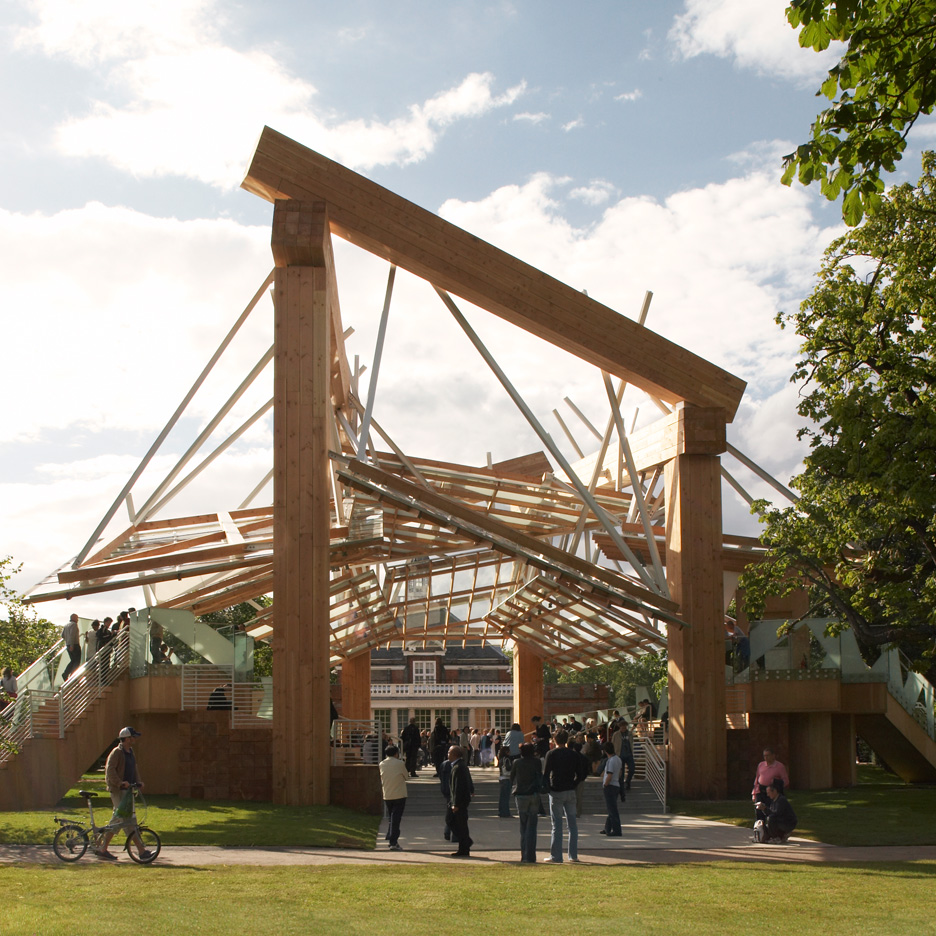 Gates’ building is the 21st edition of the annual Serpentine Pavilion, commissioned by the Serpentine contemporary art gallery in London.

Previous architects have included last year’s Pritzker prize-winner Diébédo Francis Kéré, who designed a structure with a canopy that transformed into a waterfall during rain, BIG founder Bjarke Ingels, who worked with an “unzipped” wall of translucent blocks, and late British-Iranian architect Zaha Hadid whose marquee launched the commission in 2000.

The photography is by Iwan Baan.