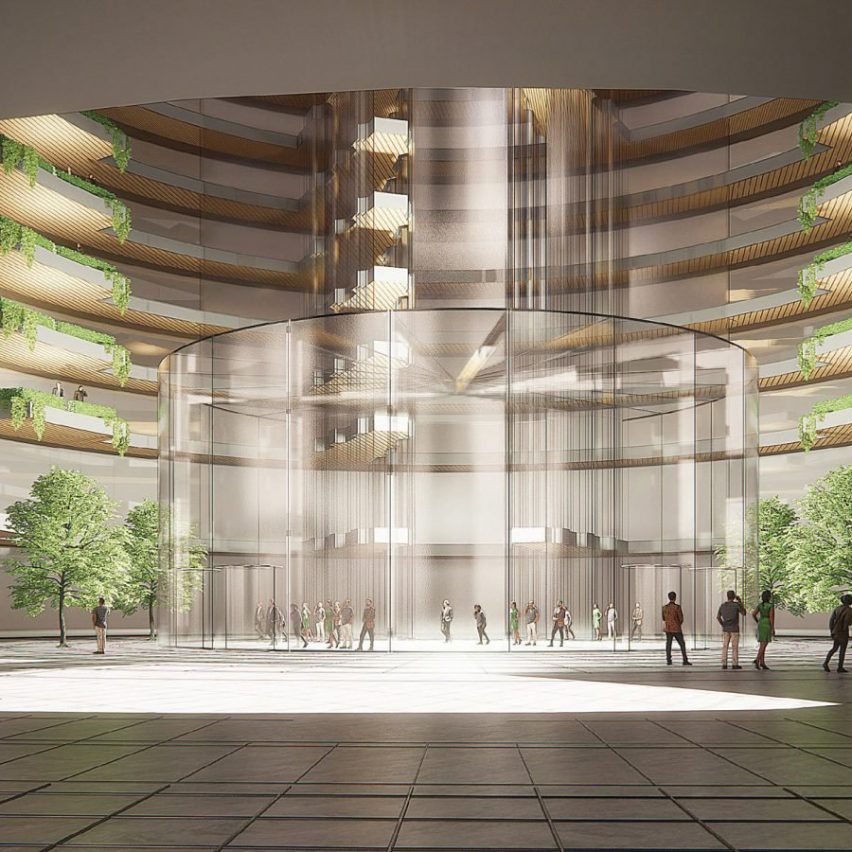 The proposed renovation to Helmut Jahn‘s recently saved James R Thompson Center will strip so much of the uniqueness from the postmodern building they may as well demolish it, says Owen Hopkins.

However, for many, this was short-lived after they found out the building’s fate. While the building, which has been under threat since 2015, is now safe from demolition, its developer plans to undertake drastic renovations to the near 40-year-old structure.

Fittingly, the project will be overseen by Jahn – the studio that Helmut Jahn headed until his death earlier this year, and which is now led by his son. All good, you might think, that is, until you see the proposed renders.

The curving angled exterior will be kept, it seems, but the mesmerising interior – an awe-inspiring riot of colour and structure – looks set to be transformed into a beige cavern of banality.

Maybe we shouldn’t be surprised, as this has become a familiar pattern in the “renovation” of postmodern buildings in the US. In 2016, SFMOMA reopened after a major renovation and expansion by Snøhetta, which involved adding what one critic described as a “building-sized baked alaska slumped on the skyline” onto the back of Mario Botta’s postmodern temple.

If this wasn’t bad enough, Botta’s iconic staircase which lay underneath the giant oculus was replaced by a jarring essay in Scandinavian tastefulness.

Then there was the proposal to “update” the entrance and public spaces of Philip Johnson’s seminal AT&T Building in New York – also by Snøhetta, who seem to have cornered the market for this kind of work. Renders showed Johnson’s monumental postmodern take on a Palladian window motif replaced by a generic glass curtain wall.

Fortunately, the worst excesses of Snohetta–isation have been avoided after the building was granted landmark status, which ironically resulted from the backlash against the proposal – though sadly much has still been lost. 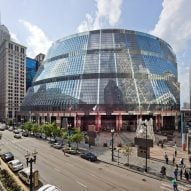 This is not just confined to the US. In the UK, the postmodern street frontage of Terry Farrell’s 76 Fenchurch Street was substantially altered in 2016. The same year James Stirling’s seminal No 1 Poultry narrowly escaped a similar fate only after it was listed, although even this wasn’t enough to prevent the glazing-in of its Piranesian subterranean spaces.

And now we hear that Farrell’s Alban Gate – one of the most important examples of commercial postmodernism in the UK – is under substantial threat of alteration.

None of this (yet) comes close, however, to the fate of Farrell’s TV-am building – the defining project of ‘first wave’ postmodernism in London. The heavily Memphis-inspired interiors went soon after the building was sold to MTV, however, the Hawley Crescent frontage with its giant suspended keystone and sunburst motif survived until 2011, only to be replaced by an overbearingly dull corporate-modern frontage.

In a way it was remarkable that a building so defiantly of its time had lasted so long, which only made the pain felt by the building’s fans even greater. Today all that remains of Farrell’s masterpiece are the iconic eggcups on its canal side now painted a dull grey – a ghostly reminder of the building’s former exuberance.

While TV-am’s desecration did not pass without comment, it came too early, taking place before postmodernism had begun to attract much renewed critical interest. Unfortunately, the wheel of taste seems to turn at the same rate as development cycles, so even though today there is a growing appreciation of postmodern architecture, which in some instances is translating into heritage protection, it is also increasingly the target of developers’ wrecking balls.

Who cares, I’m sure many would say. After all, postmodernism is an architectural style that attracted more than its fair share of opprobrium, which, it hardly needs saying, continues to this day. Surely postmodernism’s advocates should be thankful that these buildings are only being altered and aren’t being completely knocked down, which is increasingly the fate of countless other less notable examples of the style.

There is even an argument to say that alteration actually makes a building more postmodern. If following the contention of postmodernism’s high priest, Charles Jencks, that “double coding” – the combination in a single building of techniques, quotations or references from two different registers – is the defining characteristic of a postmodern building, then what could be more postmodern than alteration? 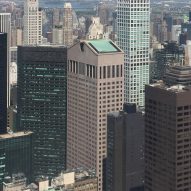 Surely augmenting, renovating, modifying or re-working an existing building is the supreme act of double-coding?

But this doesn’t apply if, as in the case of the proposed changes to the Thompson Center, this means stripping the building of everything that makes it so wonderfully thrilling and a true one of its kind. Thompson Center renovation is aiming for lowest common denominator of apparently “good taste”. Frankly, if the renovation proceeds in the way the renders suggest, then they might as well have knocked it down.

Whether you love it or loathe it, postmodern architecture stands as vital evidence that there are different ways of doing and thinking about architecture

More broadly, if this kind of approach is the best we can hope for even for buildings as significant as the Thompson Center then the risk is that, apart from a handful of exceptional examples, which have been awarded the highest protection, we will soon lose a whole generation of buildings that defined not just a pivotal and transformational moment for architecture, but for the wider world.

It really doesn’t have to be this way. The renovation of Michael Grave’s Portland Building shows how it’s possible to upgrade a postmodern building without losing the essence of the original.

In this case, the failing original facade (the result of economies at the time of construction) was over-clad with a new curtain wall, which replicated the original so exactly that it is indistinguishable to all but the expert. 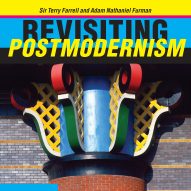 "Revisiting Postmodernism is a careening joyride through 20th-century architecture"

The result not only saved Graves’ building but did so in a way that does not depart from its original sprit but actively reinforces it. There is no reason an equivalent approach can’t be found of the Thompson Center.

Whether you love it or loathe it, postmodern architecture stands as vital evidence that there are different ways of doing and thinking about architecture. In our present moment of social and environmental crisis, the very notion that alternatives are possible has never been more important.

Preserving postmodern buildings like the Thompson Center is, therefore, vital not just for their sake, but for their role in fostering a richer, more diverse and more inventive architectural culture.

Owen Hopkins is an architectural writer, historian and curator. He is director of a new centre for architecture and cities in Newcastle, UK opening in 2022 and was previously senior curator at Sir John Soane’s Museum and architecture programme curator at the Royal Academy of Arts. He is the author of books including Postmodern Architecture: Less is a Bore (2020), Lost Futures (2017) and Mavericks: Breaking the Mould of British Architecture (2016).