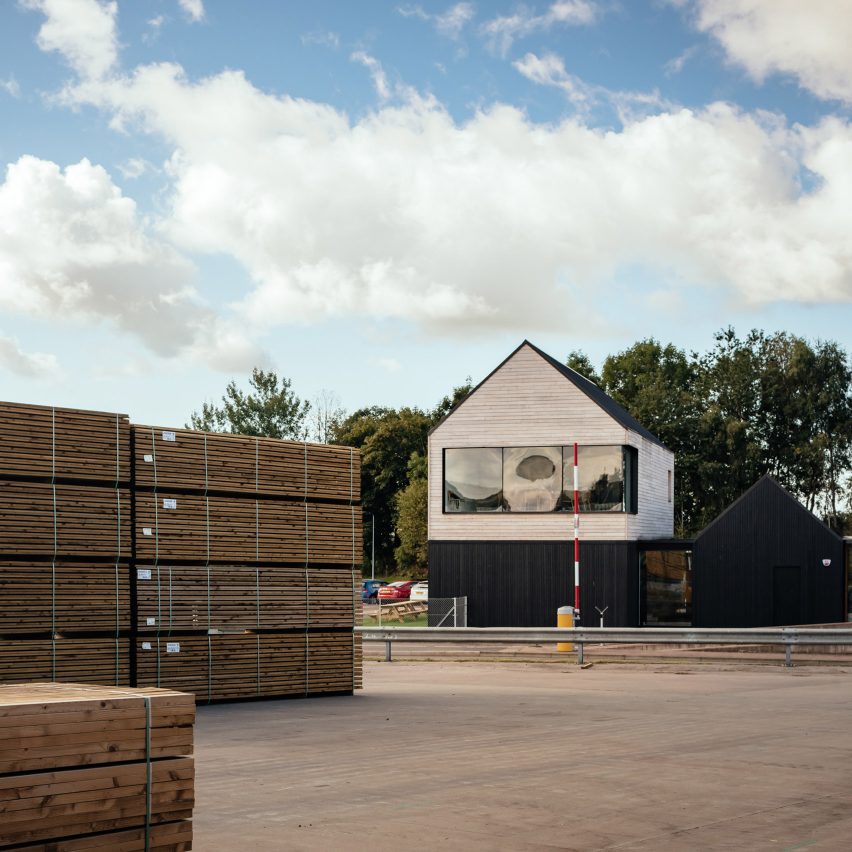 This video by Stephenson& captures the pared-back visitor centre that architecture studio Konishi Gaffney designed for Lockerbie Sawmill, which is in the running for this year’s RIAS Andrew Doolan Best Building in Scotland Award.

It is one in a series by production studio Stephenson& that Dezeen is publishing with the Royal Incorporation of Architects in Scotland (RIAS) to document the five-strong 2022 shortlist.

Located in the Scottish town of Lockerbie, the visitor centre was designed to showcase client James Jones and Sons‘ sawmill, which is the largest in the UK, while also providing office space for its employees.

It was designed by Konishi Gaffney using the client’s own timber products and is deliberately simple to complement its industrial context.

“We wanted to make a building that was honest and simple,” the studio’s co-founder Kieran Gaffney explained in the video.

“We didn’t want it to be too fancy, and that’s a nice balance” he continued. “I like architecture which is good but not too good, you know, interesting but not too interesting.” 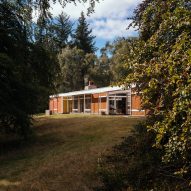 RIAS holds The Andrew Doolan Best Building in Scotland Award annually to celebrate the works of architects in Scotland.

Lockerbie Sawmill features on this year’s shortlist alongside four other projects including Quarry Studios by Moxon Architects and Loader Monteith’s restoration of the fire-torn High Sunderland house.

The post Visitor centre at UK's largest sawmill designed to be "interesting but not too interesting" appeared first on Dezeen.