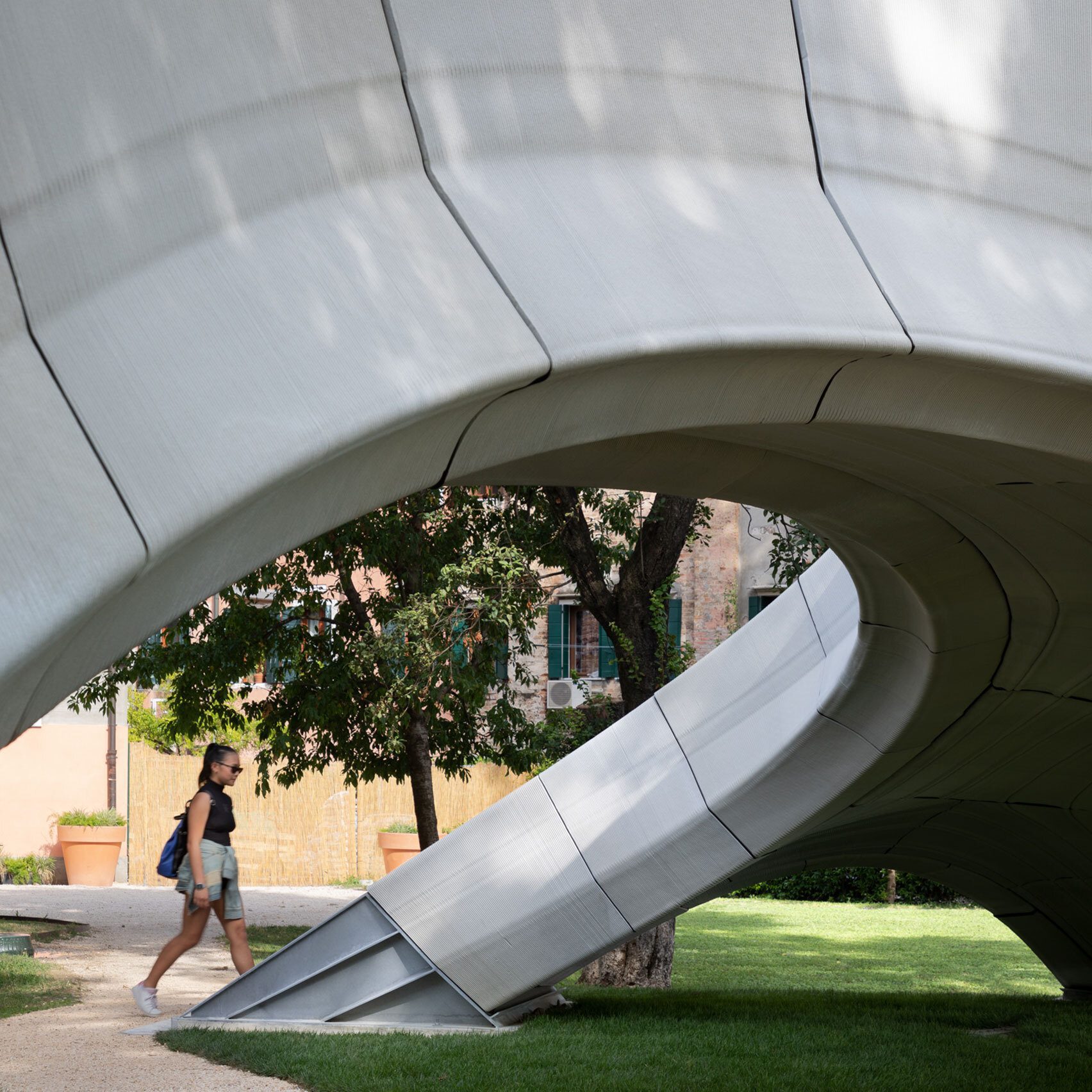 Dezeen has teamed up with Holcim to host a live talk about Striatus, a 3D-printed concrete footbridge that the building material company built in Venice with Zaha Hadid Architects and Block Research Group at ETH Zurich. Watch live from 3:00pm London time.

Moderated by Dezeen’s chief content officer Benedict Hobson, the talk will explain how the Striatus bridge was conceived, designed and constructed, and explore the implications that the project has for the future of construction.

Striatus is a 16-metre-long bridge built by the Block Research Group at Swiss university ETH Zurich and Zaha Hadid Architects, in collaboration with concrete 3D-printing specialists incremental3D. The project was made possible by Holcim with its custom-made proprietary concrete ink.

The unreinforced arched bridge comprises 53 hollow blocks, each printed from 500 layers of concrete, which are held in place solely through compression.

Philippe Block, founder of the Block Research Group at ETH Zurich, will appear on the panel alongside Shajay Bhooshan, senior associate at Zaha Hadid Architects and founder of ZHA CODE, the firm’s computational design research group. Representing Holcim on the panel is Nollaig Forrest, the company’s head of communications and public affairs.

Block is a professor at the Institute of Technology in Architecture at ETH Zurich, where he leads the Block Research Group with Dr Tom Van Mele. He is also director of the Swiss National Centre of Competence in Research in Digital Fabrication.

He studied architecture and structural engineering at the Vrije Universiteit Brussel in Belgium and then at MIT in the US, where he earned his PhD in 2009.

Block Research Group is known for innovative experiments in engineering, including self-supporting structures made of mushroom mycelium and an armadillo-like stone canopy that supports itself without glue.

Alongside his role at Zaha Hadid Architects, Bhooshan is also a PhD candidate at the Institute of Technology in Architecture, ETH Zurich, where he works at Block Research Group as a research assistant.

Additionally, he works as a studio master at the Design Research Laboratory master’s degree program at London’s Architectural Association.

Previously, he worked at London-based stadium architecture firm Populous, and completed his master’s degree at the Architectural Association in 2006.

Forrest is head of communications and public affairs at Holcim. Prior to this, Forrest acted as vice president of corporate communications at Firmenich, a producer of fragrance and flavour ingredients.

She has also held senior communications roles at Dow, DuPont and the World Economic Forum, and is a member of the MIT Climate and Sustainability Consortium Advisory Council.