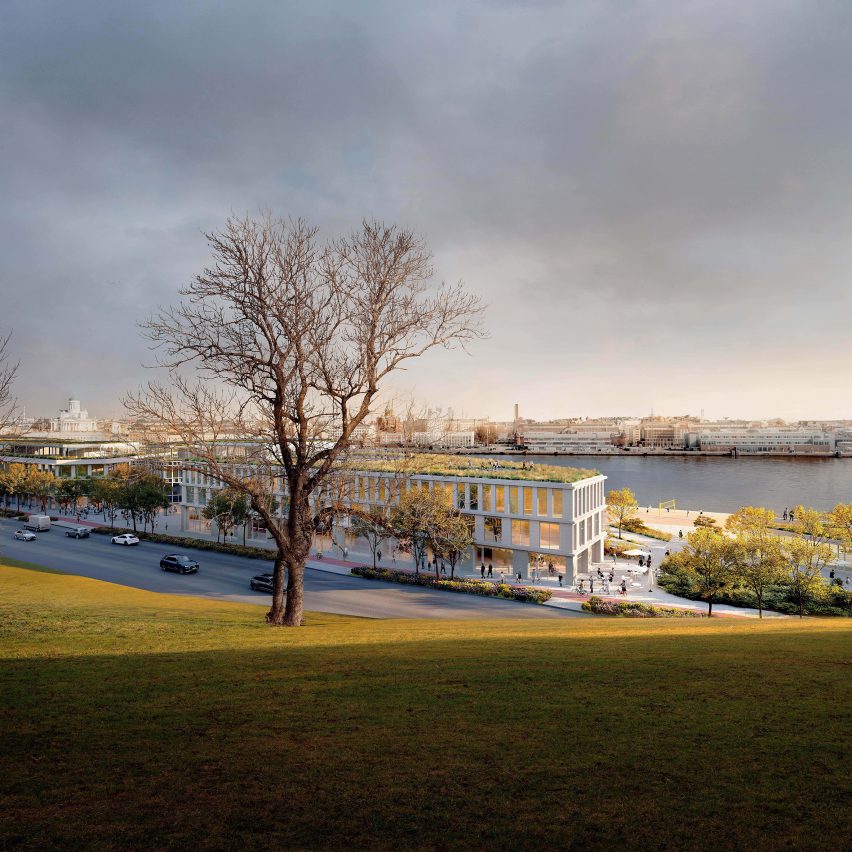 Local practice K2S Architects and Sweden’s White Arkitekter won the competition to revitalise the Makasiiniranta area on the city’s South Harbour with a proposal called Saaret, or “The Islands”, developed with the consortium Konsortium Gran.

The Makasiiniranta site covers 83,000 square metres and will include a long-discussed museum of architecture and design, which will be the subject of a separate competition in 2023.

The area is currently home to old port terminals and is the only remaining section of the old harbour in the Finnish capital that is cut off from public use.

Under the Saaret proposal, it will be transformed with a series of coastal squares that will continue the public-access trail that goes all around Helsinki’s cape.

The pedestrianised area will connect to the surrounding districts of Kaartinkaupunki, Ullanlinna and Kaivopuisto, and the existing main road of Laivasillankatu street will open up onto squares that frame views of the landmark Uspenski Cathedral and the Baltic Sea.

Three historic buildings on the site – the Old Market Hall, the Olympia Terminal and the Satamatalo building – will be preserved, with the latter two turned into cultural venues, while new additions will include commercial and office spaces, a restaurant and a hotel.

Biodiverse habitats will be created with intention of improving the area’s microclimate and will include rooftop beehives and vegetable and herb gardens.

The jury chose the Konsortium Gran’s proposal from a shortlist of four, and praised its treatment of city sightlines, respectful treatment of historic structures and creation of “a new unique layer to the national landscape”.

“It is an honour to be able to write a new narrative for such a vital part of the national landscape in Helsinki and this country of ours,” said K2S Architects partner Mikko Summanen.

“I believe Makasiiniranta is a far bigger project than purely its footprint. It has the potential to revitalise the whole of downtown Helsinki.” 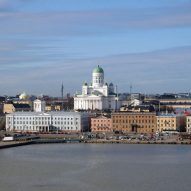 The competition designs had to have climate-smart and sustainable construction methods that would comply with the City of Helsinki’s target of being carbon neutral by 2035.

A separate design competition is expected to be held for the new museum building – combining two existing museums, the Museum of Finnish Architecture and the Design Museum – in 2023.

The museum has been the subject of much debate since plans for the Guggenheim Helsinki, once envisioned to make its home in Makasiiniranta, were abandoned in 2016.

A multidisciplinary advisory group has recently been appointed to shepherd the museum through its development phase. Some of the leading experts on it from the worlds of design and architecture include MoMA senior curator Paola Antonelli, ArkDes director Kieran Long and Index Project CEO Liza Chong.

The Makasiiniranta development area extends from the northern edge of the Market Square’s Cholera Basin to the south side of the Olympia Terminal, on the northern corner of Kaivopuisto.

White Arkitekter’s recent projects include Gothenburg’s first wooden office building, Nodi, and another timber building, the Sara Kulturhus Centre in Sweden, which should be carbon-negative over its lifetime.