Colombo and Serboli Architecture has made room for colourful storage units and a pink bathroom by opening up the plan of this apartment in Barcelona’s historic El Born neighbourhood. 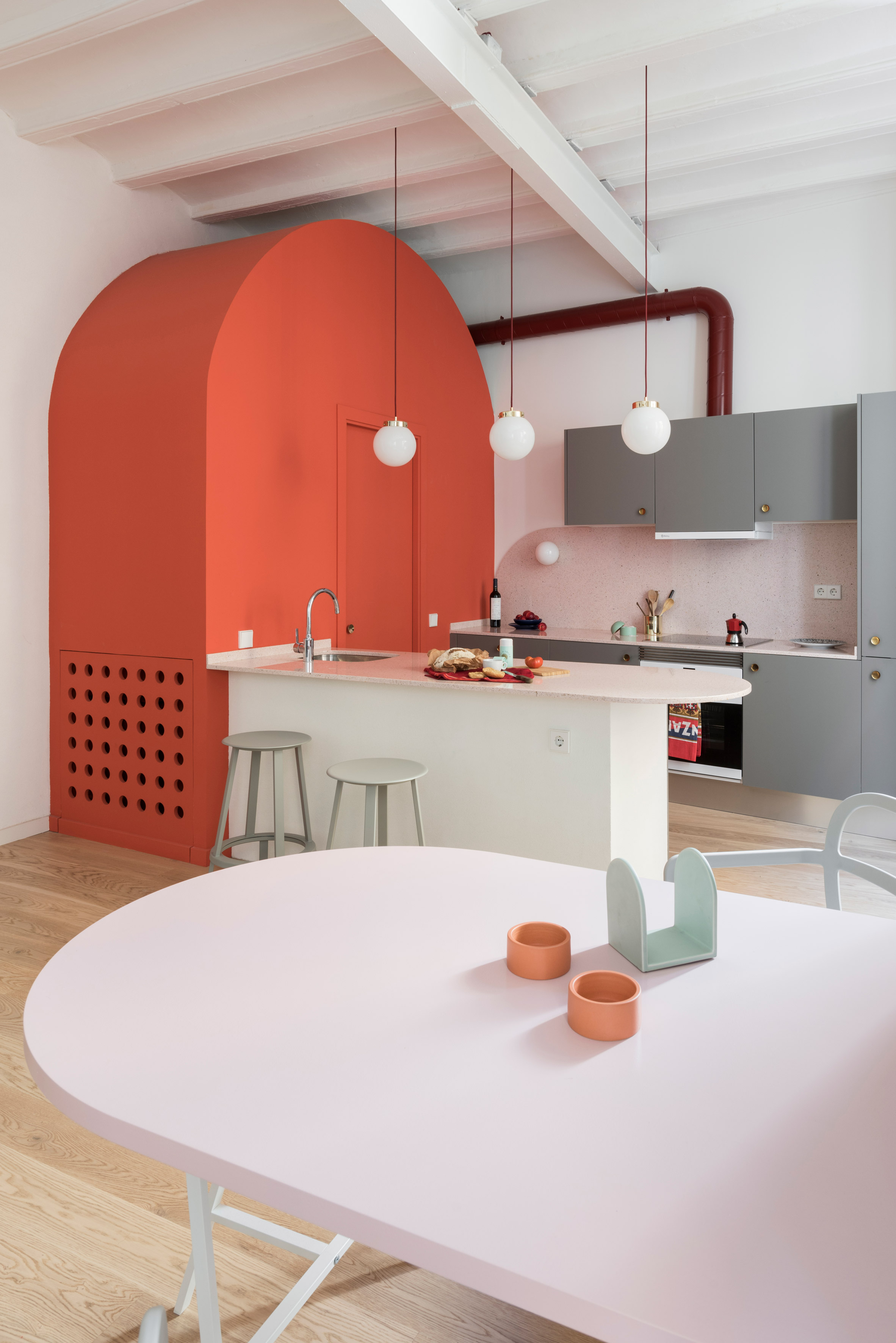 Apartment in Born is set within a residential building that dates back to the 13th-century. It’s owner, a young Italian women who works in the fashion industry, approached Colombo and Serboli Architecture to redesign her home to incorporate extra storage and a new guest bathroom.

The 65-square-metre property formerly had a dark, compartmentalised layout – two bedrooms that occupied the apartment’s street-facing side and one bedroom that sat near its entrance were preventing light from reaching the central communal areas. 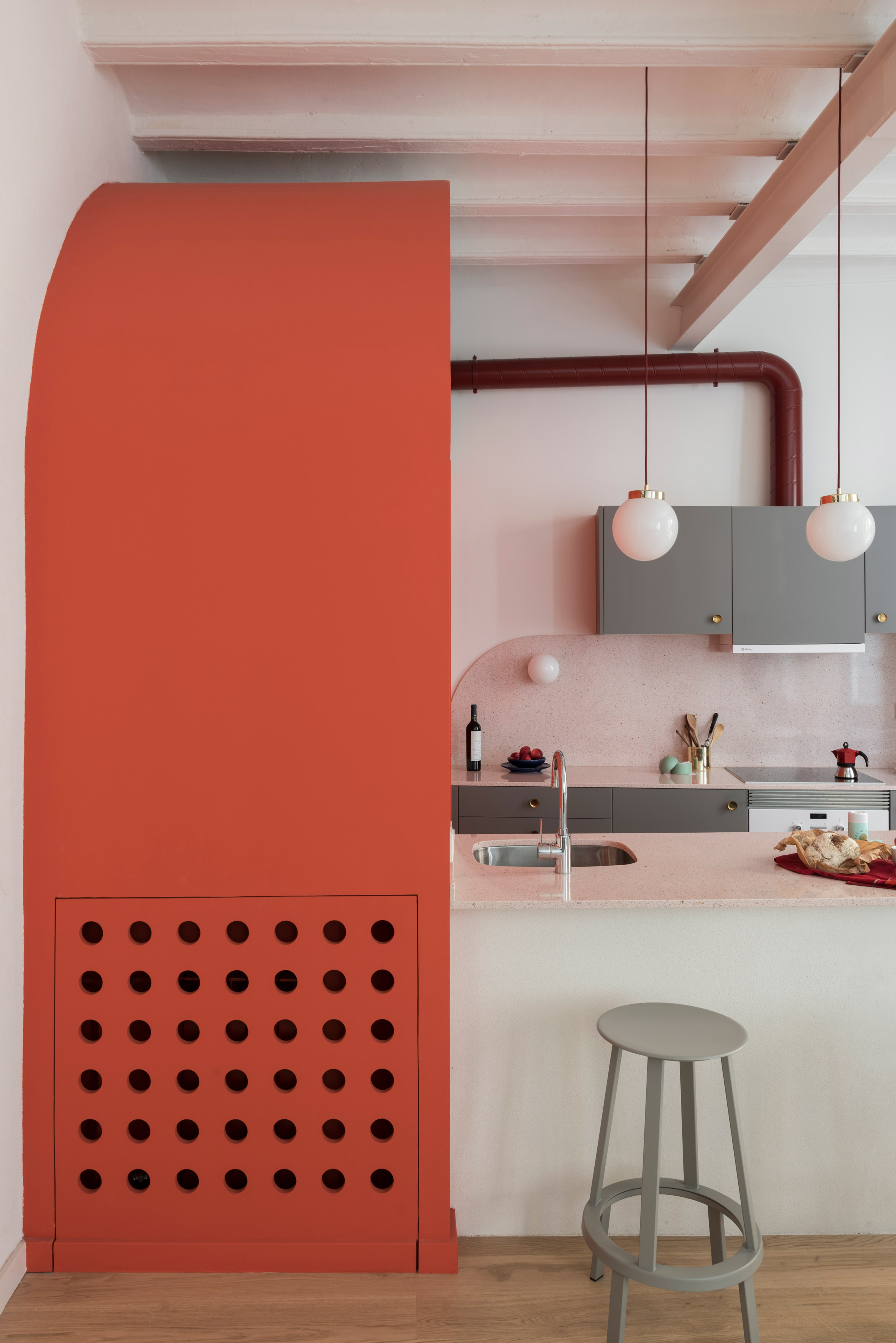 The local practice, which goes by the name CaSA for short, decided to completely rearrange the apartment, demolishing all of the existing partition walls to draw attention to the four-metre-high ceilings and large balcony windows. 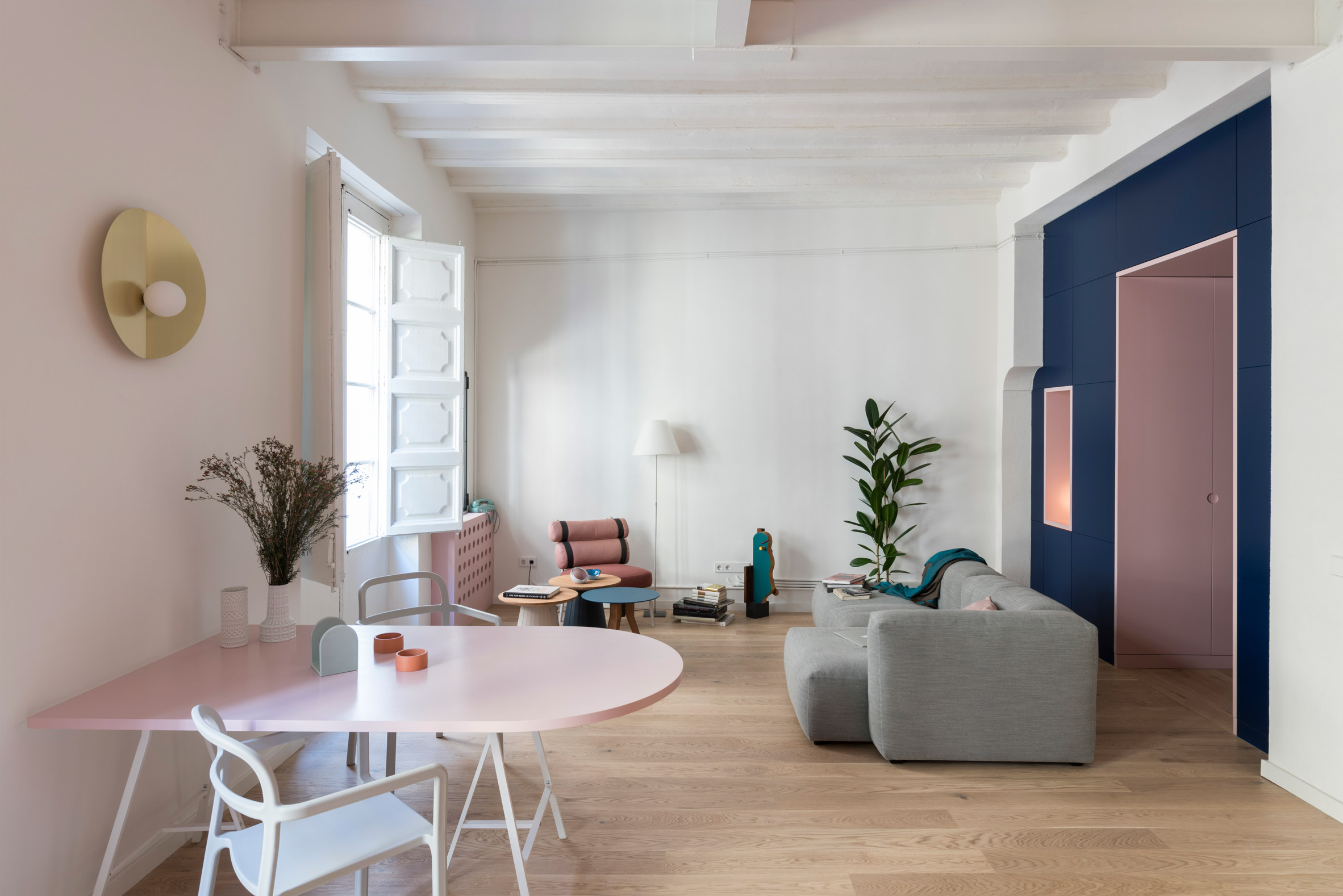 To offer some separation between the home’s entranceway and the main living area, the architects created a full-height storage unit where the client can keep her clothes and other belongings. The navy blue cabinetry features a contrasting pink display niche and doorway.

The adjacent living and dining area is dominated by a coral-coloured arched volume that conceals the guest toilet – inside, the room has been completed with blush-toned tiles and a circular mirror. 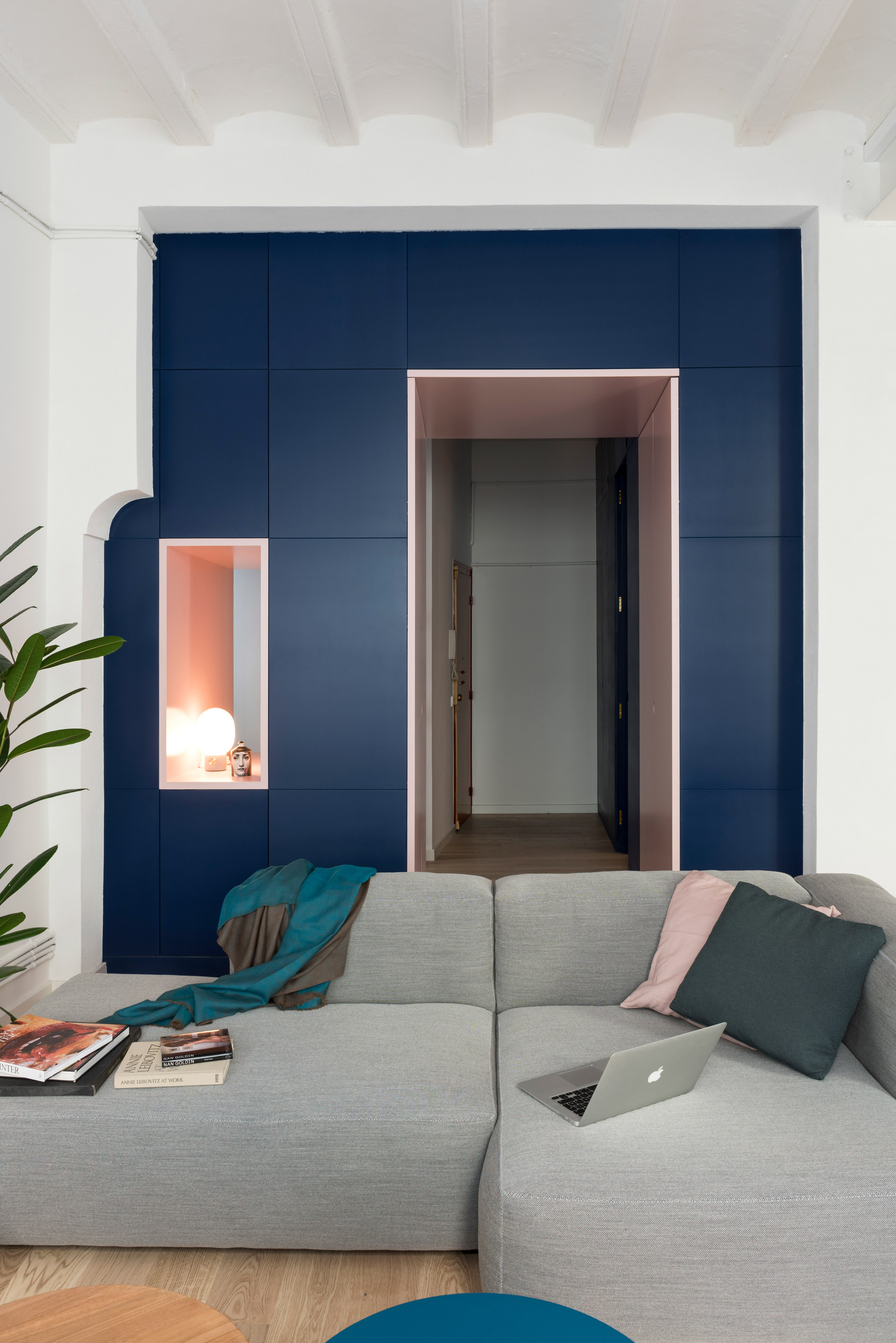 “So we opted for an arc shape, that while almost touching the wooden beamed ceilings, enhances and preserves the full room height.” 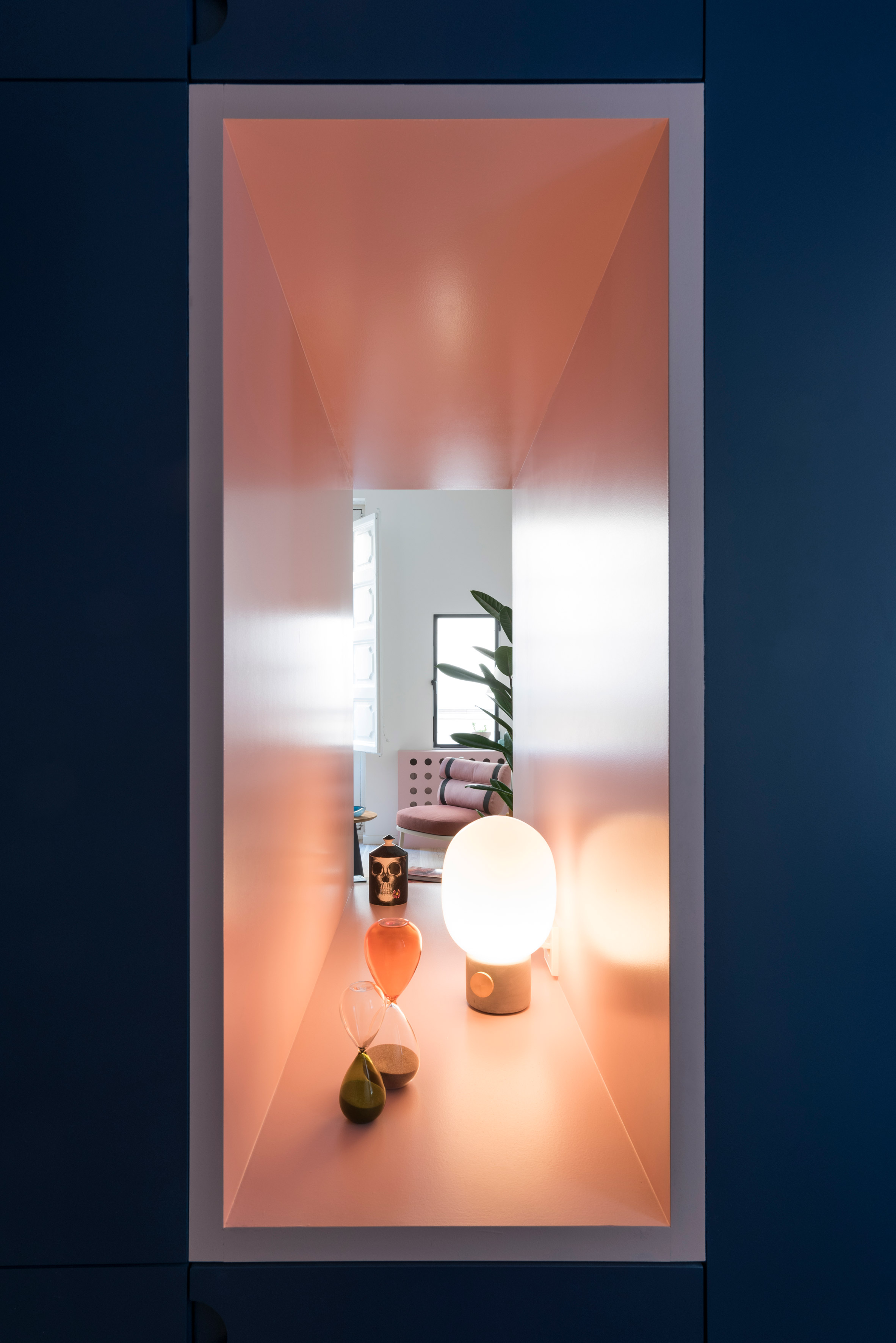 This arc shape is echoed in the kitchen by the curved breakfast island, which has a terrazzo-like surface crafted from flecked quartz.

The rest of the space has been kept bright with oak flooring and whitewashed walls, and is complemented by a pale grey sofa by Danish design brand Hay. 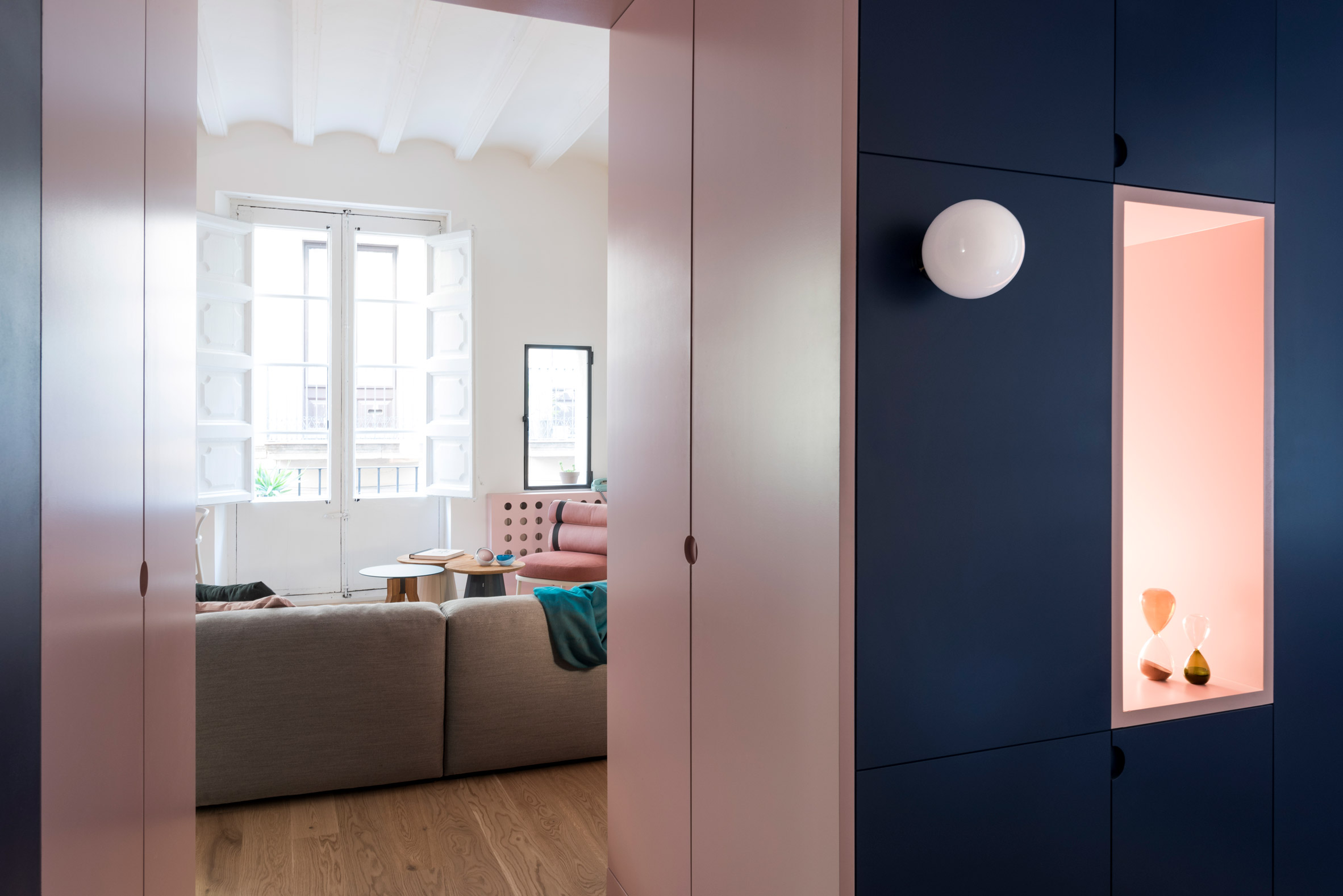 One thick wall was left behind to hide the bedroom. False ceilings were also tore down to expose the shallow vaults that are traditional to the Catalan region.

“The [project’s] challenge was mainly structural. Non-load bearing walls had acquired with time a structural value. So by getting rid of them in order to restore the great space, we had to substitute them with steel beams that now reinforce parts of the ancient structure,” the practice’s founders, Matteo Colombo and Andrea Serboli, told Dezeen.

“We wanted to underline through the new design all of the original elements, while enhancing the newly found great spaces and their proportions.” 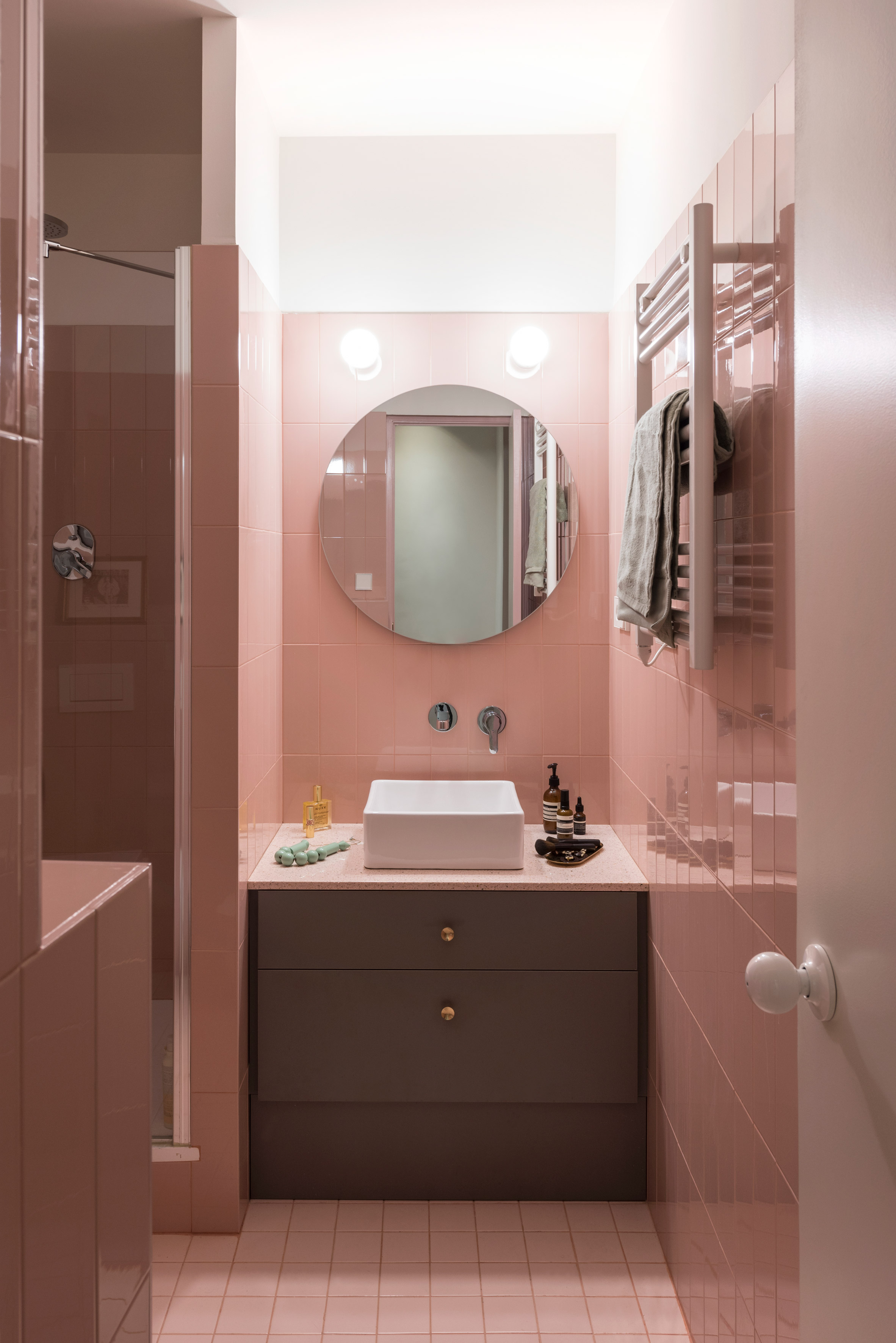 The practice also restored the original woodwork of the apartment’s wooden window shutters.

Based in Barcelona, Colombo and Serboli Architecture has completed a handful of other projects in the city – most recently it integrated storage systems and a host of other space-saving details to a co-working space in the Baró de Viver area.

Photography is by Roberto Ruiz.