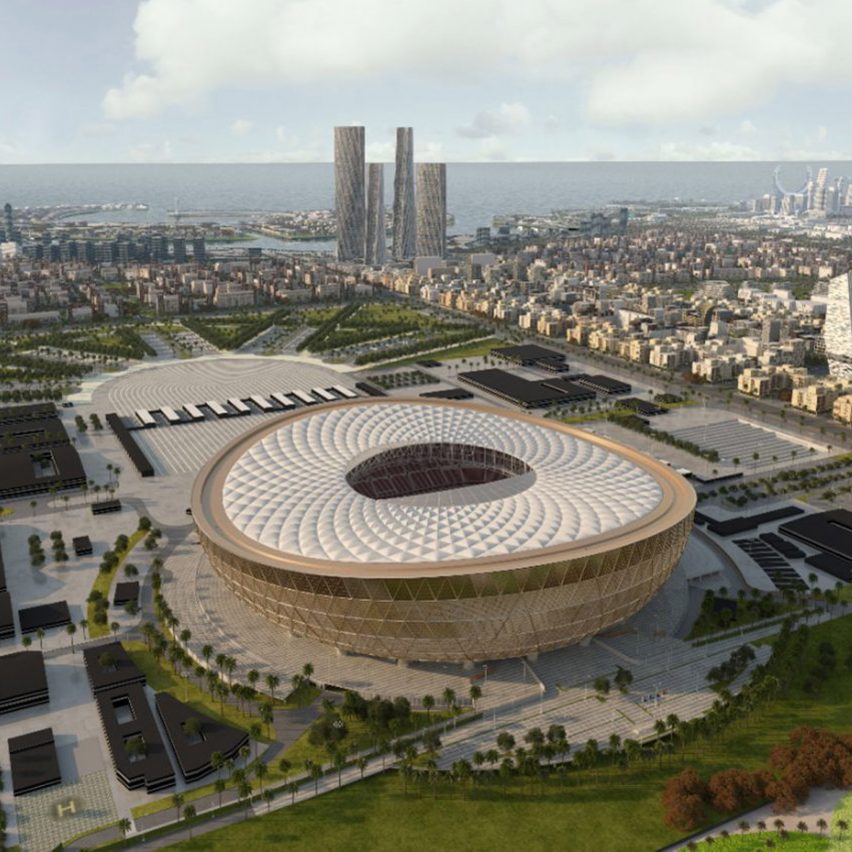 Tournament venues designed by Foster + Partners and Zaha Hadid Architects feature among the completed stadiums for the 2022 FIFA World Cup in Qatar.

Construction has now completed on Lusail Stadium, which was designed by British studio Foster + Partners and will host the final game of the 2022 FIFA World Cup.

With Lusail, the largest and final venue for the World Cup now finished and set to be inaugurated next year, Dezeen has rounded up all eight realised stadiums for the 2022 FIFA World Cup in Qatar.

The sporting event takes place from November to December 2022 and will be the first World Cup to be held in the Middle East and Arab world. 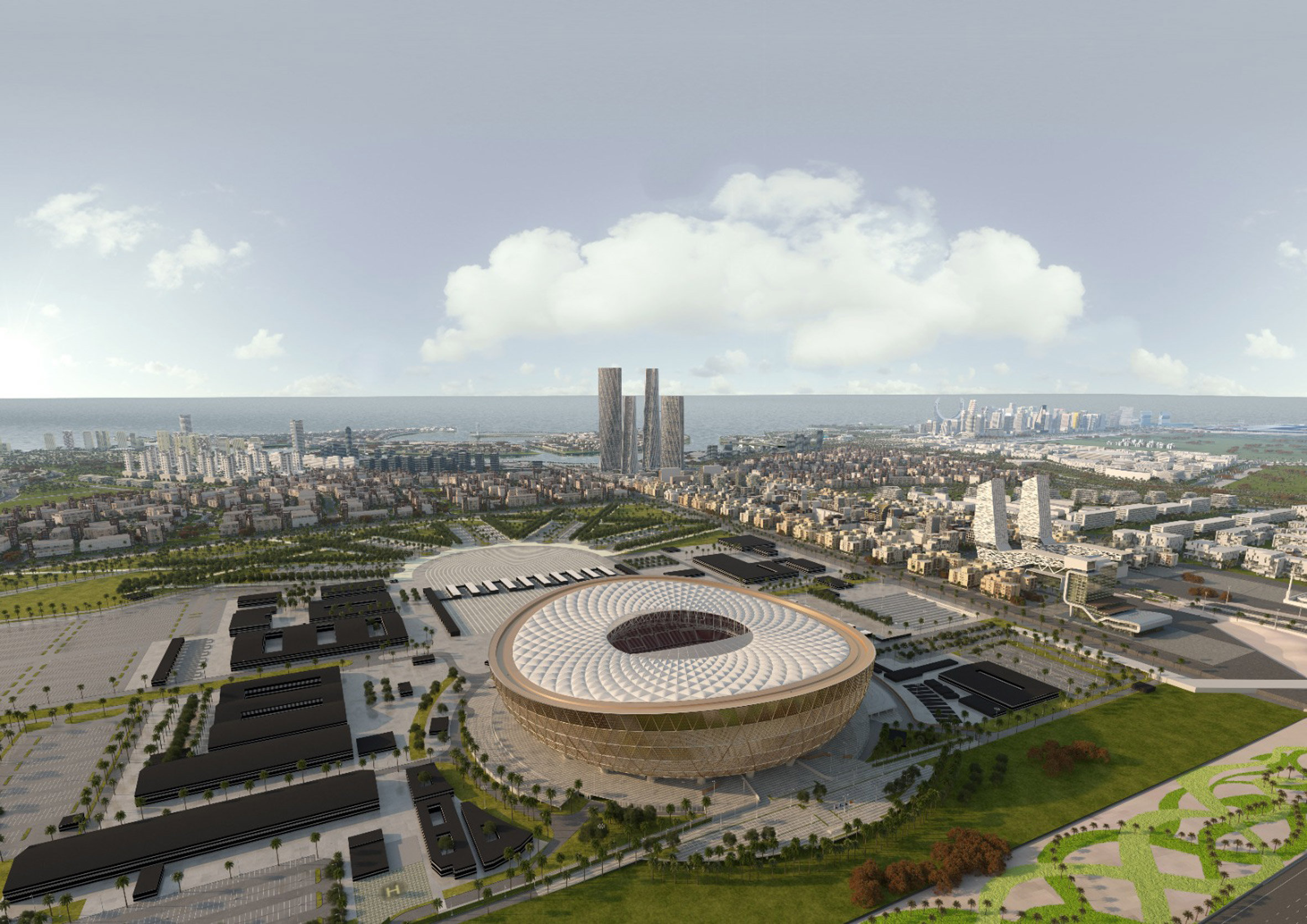 The aptly named Lusail Stadium is located in Lusail City and is Qatar’s largest 2022 FIFA World Cup venue. The stadium will seat 80,000 people and host both the opening and closing of the 2022 football tournament.

Its design by Foster + Partners was informed by and references Arab architecture, reflecting the decorative designs on Arab and Islamic bowls and vessels.

Lusail City, where the stadium is located, is a “futuristic” new city that will be home to 250,000 people and is located 20 kilometres from Doha. 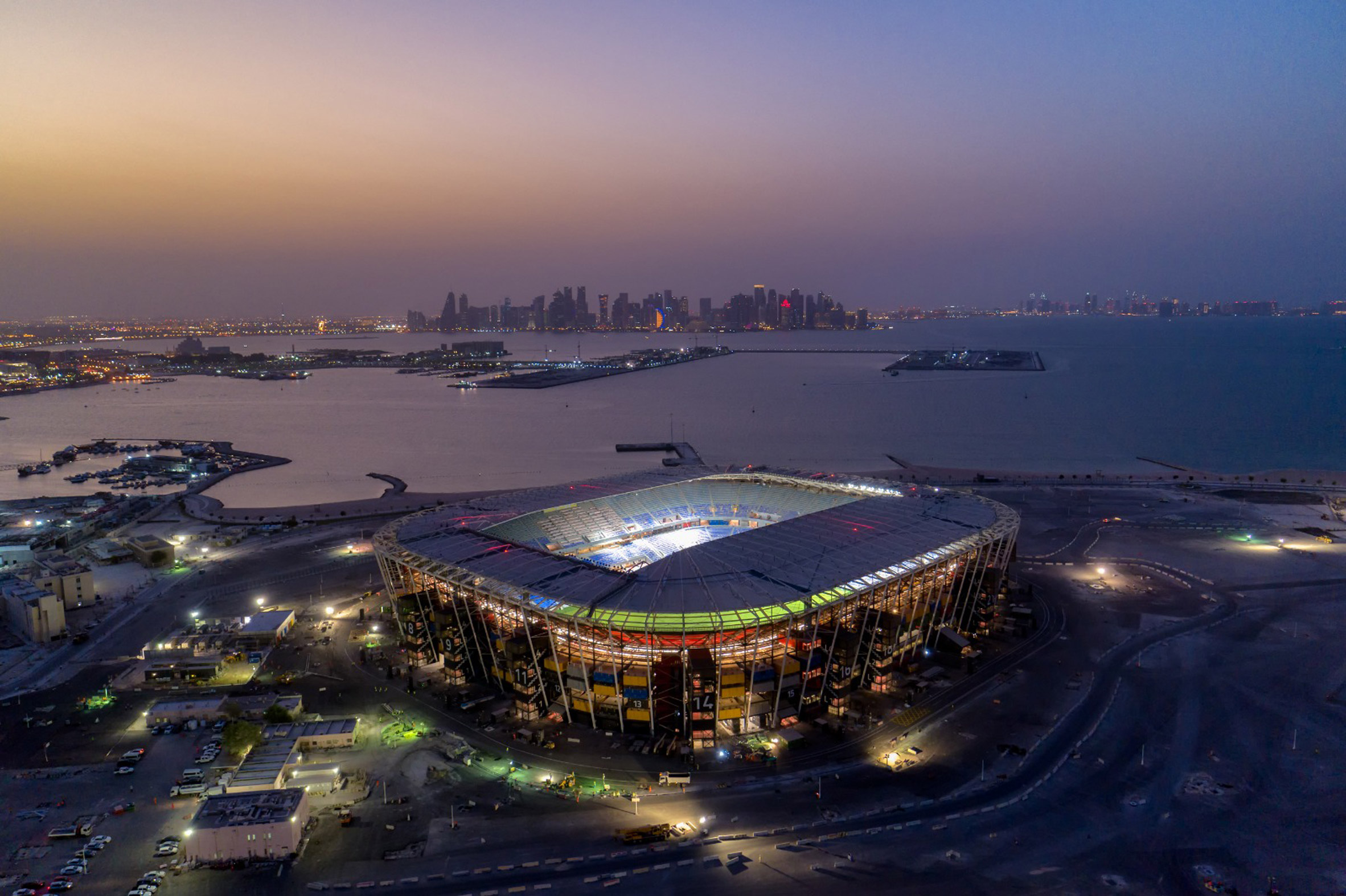 974 repurposed steel shipping containers will be arranged in a curving square to house 40,000 seats. The stadium will be the first fully demountable stadium in FIFA World Cup history.

Located in Ras Abu Aboud, it will host matches up to and including the round of 16 during the World Cup. Informed by ‘bayt al sha’ar’, tents historically used by nomadic people in Qatar and the Gulf region, the Al Bayt Stadium by Dar Al-Handasah celebrates the history of Qatar and its people.

Its tent-like design has a retractable roof system that will shade the structure and work with the cooling systems to cool the stadium internally.  The stadium was opened in 2020 and will host 60,000 people during the football tournaments.

The stadium will host matches up to and including the semi-finals and after the tournament, 28,000 seats will be donated to developing countries. 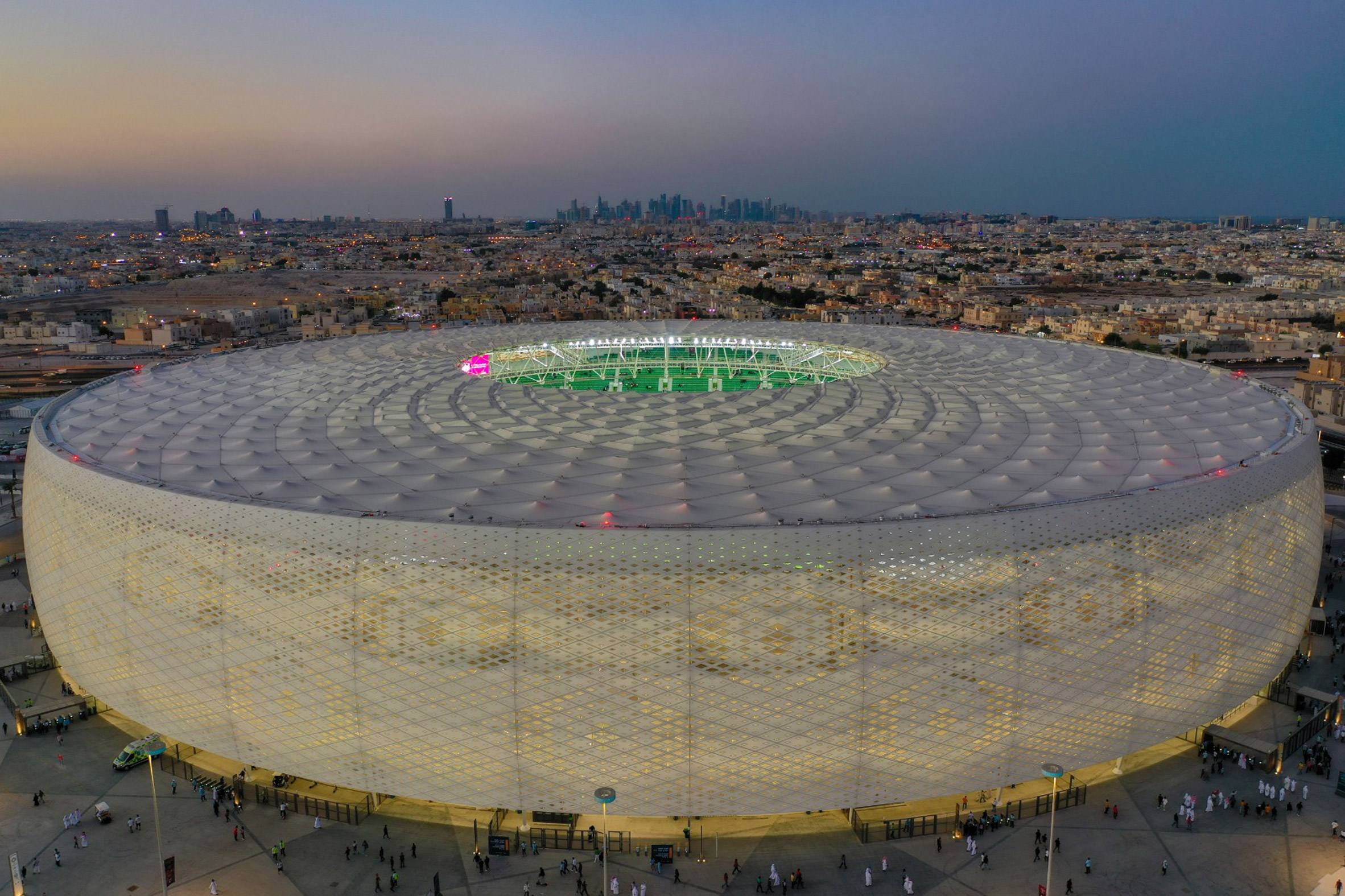 Qatari architect Ibrahim M Jaidah modelled the Al Thumama Stadium in Doha after the gahfiya, a traditional woven cap worn by men throughout the Middle East.

The stadium has a 40,000-person capacity in its large concrete bowl. After the tournament has ended, 20,000 seats from the upper stand will be removed and replaced by a 60-room boutique hotel.

Al Thumama Stadium will host matches up to and including the quarter-finals stage of the tournament. 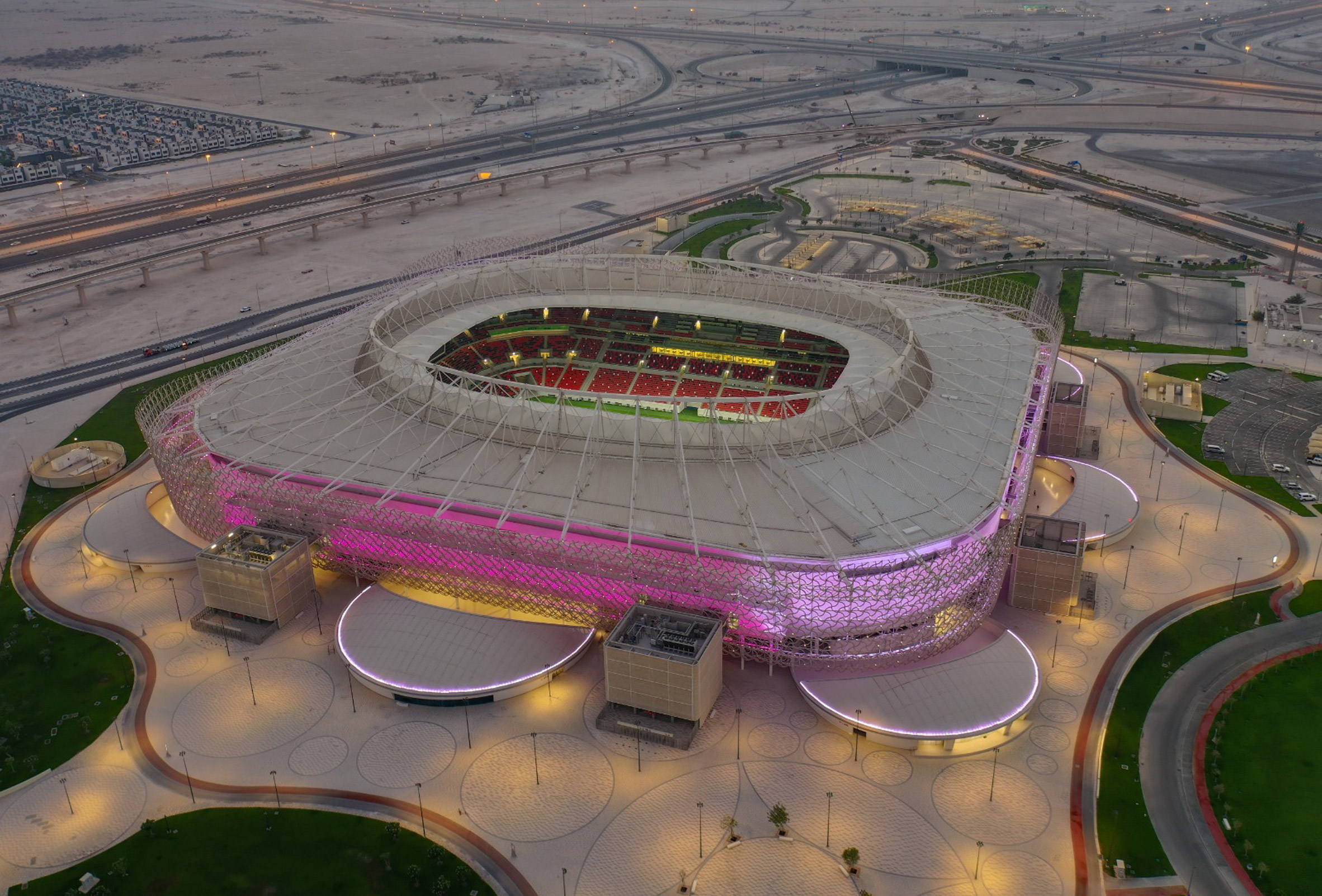 Built on the site of the former Ahmad Bin Ali Stadium, the stadium by Pattern Design and Ramboll used materials from the deconstructed stadium within the new structure.

The stadium is clad in multimedia screens that glow and change colours. These are enveloped by a metal screen that depicts patterns and motifs typically found across Qatari architecture.

Its design was inspired by sand dunes and Islamic architecture, and the building will host matches up to and including the round of 16. 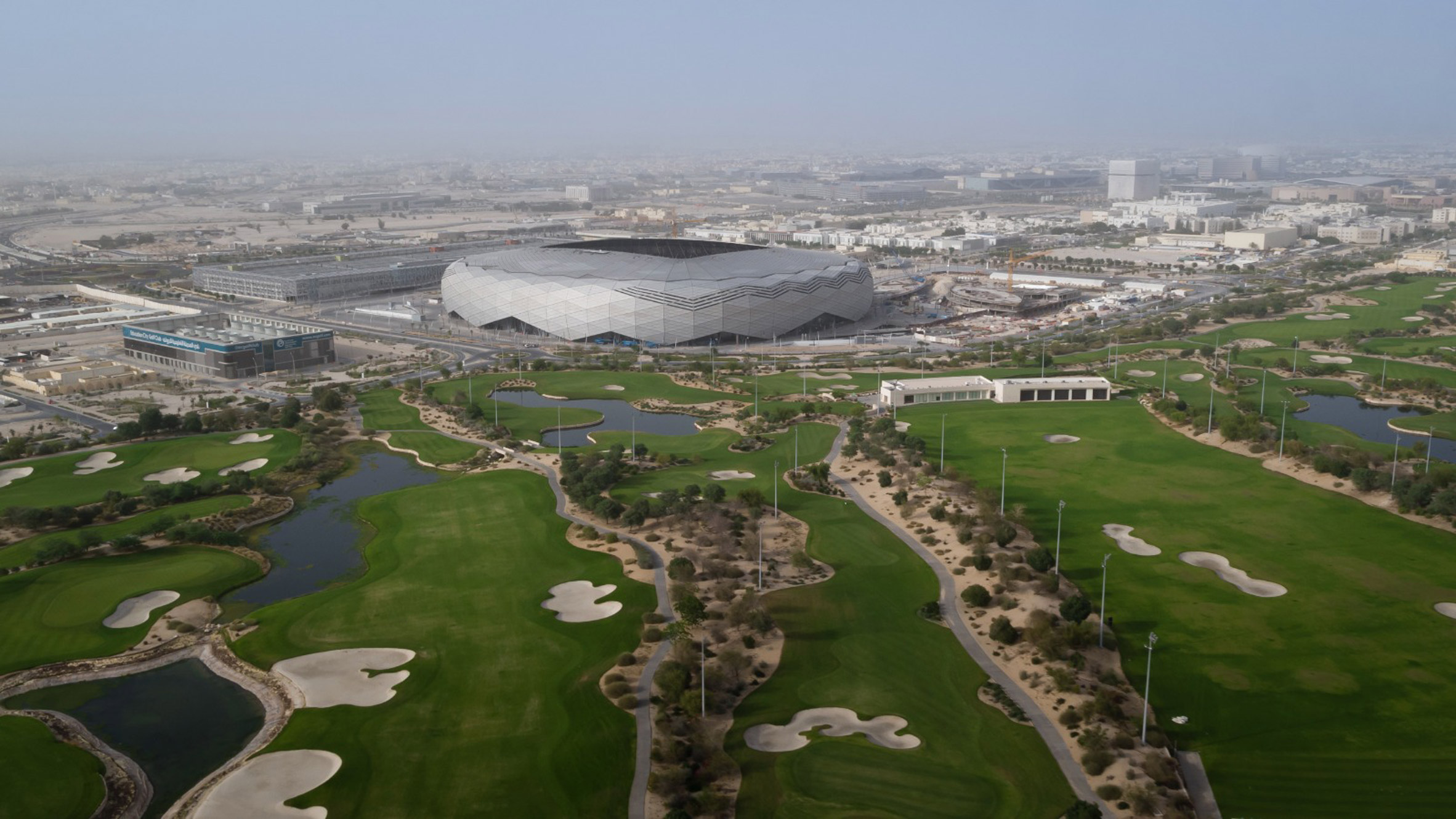 Colloquially known as the “Diamond in the Desert”, Fenwick-Iribarren Architects and Pattern Design’s Education City Stadium has a tessellating, geometric facade that changes colours as the sun hits its surface.

The stadium was the first of Qatar’s 2022 tournament stadiums to be awarded a five-star rating for sustainability from the Global Sustainability Assessment System.

It will host matches up to and including the quarter finals stage and be home to Qatar’s women’s national team and two schools after the World Cup is over. 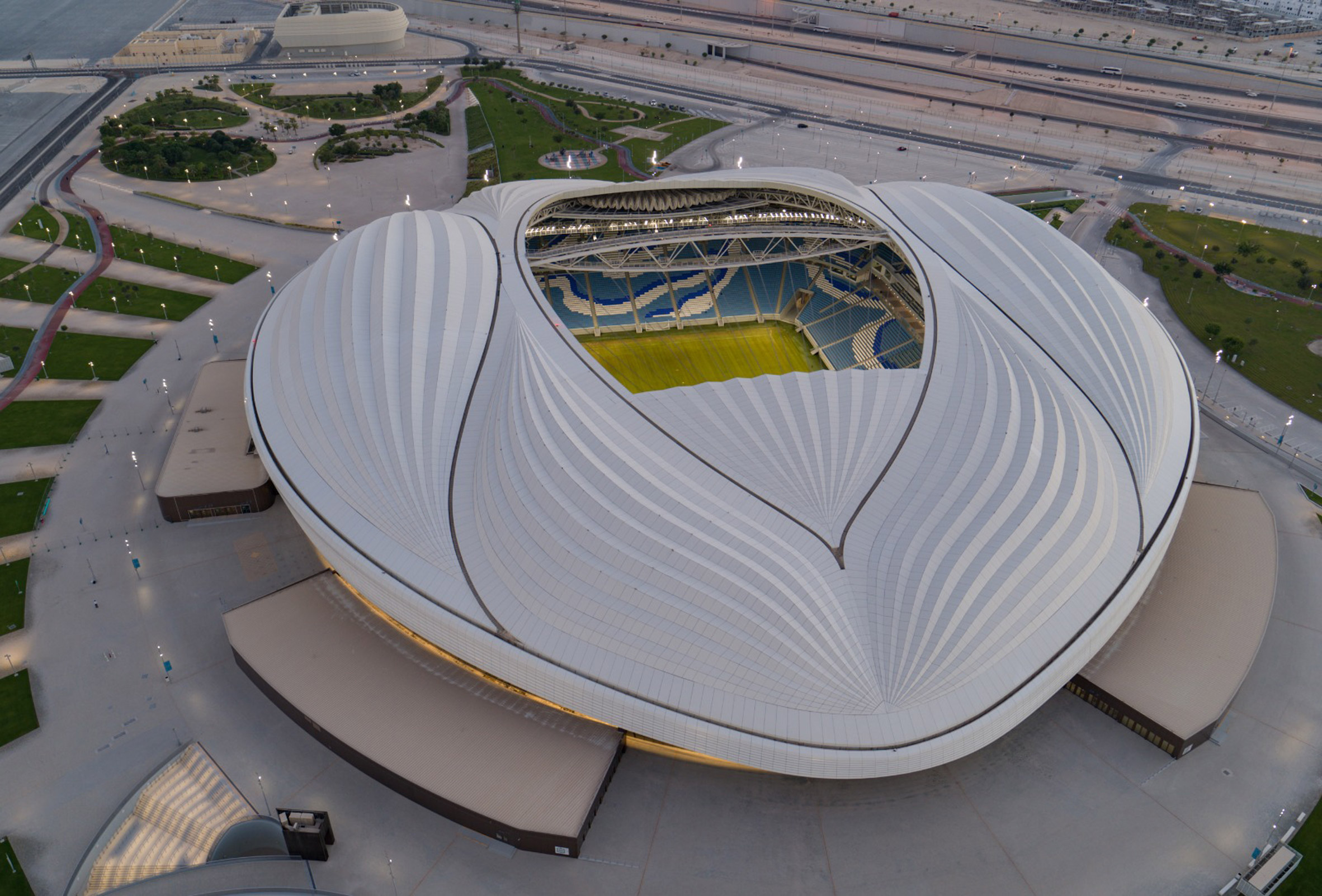 The Al Janoub Stadium by AECOM and Zaha Hadid Architects was the first of the Qatar 2022 stadium’s to be completed. It is located 10 miles south of Doha and is host to 40,000 seats.

The design was informed by the sails of the traditional dhow fishing boats found in the city’s harbour, as a tribute to Al Wakrah’s seagoing history. The stadium was also built with cooling systems and a retractable roof.

Al Janoub Stadium will host matches up to and including the round of 16. 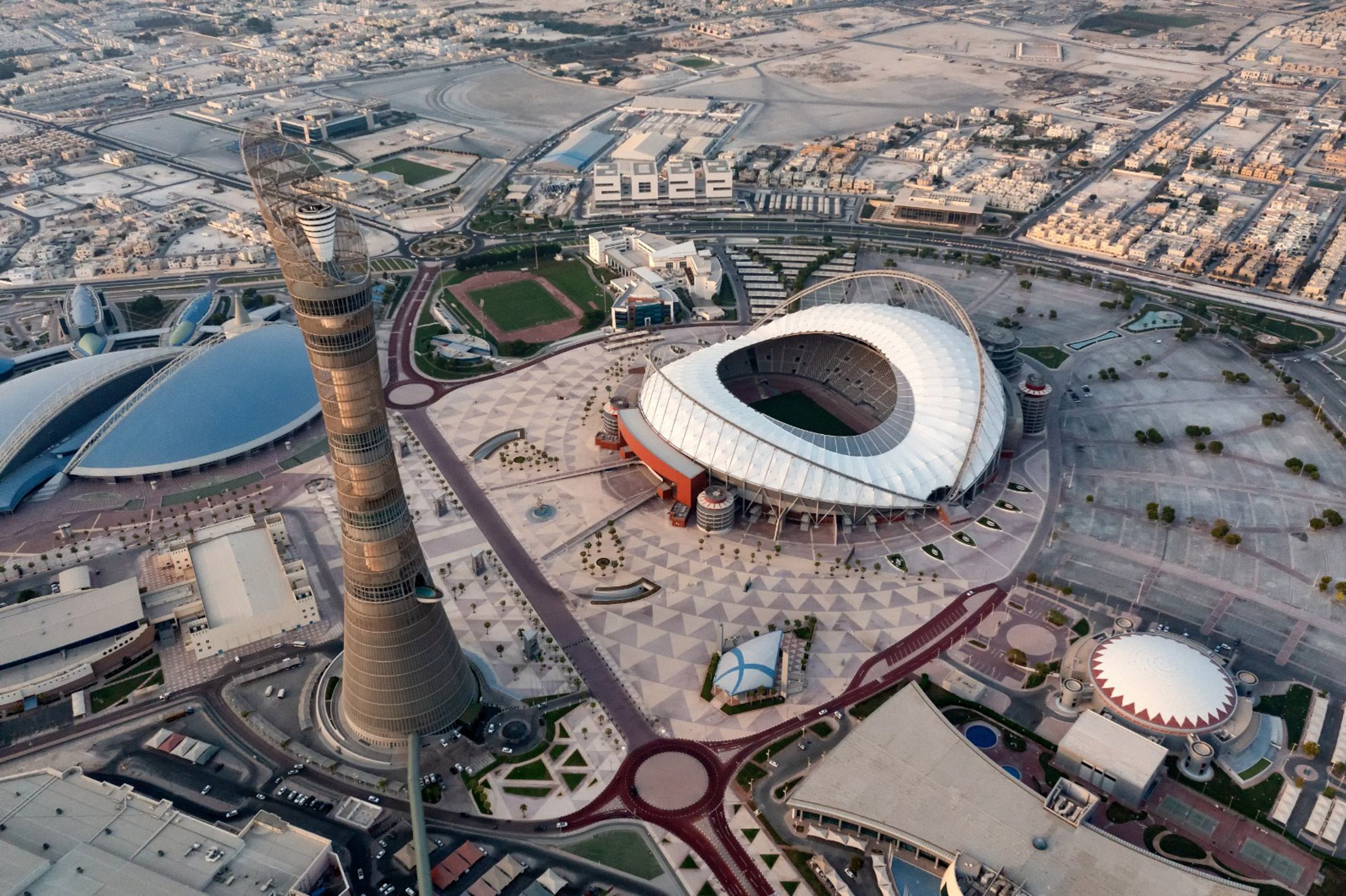 The Khalifa International Stadium was renovated and redeveloped in the lead to the FIFA World Cup 2022. It was updated with a new tier of seating, adding 12,000 seats, as well as a new facade.

The structure has hosted a variety of sporting events since it first opened in 1975 and has since served as Qatar’s national stadium.

It was the first stadium to be ready for the tournament and will host matches up to and including the third-place play-off.