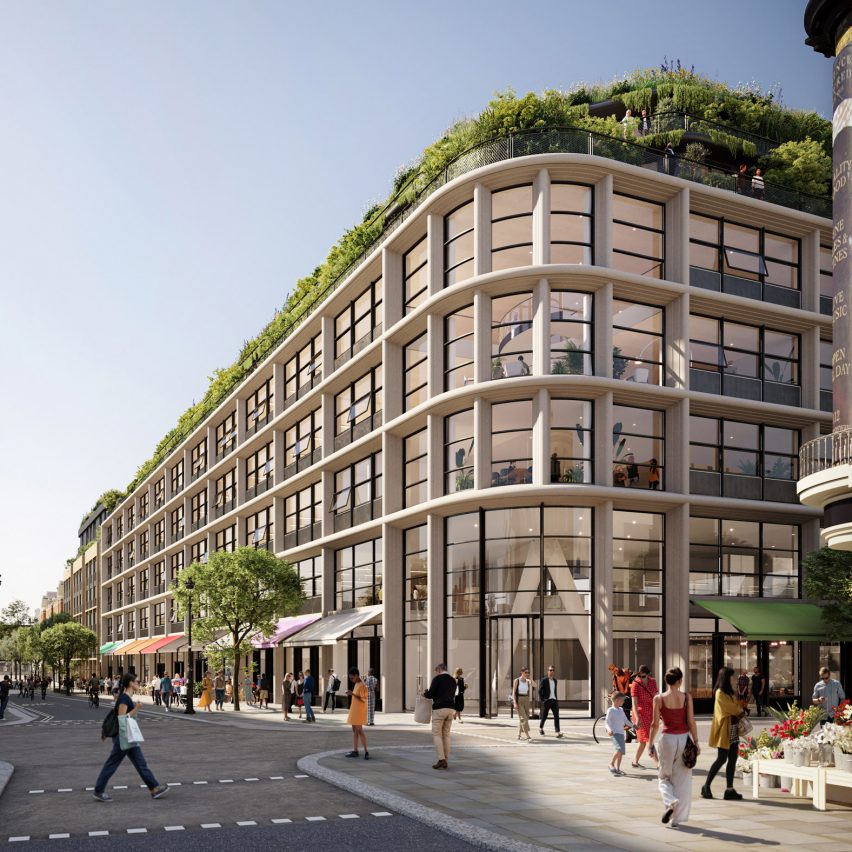 British studio Foster + Partners has unveiled plans for The William, which will be made from cross-laminated timber and become the studio’s first timber office building in the UK.

The William will be located in Queensway, Bayswater, across from The Whiteley shopping centre, which Foster + Partners is also redeveloping as part of a wider regeneration of the area.

The six-storey building will have an exterior that is informed by the “natural environment”, real estate investment management firm Mark, which secured planning permission for the project, said. It is named after The Whiteley’s founder William Whiteley.

In addition, it will contain 32 new homes, 11 of which will be affordable. The ground floor will house a double-height lobby with a swooping, sculptural staircase, which will be designed using organic materials.

This floor will also have 11 retail units, designed to mirror the redeveloped The Whiteley on the other side of the road.

“Bio-diverse” terraces and rooftops will provide greenery that will be visible from the street level.

“The William will be constructed using cross-laminated timber, a highly sustainable method of construction, making it one of London’s largest timber developments in the works,” Mark said. 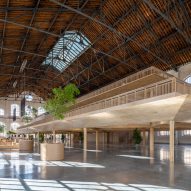 According to the management firm, The William will achieve a BREEAM Outstanding rating and be operationally net-zero carbon once completed.

It will be built using natural and responsibly sourced materials.

When complete, The Whiteley will house 139 residences and twenty new shops, restaurants and cafes as well as Six Sense Hotel. It will also have a cinema and a large-scale gym.

The overall Queensway generation project is set to be completed in 2025 and will deliver seven new buildings in the area.

Other recent timber projects by Foster + Partners include a demountable timber office in Spain and a winery in France.

The post Foster + Partners to design "one of London's largest timber buildings" appeared first on Dezeen.