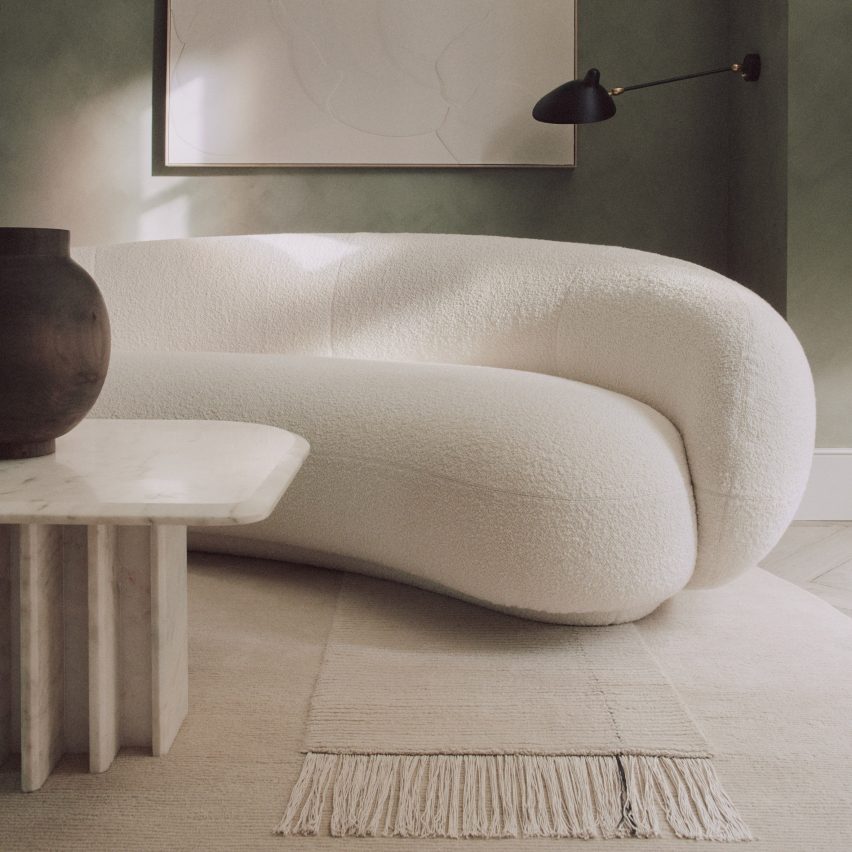 The furnishings and finishes in this London home, designed by interiors studio House of Grey, were chosen for the health of its occupants as well as the health of the planet.

According to House of Grey, the design of the interior, with its palette of natural colours and soft textures, was guided by “circular salutogenic design principles”.

This means it hopes to cut out waste and pollution, as a way of working towards a circular economic system. Salutogesis, meanwhile, refers to a medical approach focused on facilitating health rather than simply fighting sickness and disease.

In keeping with this, each material and resource the studio has used was researched for its impact on human and ecological health while in production, in use and once it has been discarded.

“We are no longer simply finding design solutions, our work is now focused on eliminating the problem altogether,” said the studio’s founder Louisa Grey.

“We have evolved to a place where we choose to work with materials and resources that are good for human health and have a positive ‘cradle to cradle’ impact on the planet.”

“I can never really find what I’m looking for, so at House of Grey we have started creating things for ourselves and for people that feel there is an inherent lack of choice when it comes to finding interior pieces with integrity that represent both their style and values,” she said.

Cox’s pieces include a master bed with matching side tables, as well as a wardrobe and vanity unit made from materials such as ebonised oak and blackened ash, which the designer claims are able to moderate humidity and improve indoor air quality.

The wardrobe interiors are made from cedar wood– a natural pesticide that can repel moths.

“Thought-through details such as these culminate in an ongoing contentment in a space that improves human health with day-to-day use,” said the studio.

The bedding and mattress were supplied by UK manufacturer NaturalMat and, according to the brand, are are made entirely from biodegradable materials.

The master bed is upholstered using coconut husk fibres, also known as coir, which are coated in natural latex to create a springy padding.

The bedroom also features natural lime paint by German brand Bauwerk in a colour that was developed in collaboration with House of Grey as part of a new collection that will launch later this month.

It is made using a variety of natural bases including clay, stone, chalk, slate and limestone, and coloured using natural pigments such as ochre.

“It is free of toxins and volatile organic compounds (VOCs), allowing your walls to breathe when combined with other natural building materials such as clay.”

The bathroom walls are made from a lime-based plaster surface called Tadelakt, which is waterproofed using a soap solution.

Traditionally found in Moroccan architecture, it releases 80 per cent less CO2 during its production than similar cement-based finishes and most CO2 that is generated gets re-absorbed by the lime as it cures.

The bath and sink consist of a natural plaster made from sands, unfired clays, pigments and minerals, while in the toilet House of Grey used a two-tone clay plaster wall finish by Clayworks in the shades Moon Tonal and Buff.

According to the brand, the natural clay has zero VOC emissions, low embodied carbon and is entirely recyclable.

Gitai Architects has recently renovated an apartment in Israel, covering its walls in plaster to give the space a natural tactility.

Photography is by Michael Sinclair.