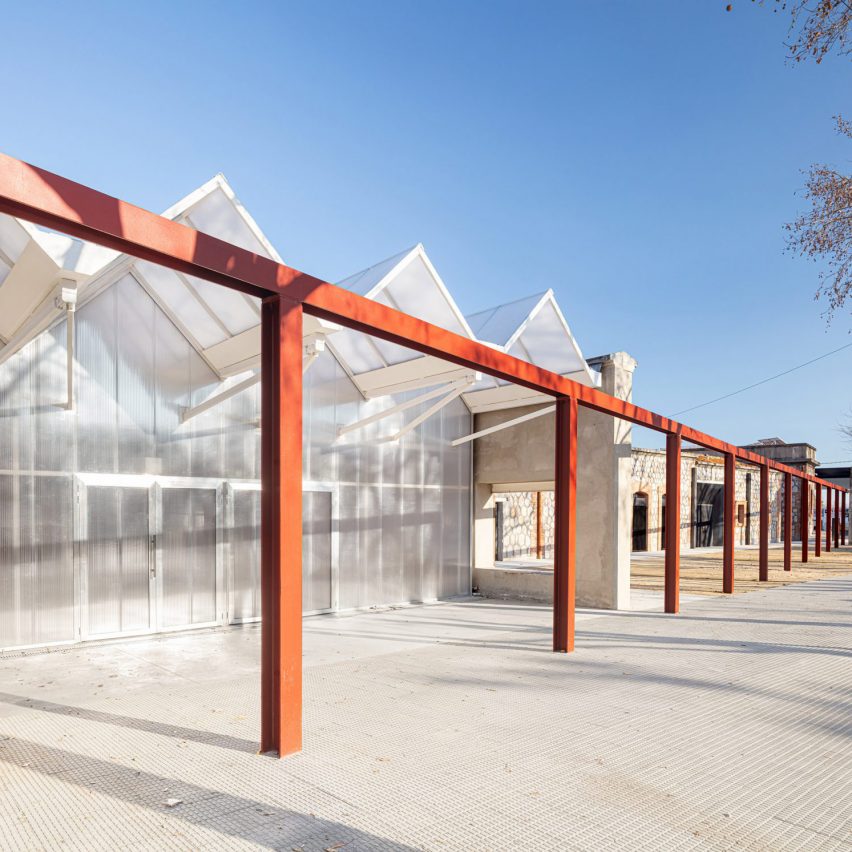 The centre now serves as a homeless shelter, soup kitchen and community space, and according to the studio is the first of its kind in Spain to combine these social services within one space.

Named the El Roser Social Centre, the building in Tarragona, Catalonia, previously operated as the Reus prison and then a school.

Josep Ferrando Architecture collaborated with Reus architecture firm Gallego Arquitectura to sensitively renovate the 1920s building as it is listed as a Cultural Asset of Local Interest and is included in the Inventory of Architectural Heritage of Catalonia.

The architecture studio reused much of the original structure, which was built in 1929 before being converted into a school in the 1970s, “to recover its constructive essence and discover the memory of the place”.

“The palimpsest dialogue is a challenge in rehabilitating a listed building,” Josep Ferrando Architecture told Dezeen. “We recovered the material and wall character and organised the plan to highlight the tectonic lightness of the roofs.” 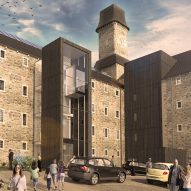 Josep Ferrando Architecture removed the wall surrounding the prison yard, replacing it with a steel frame that mimics the previous shape to create a public space open to the city.

The centre’s soup kitchen is located in a steel and glass addition to the building, while the more private shelter and community spaces were placed in the original structure.

The studio kept the prison’s original doorway and has introduced new windows and wet areas reminiscent of the originals so the centre is still reminiscent of a prison.

While the space remains austere, furnishings have been added to create a sense of warmth for the guests who reside there.

The site was redeveloped for the Reus City Council, with the building retained as part of the area’s renewal and for carbon efficiency.

“The argument for not demolishing a building was primarily a question of heritage conservation,” said Josep Ferrando Architecture.

“The inestimable loss of heritage and memory is associated with the equally important loss of incorporated energy that a new building replacing the existing one cannot compensate for.”

The photography is by Adrià Goula.