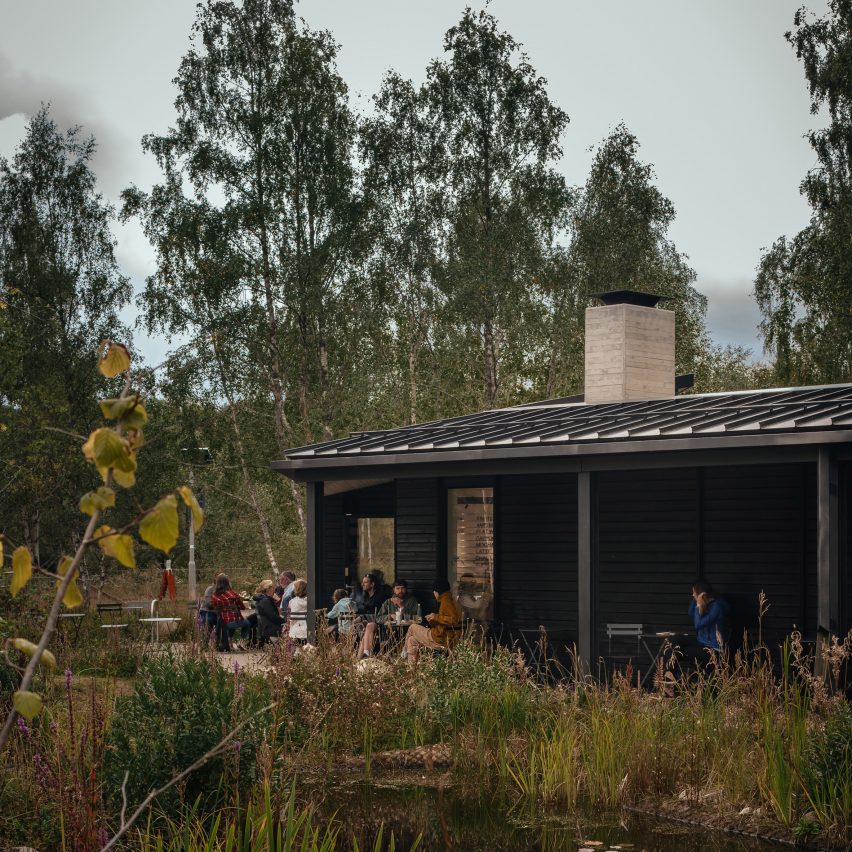 This video shot by Stephenson& highlights Moxon Architects‘ self-designed Quarry Studios in Aberdeenshire, which is among the five buildings shortlisted for this year’s RIAS Andrew Doolan Best Building in Scotland Award.

It is one of five short films created by production studio Stephenson& that are being published by Dezeen in collaboration with the Royal Incorporation of Architects in Scotland (RIAS) to showcase the shortlist.

In the film, Moxon Architects‘ founder Ben Addy discusses the story of the remote Quarry Studios that incorporates his firm’s own office and a cafe, linked by a sheltered walkway.

Woven throughout the video are shots of the building, which has a low-lying form designed to nestle into its site on an old gravel quarry and encourage wildlife to take back over it.

“It made sense to take the building and sort of push it back into the landform,” Addy said in the video. “We see it as a kind of repairing some of what had gone before.”

Cafe employee Sophie Orr also shares her experience of the building in the video, explaining that it has  successfully integrated with nature and made the site “a good place for wildlife to be”. 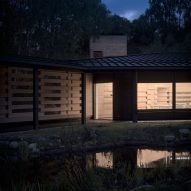 Moxon Architects builds a remote studio in the Scottish Highlands

Awarded annually by the RIAS, the Andrew Doolan Best Building in Scotland Award celebrates “the skill and talent of Scottish architects”.

Alongside Quarry Studios, the other shortlisted projects this year include two schools, a workplace and a mid-century renovation. Over the next five weeks, Dezeen and RIAS will publish videos produced by produced by Stephenson& documenting each of these projects.