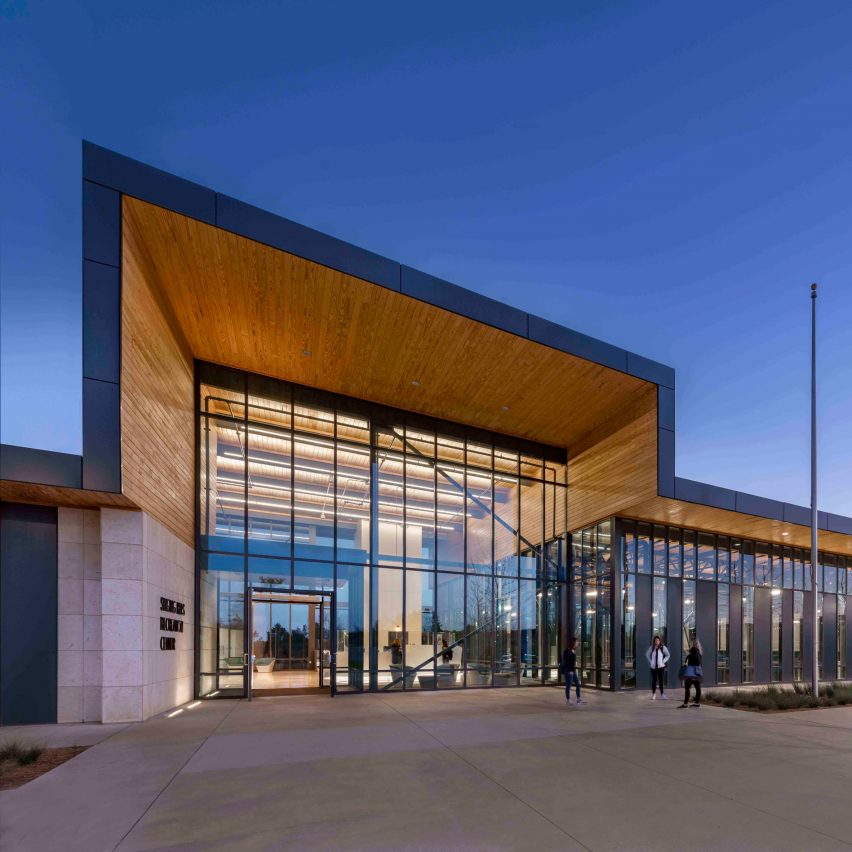 Large expanses of glass feature in a multi-generational community centre designed by architecture firm Perkins&Will for a neglected neighbourhood in Dallas, Texas.

The Singing Hills Recreation and Senior Center is located in a historically underserved neighbourhood in southern Dallas, next to a rail station. Perkins&Will completed the facility for a newly expanded commuter line.

The multi-generational centre is described as the first of its kind in the city and “a symbol of a more equitable future for the area” by the Dallas studio of Perkins&Will.

“The centre was developed as a much-needed response to efforts in oft-neglected South Dallas for a recreation centre for their minority community,” the team said.

“The facility’s design is a true reflection of the needs and desires of those using it on a day-to-day basis,” they added.

Encompassing 23,000 square feet (2,137 square metres), the building is long and rectangular in plan and stretches along an east-west axis. It sits on a natural limestone outcropping – a perch that offers views of downtown Dallas.

Its design was influenced by the geological evolution of the site over time.

“By abstracting the natural characteristics of the site, the building integrates itself as part of the landscape and enhances the human connection to nature,” the architects said.

Facades consist of charcoal-grey metal panels, limestone and large stretches of glass. Extensive glazing on the north ushers in ample in daylight and allows the natural terrain “to visually flow through the building”.

A flat roof with deep overhangs helps shade the facility. Soffits are sheathed in honey-toned pine that was certified by the Forest Stewardship Council. 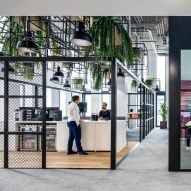 The entrance is marked by a double-height, glazed volume, and a the building has a simple, fluid layout.

The west end encompasses the senior centre, while the east side holds a large gymnasium that is partly sunken into the ground.

The central portion holds a range of spaces – a fitness room, a dance/yoga studio, a game room, two multipurpose rooms and a tech lab.

Rooms are fitted with durable finishes and decor. Flooring ranges from terrazzo in corridors to rubber and maple in exercise areas. Splashes of colour were informed by the native wildflowers that dot the surrounding landscape.

A variety of activities are hosted at the centre, from sporting games to coronavirus vaccinations.

“The centre is a place the community can go for support of all kinds,” the team said. “When Covid-19 vaccinations first became available, the centre quickly set up a vaccination site and served those in need.”

Perkins&Will has more than two dozen studios around the world. Other Texas projects by the firm include an office interior for a healthcare provider that is organised around a large steel staircase and a tiered wooden platform for meetings.

The photography is by James Steinkamp.