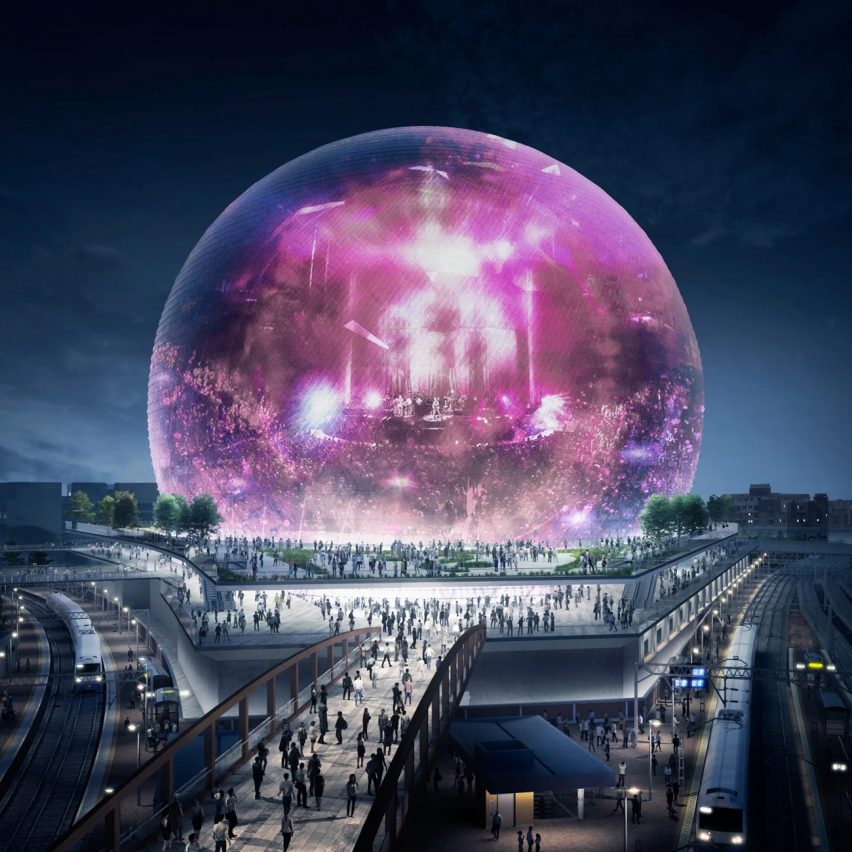 Architecture studio Populous has been given the green light to build a 90-metre-high spherical music venue near the Olympic Park in east London for the organisation that runs New York’s Madison Square Garden (MSG).

The London Legacy Development Corporation’s planning committee voted six to four in favour of the proposal, despite 852 objections submitted in opposition to the project.

Other stories in this week’s newsletter include Zaha Hadid Architects’ dune-like Beeah Headquarters in Sharjah, news of SHoP Architects’ supertall Brooklyn Tower topping out in New York and an opinion piece on inclusivity in design by Priya Khanchandani.

Dezeen Agenda is a curated newsletter sent every Tuesday containing the most important news highlights from Dezeen. Read the latest edition of Dezeen Agenda or subscribe here.

You can also subscribe to Dezeen Debate, which is sent every Thursday and contains a curated selection of highlights from the week, as well as Dezeen Daily, our daily bulletin that contains every story published in the preceding 24 hours on Dezeen.