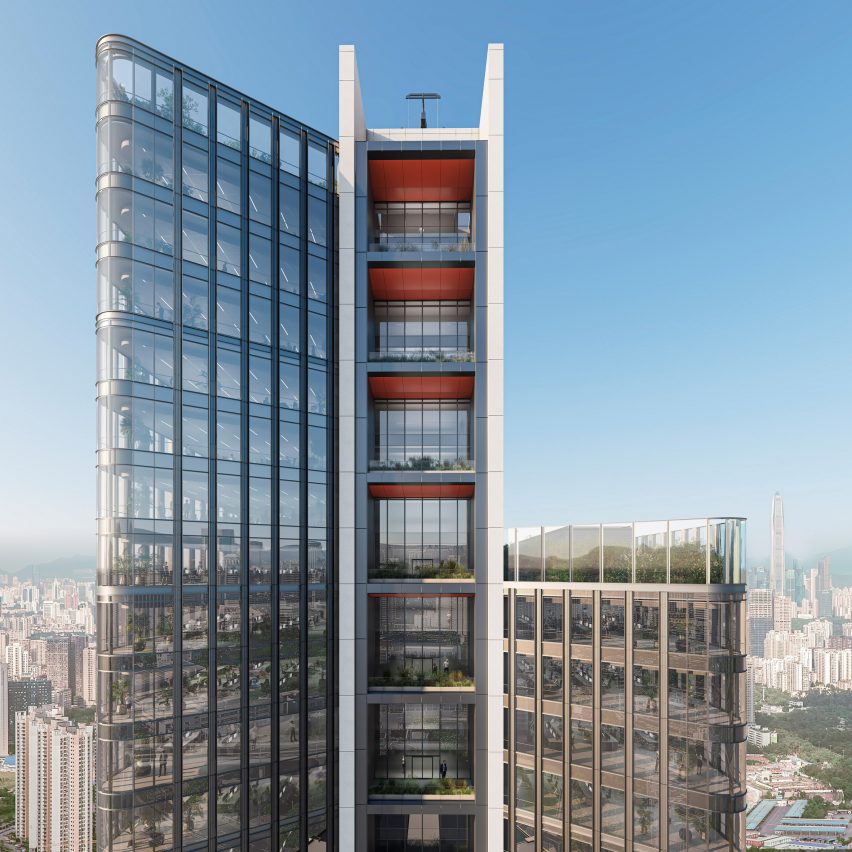 Architecture studio RSHP has revealed its design for an office skyscraper in Shenzhen, China, with glazed office wings extended from a central concrete tower.

The 45-storey skyscraper has two glazed office wings arranged on either side of a central concrete tower containing circulation.

“Mega trusses” located on every 12th level of the building will support the office wings to allow uninterrupted views from the fully-glazed walls.

A health centre and offices for state-owned companies are planned for the lower levels of the tower, while mid to higher levels will contain commercial office space with green terraces.

The south side of the tower will be connected to a six-level podium, which will be used as a retail and cultural centre. The double-height glass structure will be supported by slim columns.

The tower’s entrance will be located within the podium at street level. There will also be sports facilities, a library, retail, and a double-height arts exhibition space in the podium, which will be topped with a green roof.

A sunken retail plaza below the building will be connected to the existing Futian Bonded Zone metro station. 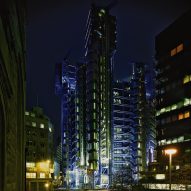 “The composition of the tower is elegantly poised above the interlocking podium, commanding a key position adjacent to both metro and bus station connections,” said RSHP partner Richard Paul.

“Open and welcoming, the building celebrates its connectivity with the broader public realm and the park to the east, where the landscape and public access flow seamlessly over the roof of the podium.”

According to RSHP, the tower will be completely naturally ventilated, with 10 per cent of the glass facade being openable windows.

Also in Shenzen RSHP is designing an airport terminal with an undulating, sweeping roof that emulates the pattern of airflow. Elsewhere, it has recently unveiled its design for a mixed-used development in Seoul featuring red-painted steel columns, trusses and cables.

The visuals are by Atchain.

Dezeen is on WeChat!

Click here to read the Chinese version of this article on Dezeen’s official WeChat account, where we publish daily architecture and design news and projects in Simplified Chinese.