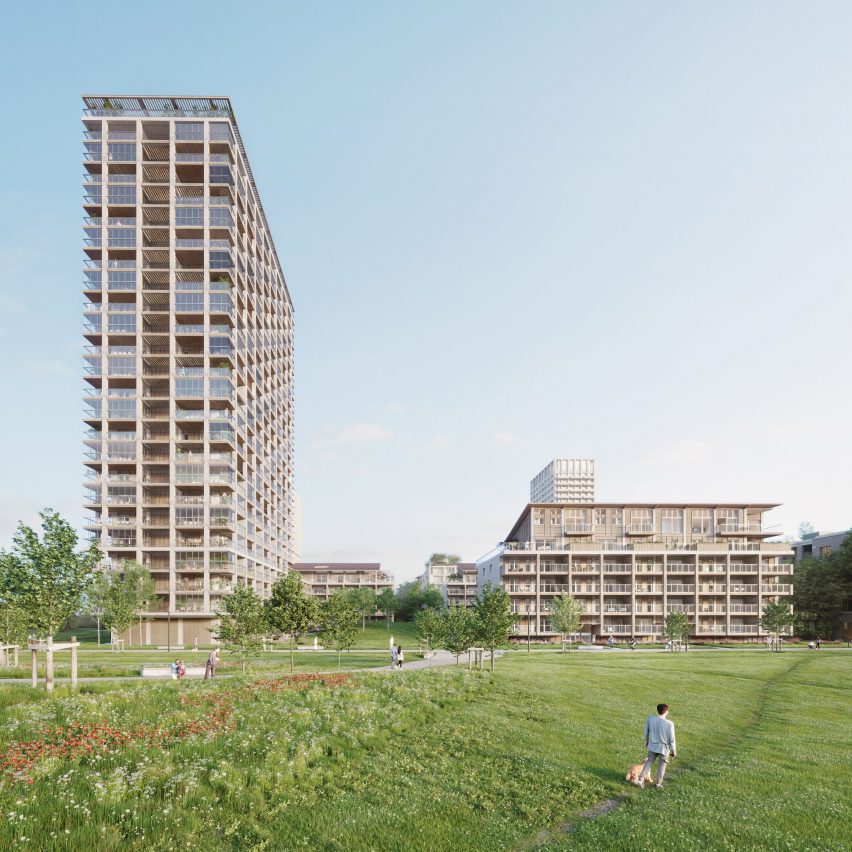 Japanese architect Shigeru Ban‘s studio has designed a pair of wood-clad housing blocks in Belgium named Ban, which will sit alongside a courtyard “where people can unwind”.

Due to complete in 2025, Ban will comprise a low-rise, six-storey block and a 25-storey tower, containing a total of 295 residential units.

Under construction in Antwerp’s Nieuw Zuid neighbourhood, the project is named after Pritzker Architecture Prize-winning architect Ban, who is the founder of Shigeru Ban Architects.

The studio has also designed an outdoor area for the scheme that will be landscaped by Belgian landscape architect Bas Smets to evoke a Japanese courtyard garden and offer a place in which people can relax.

“I wanted to create a place where people can unwind,” said Ban.

“A green environment is relaxing. In Japan, we have a term for that: shinrin-yoku. Relax by immersing yourself in greenery.”

The Ban housing will feature alongside a series of other buildings by leading architects in the Nieuw Zuid neighbourhood, which is being developed by local developer Triple Living.

This includes the recently completed Palazzo Verde, or the Green Palace, by Italian studio Stefano Boeri Architetti, which has a facade covered in more than 1,000 plants, and the concrete Tim Van Laere Gallery by Office Kersten Geers David Van Severen.

Ban is being constructed with a hybrid structure of wood, concrete and steel. This is in an effort to limit the use of concrete throughout the project.

The wooden elements of the structure will be complemented by wood cladding that will encompass both buildings. 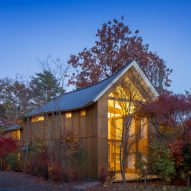 Ban’s smaller structure, named Block 21, will have a U-shaped plan, while its 800-metre-high tower, named Block 24, will be L-shaped.

The two buildings will be connected below ground by three subterranean levels containing commercial spaces.

Inside the blocks, the apartments will range in size from one to three bedrooms. There will also be duplex penthouses.

All the homes will be light-filled, with windows and terraces placed to frame views of the Scheldt River and Nieuw Zuid Park.

Japanese architect Ban founded his eponymous studio Shigeru Ban Architects in Tokyo in 1985. He won the Pritzker Architecture Prize in 2014 and more recently was announced as an ambassador for the EU’s New European Bauhaus in 2021.

His studio often opts for wood in its projects, with other recent examples being an open-air platform for meditation in Japan and a curved Swatch Headquarters in Switzerland.

The visuals are courtesy of Triple Living.